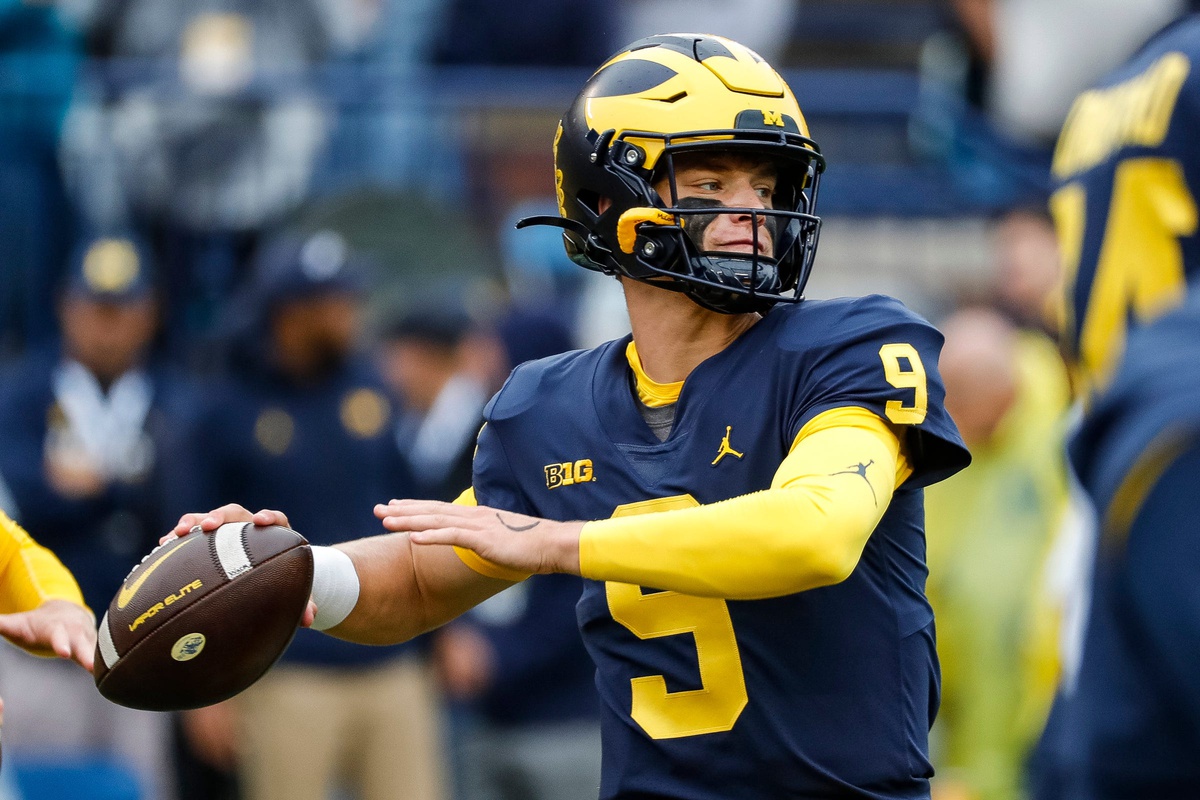 At the start of the season, one of the games that everyone had circled on the calendar was the Red River Shootout between the Texas Longhorns and Oklahoma Sooners. OU and Texas were the future market choices to win the Big 12 Conference. Now, that is a faded memory. Oklahoma has lost back-to-back games with a defense that has been rendered helpless. At the same time, Texas has lost two games, including at Big 12 bottom-feeder Texas Tech. But as gamblers turn the page, Week Six has far better matchups and betting opportunities.

Kickoff time from Memorial Stadium is Noon ET, with television coverage on FOX. Michigan opened as a 22-point favorite.

It is becoming more evident that the Indiana Hoosiers were an outlier and fluke in 2020. So too, were the Michigan Wolverines in that pandemic year. Since last season, the Wolverines have emerged as one of the nation's toughest, nastiest, and best programs. In comparison, the Hoosiers have reverted to their mediocre ways. Indiana is hopelessly outclassed in this spot.

Kickoff time from Tiger Stadium is Noon ET, with television coverage on ESPN. Tennessee opened as a 2.5-point favorite.

The Tennessee Volunteers are coming off a bye week that followed a satisfying home win over the Florida Gators. And that is the problem. This week’s game at the LSU Tigers has letdown and trap written all over it. Tennessee will have to shake off the cobwebs for an early kickoff against a rapidly improving LSU team that Brian Kelly competently coaches.

Kickoff from David Booth Kansas Memorial Stadium is at Noon ET with television coverage on FS1. TCU opened as a 7-point favorite.

Speaking of a letdown spot, the TCU Horned Frogs face one here at the Kansas Jayhawks. ESPN Gameday is coming to Lawrence for one of the biggest home games in KU history. Last week the Frogs played a near-perfect game in a landmark win over the Oklahoma Sooners. Undefeated Kansas is getting a touchdown at home and has proven to be one of the most innovative programs in the country. KU coach Lance Leipold leads the coaching carousel for a reason.

Kickoff time from Sanford Stadium is set for 3:30 p.m. ET, with television coverage on CBS.

Auburn Tigers head coach Bryan Harsin is a dead coach walking. And he looks like a United States President presiding over a depression. Perhaps because that is what he is doing in a football way. Auburn is outclassed in nearly every game. And a matchup at the defending national champions will add to the stress.

The Georgia Bulldogs were lucky to get out of Missouri alive last week. After two consecutive sloppy performances, expect head coach Kirby Smart to unleash the junkyard dogs.

Kickoff time from Bryant Denny Stadium is 8 p.m. ET, with television coverage on CBS. Alabama opened as a 24-point favorite.

Texas A&M Aggies head coach Jimbo Fisher ripped Alabama Crimson Tide head coach Nick Saban for saying that A&M “buys” its players. Saban later apologized. But the Nicktator is not one to forgive or forget. And Jimbo is bringing a popgun offense to revenge-minded Alabama. Last year’s Alabama loss in Aggieland is about to be avenged.

Kickoff time from Stanford Stadium is 11 p.m. ET, with television coverage on ESPN. Oregon State opened as a 7-point favorite.

Stanford Cardinal head coach David Shaw is increasingly coming off as sleepy, low energy, and losing his grip on a once-strong program. Stanford’s fickle fans were not reliable in the school’s glory days. Now, there are no fans. Oregon State is looking to get back on track after two Pax-12 Conference losses. The improving Beavers are 3-2 and nearly upset the USC Trojans two weeks ago.