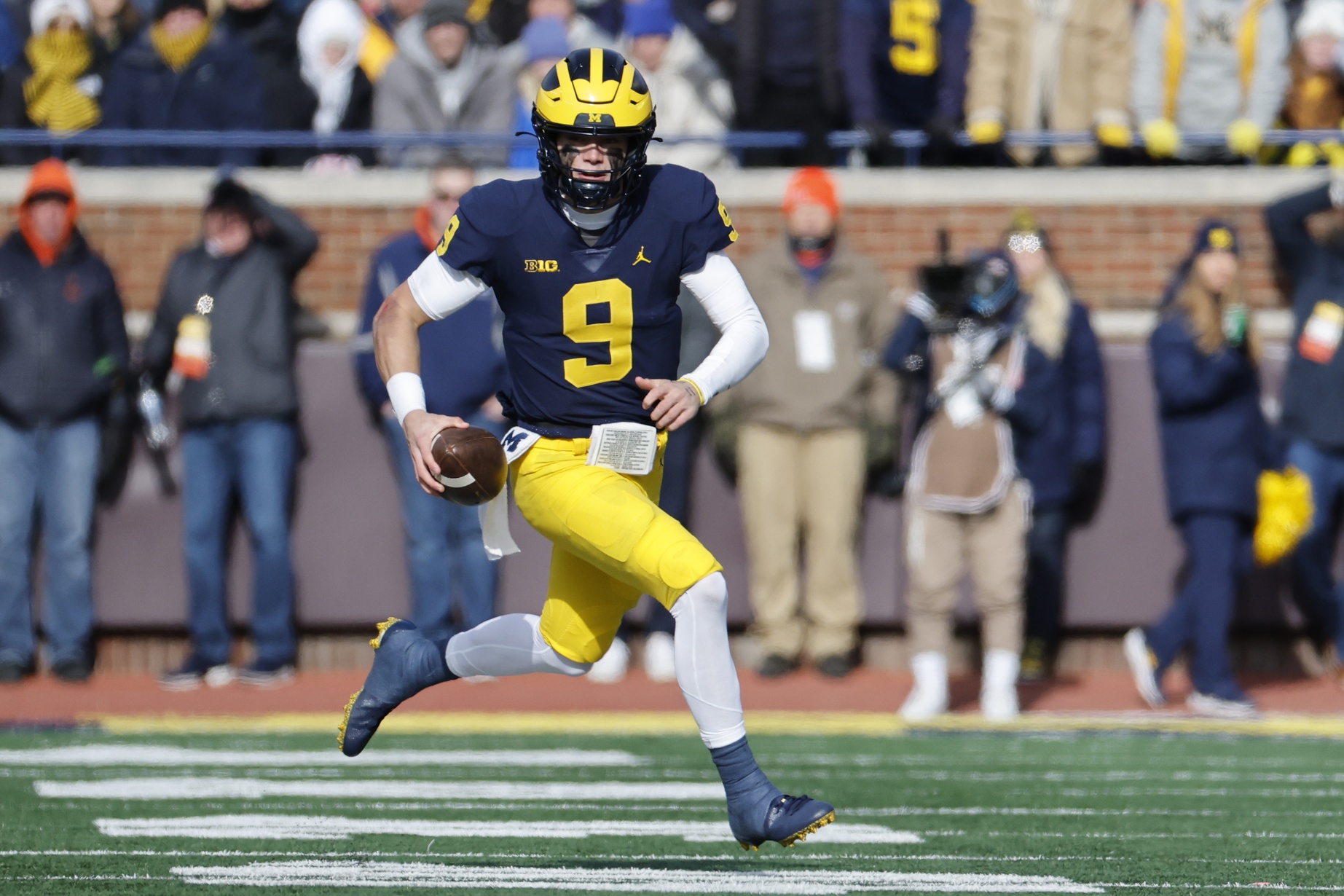 Last year, an unbelievable result was produced, as the Michigan Wolverines humiliated the Ohio State Buckeyes in a massacre for the ages. Following the epic triumph, Ann Arbor, Michigan, was transformed into America’s biggest party. Additionally, Michigan coach Jim Harbaugh busted Ohio State coach Ryan Day’s balls about “being bored on third base.” Since then, Day has done his best to profit from the loss. He spent the offseason beefing up his team’s toughness and defense for Saturday’s rematch. Michigan is looking every bit as tough and nasty as it did last year.

Kickoff time at Kinnick Stadium is at 4 p.m. ET, with television coverage on Big Ten Network. Iowa opened as a 10.5-point favorite.

The Iowa Hawkeyes may not have much offense, but their defense is one of the best in the land. And that leads into their matchup with the Nebraska Cornhuskers. Nebraska’s offensive line is helpless and can’t generate a reliable ground game. The Huskers' offense has become utterly impotent. That is not a good combination for this matchup.

Kickoff time at Bobby Bowden Field at Doak Campbell Stadium in Tallahassee, Florida, is at 7:30 p.m. ET, with television coverage on ABC. Florida State opened as a 10-point favorite.

Last week the Florida Gators learned just how far they have to go on their rebuild with a loss at the Vanderbilt Commodores. Meanwhile, the Florida State Seminoles are back as a top contender under the masterful leadership of Mike Norvell.

Kickoff time at Boone Pickens Stadium is at Noon ET, with television coverage on ESPN2. Oklahoma State opened as a 9.5-point favorite.

West Virginia fired its athletic director last week, which likely means that the Mounties will hope to ride on the coaching carousel next week. Oklahoma State started the season strong but faded down the stretch. Still, Oklahoma State should be able to light up the defenseless Mountaineers. Oklahoma State is bowl bound and will want to atone for their loss at Oklahoma last week.

Kickoff time at Ohio Stadium is at Noon ET, with television coverage on FOX. Ohio State opened as a 7.5-point favorite.

The Buckeyes are an expensive favorite in this spot. And the Michigan defense is stout enough to keep the Wolverines in the game. Ohio State’s vulnerabilities were exposed last week in a close call at Maryland. Michigan is getting the better price in this matchup.

Kickoff time at United Airlines at the LA Memorial Coliseum is at 7:30 p.m. ET, with television coverage on ABC. USC opened as a 4.5-point favorite.

Out of nowhere, the USC Trojans have emerged as a serious College Football Playoff contender. USC is coming off an impressive win at UCLA last week to clinch a spot in next week’s Pac-12 championship game. Notre Dame is improving under rookie head coach Marcus Freeman. And the Irish are playing their best football down the stretch. But USC has far more to play for in this ancient rivalry.

Kickoff time at Bill Snyder Family Stadium is at 8 p.m. ET, with television coverage on FOX. Kansas State opened as a 12-point favorite.

Following a great start that put them into the national rankings, the Kansas Jayhawks are in free fall. Still, Lance Leipold has done the impossible by putting KU into a bowl game. Meanwhile, the Kansas State Wildcats can punch their ticket for next week’s Big 12 championship game with a win on Saturday night.

Chris Klieman has produced one of the best coaching performances in the country. Kansas State has gotten better with backup quarterback Will Howard after Adrian Martinez was lost to injury. Kansas State has the vastly superior defense and owns the Sunflower Showdown series.