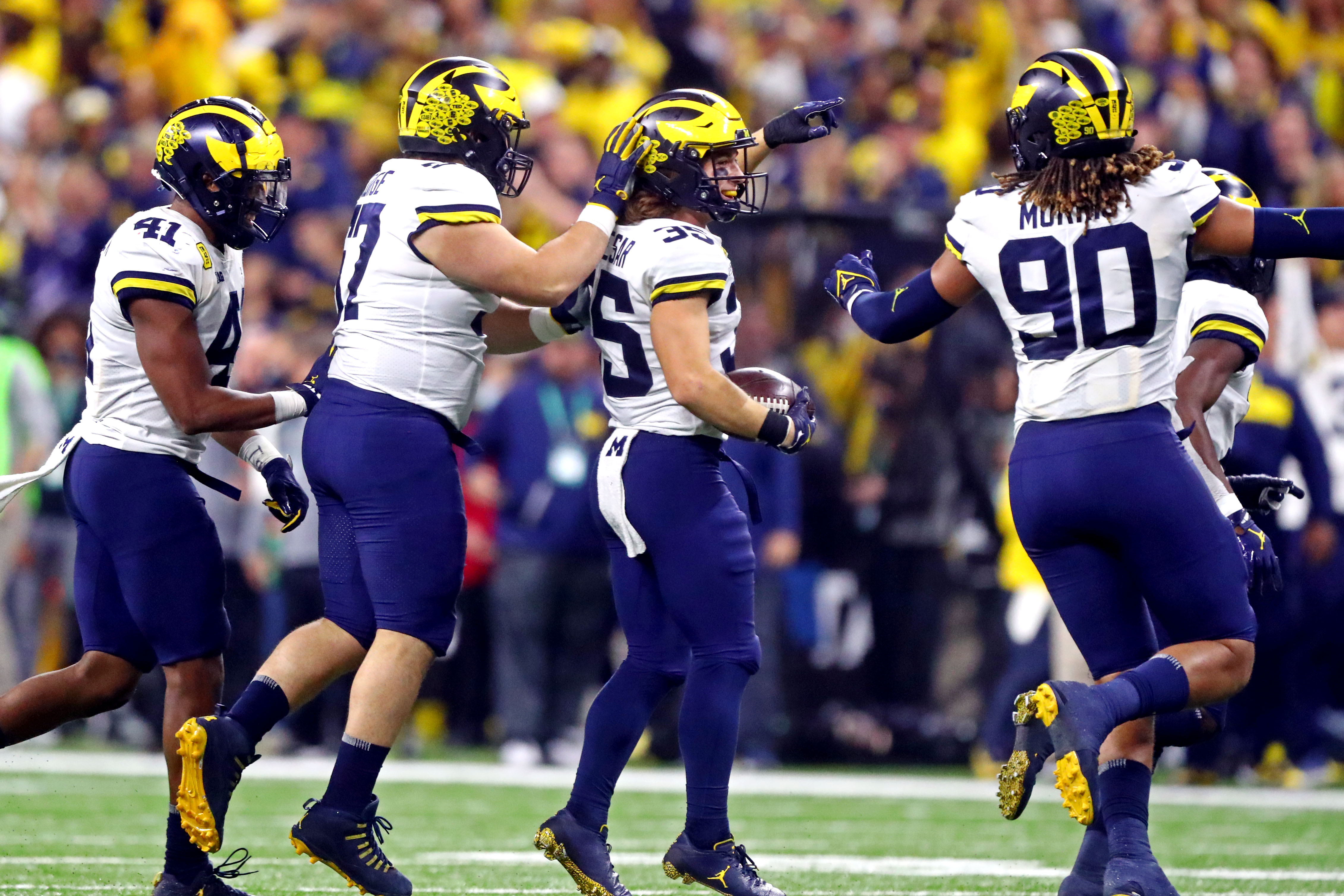 Certainly, the Georgia Bulldogs are one of the most successful programs in college football. But the one thing they haven’t been able to do is to climb the SEC mountain against the Alabama Crimson Tide dynasty. To show, in the SEC Championship, the Bulldogs were solid College Football Odds favorites over the Tide. Yet Alabama emasculated Georgia when it mattered most. As a result of that defeat, UGA dropped from the #1-seed for the College Football Playoff. Now, Georgia faces doubts from the gambling public and perhaps themselves as they prepare to face a rock-ribbed Michigan Wolverines team in the Orange Bowl.

The Georgia Bulldogs will face the Michigan Wolverines in the Orange Bowl on Friday, December 31, 2021, at 7:30 p.m. ET, with television coverage on ESPN. This College Football Playoff Game will take place at Hard Rock Stadium in Miami Gardens, Florida.

Georgia opened as a 7.5-point College Football Betting favorite with a total of 45. Check the SugarHouse Sportsbook for the latest odds.

Much of the Georgia price can be attributed to its status as the #1-ranked team for most of the regular season. Further, the Dawgs are an SEC blueblood. Casual money is going heavy on the Bulldogs based on those factors. Michigan will draw plenty of Wise Guy money as a power team getting over a touchdown on the board. Also, sharps like the current form of the Wolverines. To illuminate, Michigan is coming off blowout payouts over Ohio State and Iowa in its last two games.

Founded in 1935, the Orange Bowl has a rich history. This bowl emerges from modest beginnings into one of the elite New Year’s Six Offerings on the annual bowl schedule. The Orange Bowl is famous for the many national championship games it has produced through the years. From 1938 through 1996, the historic Orange Bowl Stadium hosted this game.

Georgia enters this game with a record of 12-1 straight up, 8-5 against the spread, and 6-7 over/under. UGA ranks 28th for total offense and 7th for scoring offense. Defensively, the Bulldogs rank 2nd overall and 1st for points allowed. In the SEC Championship Game, Georgia lost to Alabama 41-24 as 6-point favorites. Also, the matchup cleared the NCAAF Betting Odds total of 48.5.

Georgia coach Kirby Smart is a top-three recruiter. He believes great players will consistently beat great schemes. Yet Smart has failed to find a dominant quarterback to get his team over the championship hump. Alabama exploited this trait in the SEC title game,

Michigan is 12-1 straight up, 11-2 against the spread, and 7-6 over/under. The Wolverines rank 19th for total offense and 13th for scoring offense. Defensively, Michigan is 12th overall and 4th for points allowed. In the Big Ten title game, Michigan destroyed Iowa 42-3 as an 11.5-point favorite. Michigan and Iowa cleared the NCAA Vegas Odds total of 43.5.

Michigan nearly fired coach Jim Harbaugh at this time last year. Instead, Harbaugh is now the national coach of the year awardee. Harbaugh went back to his old school roots for 2021. Not to mention his devotion to the gospel of Bo Schembechler, the late great Michigan legend and Harbaugh’s college coach. Power running and stout defense with zero mistakes have proven to remain an old-school recipe for success. Michigan has regained the toughness and manhood that it was famous for in the Schembechler Glory Years.

Michigan has visited the cashier’s cage in their last five games. But the Wolverines have failed to cover their most recent four-bowl games. The Bulldogs are 5-0 over the total as bowl game favorites of between 3.5 to 10 points.

On the whole, few if any teams play a more masculine brand of football than Michigan. The Wolverine defense is stout and vicious. Meanwhile, the Michigan offense emerged as almost as valuable. Of major concern is the troubling Georgia quarterbacking situation.