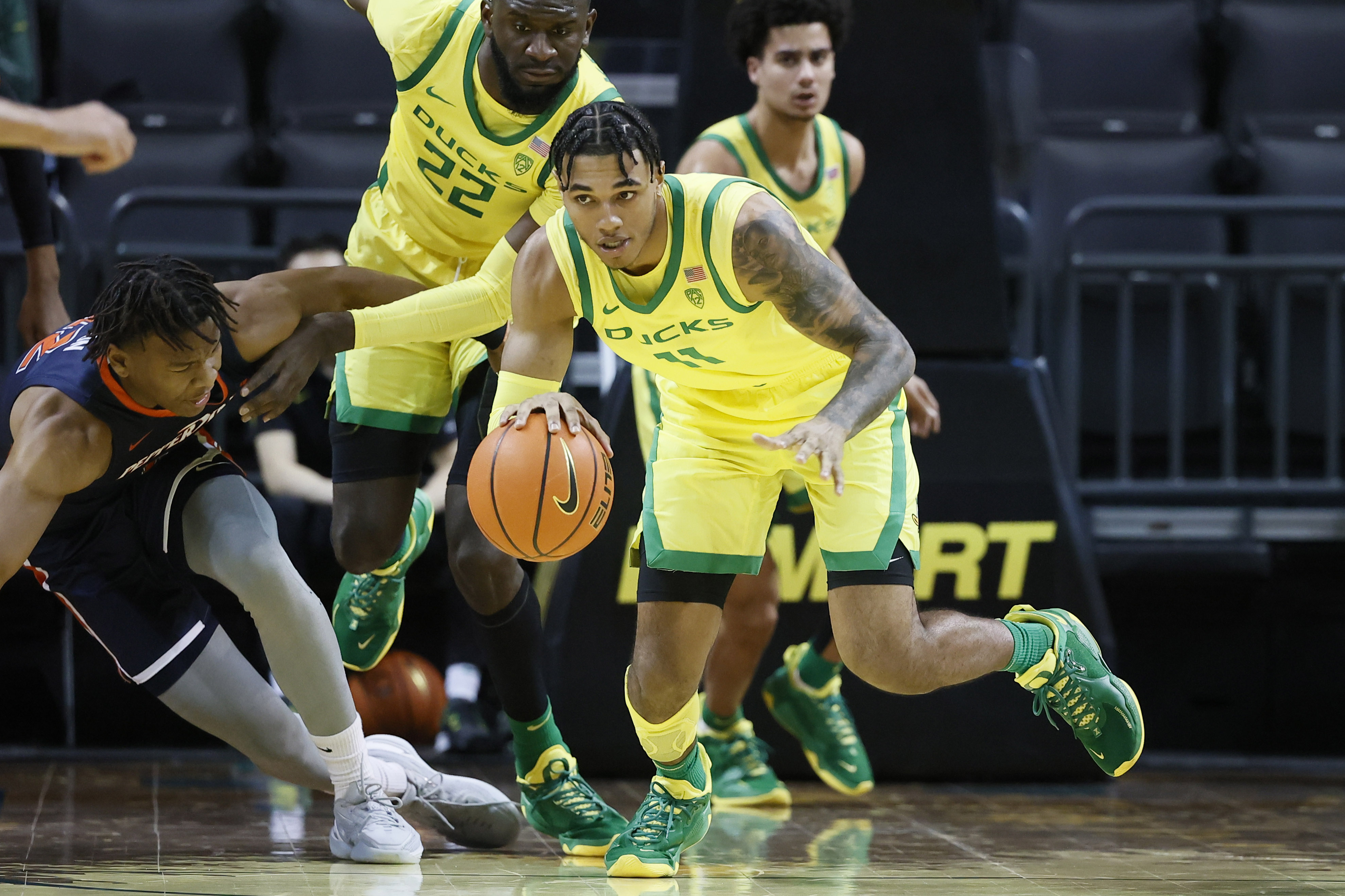 The Oregon Ducks are in their most successful era in program history. But this year, the Ducks have stumbled out of the gate and are busting Las Vegas Betting Odds College Basketball bankrolls. The UCLA Bruins have the opposite problem. UCLA is ranked 3rd in the country, but that status is catching up with them on the board. The Bruins have always been a name-brand team, but the square money is damaging their value like few seasons in recent memory. On Thursday night, UCLA will host Oregon in an ESPN Pac-12 showdown.

On Thursday, January 13, 2022, the UCLA Bruins will host the Oregon Ducks at Pauley Pavilion in Westwood, Los Angeles, California. Tipoff time is set for 9:30 p.m. ET with television coverage on ESPN.

Be sure to check for line updates on this game and the rest of the college basketball card at the SugarHouse Sportsbook.

In the minds of the masses, The UCLA Bruins are College Basketball Odds Lines royalty. Indeed, UCLA is in the Mount Rushmore of the sport with Kentucky, Kansas, North Carolina, and Duke. Yet there is a myth to the UCLA brand. Since John Wooden ended his epic career with a national championship in 1975, UCLA had only one natty won in 1995. But the power of the Wooden dynasty lives on to this very day at sportsbooks. Grandfathers and fathers tell their sons and grandsons about the glory of UCLA basketball.

To this day, the image of a blue blood is built into the price that gamblers see. And last year’s Final Four appearance feeds into that beast. UCLA playing at home will draw massive betting handle from squares and fan boys in this game.

By contrast, the Oregon Ducks are more of a “new money” college basketball power. Since the arrival of Dana Altman in 2010, Oregon has been an NCAA Tournament regular. In the past two Big Dances, the Ducks made the Sweet 16. Additionally, Oregon was an Elite Eight team in 2016 and Final Four qualifier in 2017. Wise Guys like Oregon for being an under-the-radar type of power. However, they don’t like the lackluster start to the current season.

Late on, the Oregon Ducks have covered only two of their most recent seven Betting odds on College Basketball games. Seven of their last eight games went over the total.

Oregon stands at 8-6 straight up, 4-10 against the spread, and 8-6 over the total. National metrics show that out of 350 teams, Oregon ranks 197th for scoring offense and 126th for points allowed. Oregon ranks an abysmal 241st for field goal percentage allowed and 210th for 3-point field goal percentage allowed. Also alarming is the Ducks ranking of 316th for free throws and 267th for offensive rebounding.

In recent weeks, we have seen the effect of UCLA’s public popularity for Las Vegas Odds for College Basketball. To illuminate, the Bruins are winning on the hardwood but losing at the payout window. UCLA has covered only three of its most recent nine games. And then six of the previous seven Bruins games stayed under the total.

UCLA brings a record of 10-1 straight up, 5-6 against the spread, and 5-6 under the total. The Bruins rank 24th out of 350 teams for scoring offense and 109th for points allowed. UCLA is 28th in the nation for 3-point field goals.

Junior guard Johnny Juzang leads UCLA with 16.0 points per game. He averaged 16 points per game last season. Juzang has scored in double digits in every game but one this season.

Oregon’s terrible defense is not a good fit for this situation. Coach Mick Cronin is building a powerhouse at UCLA.