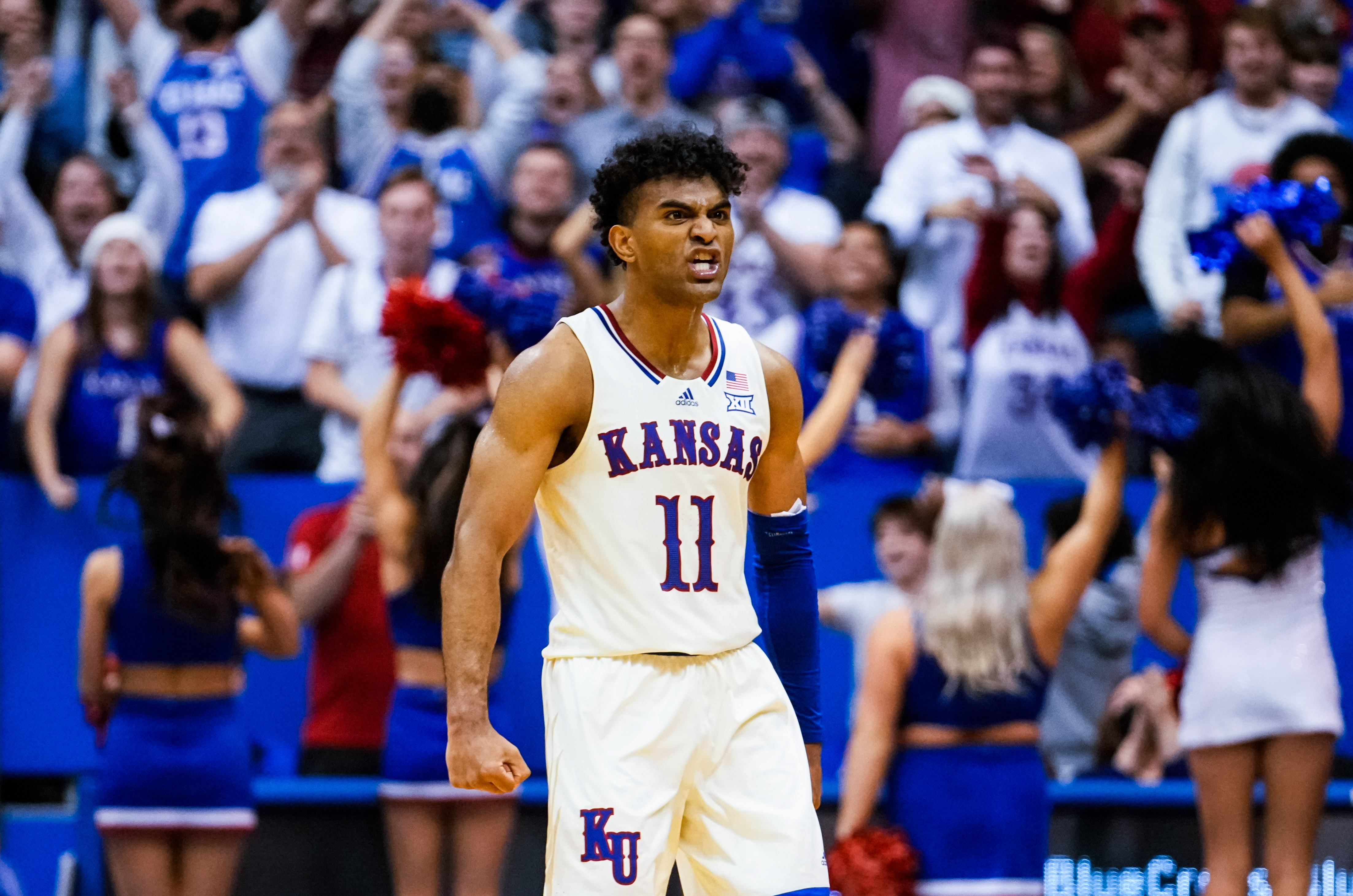 At the onset of the season, there were plenty of questions about the Texas Tech Red Raiders. The departure of head coach Chris Beard has gamblers concerned about the program sliding back. Beard is the only man in Texas Tech history to lead them to the Elite Eight and Final Four. Thus, gamblers have a wait-and-see approach for Las Vegas Betting Odds College Basketball. Of course, everybody knows who the Kansas Jayhawks are. At KU, the expectations never change. It’s Final Four or bust for the Crimson and the Blue.

On Saturday, January 8, 2022, the Texas Tech Red Raiders will host the Kansas Jayhawks at United Supermarkets Arena in Lubbock, Texas. Tipoff time is set for 4 p.m. ET with television coverage on ESPN2.

Be sure to check the SugarHouse Sportsbook for the latest odds on this game and the rest of the national college basketball card!

Most of the action with Free College Basketball Odds is going to Kansas. The Jayhawks are on the Mount Rushmore of college hoops blueblood programs. Casual gamblers that barely watch college basketball are familiar and comfortable with Kansas as a traditional national power. Of course, the oddsmakers are fully aware of this and will adjust the line accordingly to draw wagering action towards Texas Tech.

Compared to Kansas, the Texas Tech Red Raiders are “new money.” The Red Raiders don’t match Kansas for historical success. Yet the Red Raiders have plenty to brag about recently, including a berth in the 2019 national championship game. Further, Texas Tech made the Elite Eight in 2018. However, the man responsible for that transformation is gone. Head coach Chris Beard bolted for the riches and resources of the Texas Longhorns in the offseason. Beard’s top assistant, Mark Adams, has huge shoes to fill.

Late on, Kansas is in good form with five College Basketball Odds Lines payouts in their most recent seven games. Also, the Jayhawks went over the total in three of their last five matchups. Kansas stands at 12-1 straight up, 7-5-1 against the spread, and 9-4 over the total. KU ranks 8th out of 350 teams for scoring offense and 137th for points allowed. The sharpshooting Jayhawks rank 7th in the country for field goal percentage. Additionally, they rank an impressive 31st for defensive rebounding.

Senior guard Ochai Agbaji leads Kansas with 20.2 points per game. Agbaji has scored in double digits every game this season. Junior guard Christian Braun adds 16.8 points and 6.2 rebounds per contest. Braun has also been in double figures each game except for the season opener.

Texas Tech has struggled to maintain Betting odds on College Basketball value in recent games. The Red Raiders got the cash in just two of their most recent six outings. Also, Texas Tech went under the total in five of its most recent six outings. As a result, the Red Raiders are 10-2 straight up, 6-6 against the spread, and 5-7 under the total. Overall, Texas Tech ranks 56th out of 350 teams for scoring offense and 13th for points allowed. The suffocating Red Raiders defense ranks 16th for defending opponent’s field goals and 3rd for defensive rebounding.

Junior guard Terrence Shannon Jr leads the Red Raiders with 14.3 points per game. Shannon has scored at least 15 points in five of his most recent six games. Junior guard Kevin McCullar adds 13.5 points and 6.1 rebounds per game. McCullar has scored double digits in eight of his last nine games.

Texas Tech will bring the better Las Vegas Odds for College Basketball in this matchup. Kansas is too public of a team. Further, TTU has the metrics of a good team.

Top College Basketball odds and picks can be accessed and made at SugarHouse.