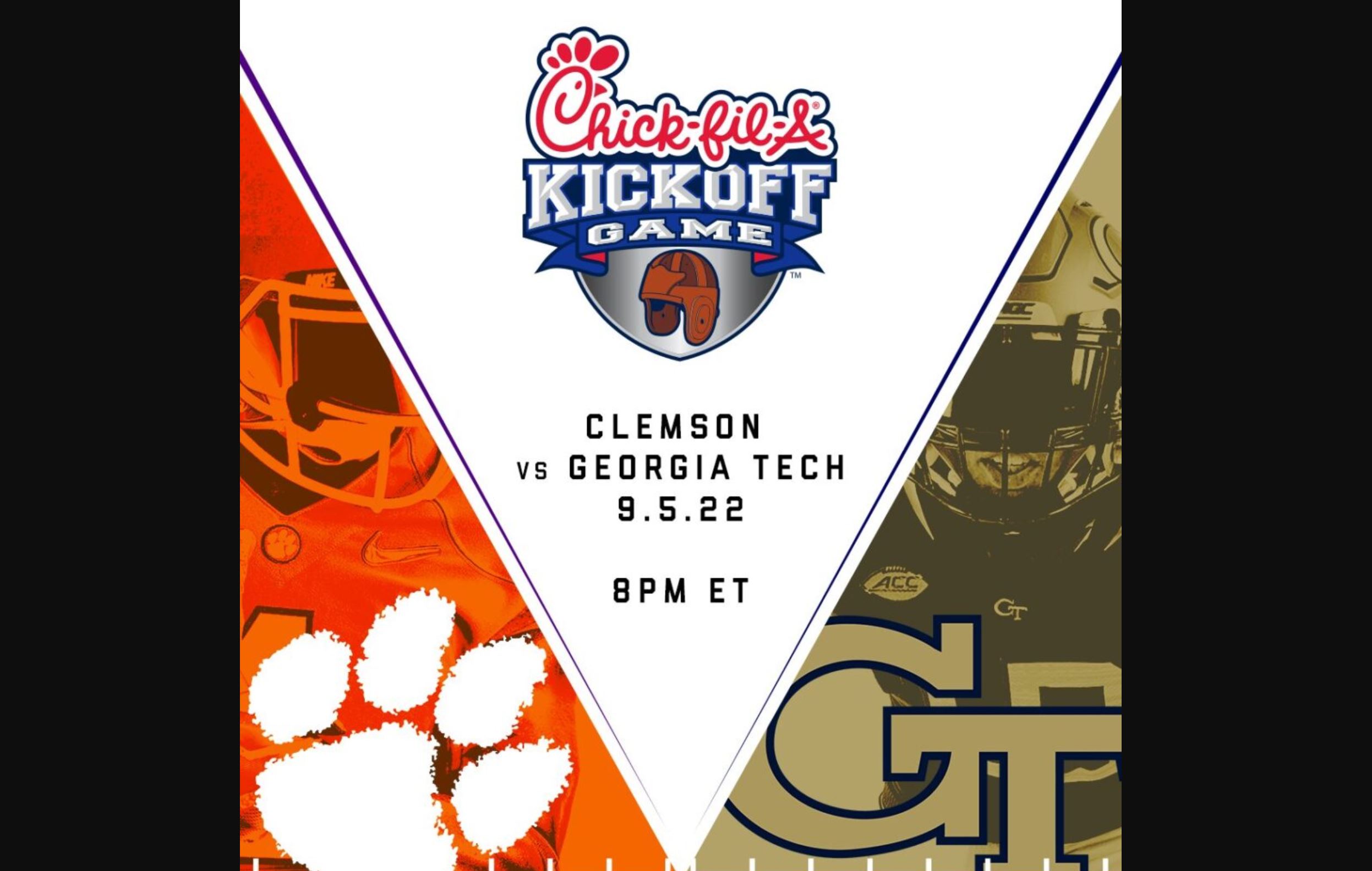 Clemson and Georgia Tech will face off in a Labor Day battle that will kick off the ACC season for both programs. The Tigers enter the matchup with national title hopes after a somewhat disappointing season where they missed the ACC Championship Game. Plenty of key players return, particularly on defense, which makes this a scary team to face.

Georgia Tech is still in the midst of a rebuild under head coach Geoff Collins. They’ve won three games in each of his first three seasons, but are hoping for improvement in Year 4. The Yellow Jackets lost five games by single digits last year, including one to this Clemson team on the road. We’ll see if they can flip the script in 2022.

Clemson returns a ton of production from a 10-win team. Most of that comes along the defensive front seven, which should be among the best in college football. Myles Murphy, Bryan Bresee, and Trenton Simpson are back after ranking second in the ACC in sacks last year.

DJ Uiagalelei is also back under center, though he’ll have something to prove in 2022. His job should be made easier by a rushing attack that will be the focal point of the Tigers’ offense.

For Georgia Tech, they’ll return their top passer and receiver from last season, though star running back Jahmyr Gibbs transferred to Alabama this offseason. While the offense can be productive behind the mobility of quarterback Jeff Sims, the defense has to improve. That unit was 11th in the ACC in total defense and dead last in America in pass efficiency.

Clemson enters as a huge favorite, and for good reason. They’ve won the last seven matchups in the series with three of the last four coming by four touchdowns or more. The last time these two teams played in Atlanta, the Tigers won 73-7.

But if there’s hope for the Yellow Jackets, it’s that they kept last year’s game close in Death Valley. Georgia Tech had a chance to win late but was stopped short on a goal line stand to lose 14-8. While the Jackets covered the spread in that contest with the Tigers, they’ve dropped 7 or their last 8 ATS.

If there’s a weak link in the Tigers’ armor, it’s that they’ll be replacing both their offensive and defensive coordinators. Brent Venables was a key piece to Clemson’s program-best run over the last decade, but he’s now off to Oklahoma. He’ll be replaced by a first-time coordinator in Wesley Godwin.

We saw the offense take a step back after losing OC Jeff Scott last season. Now, last year’s coordinator Tony Elliot is gone, too. Brandon Streeter will look to fill the void. Those losses on the coaching staff will be something to keep an eye on as the Tigers trek through the 2022 season.

The Yellow Jackets finally found their star player under Geoff Collins in Jahmyr Gibbs. The back tallied nearly 2,000 yards from scrimmage over his first two seasons, but he’s now off to Alabama to compete for a national championship. It’s certainly a hit for an offense that was already struggling to score points.

While QB Jeff Sims returns, he won’t be able to do it all for the Jackets. Georgia Tech has to find an offensive playmaker or they could be in for another long season.

Clemson will be on a bit of a revenge tour this season after falling from the spotlight in 2021. While they didn’t lose that matchup to the Yellow Jackets last season, it was too close for comfort. They’ll be looking to make a statement with a decisive victory on Labor Day.

That defense should limit Georgia Tech’s scoring opportunities and the Tigers will pull away in the second half of action.