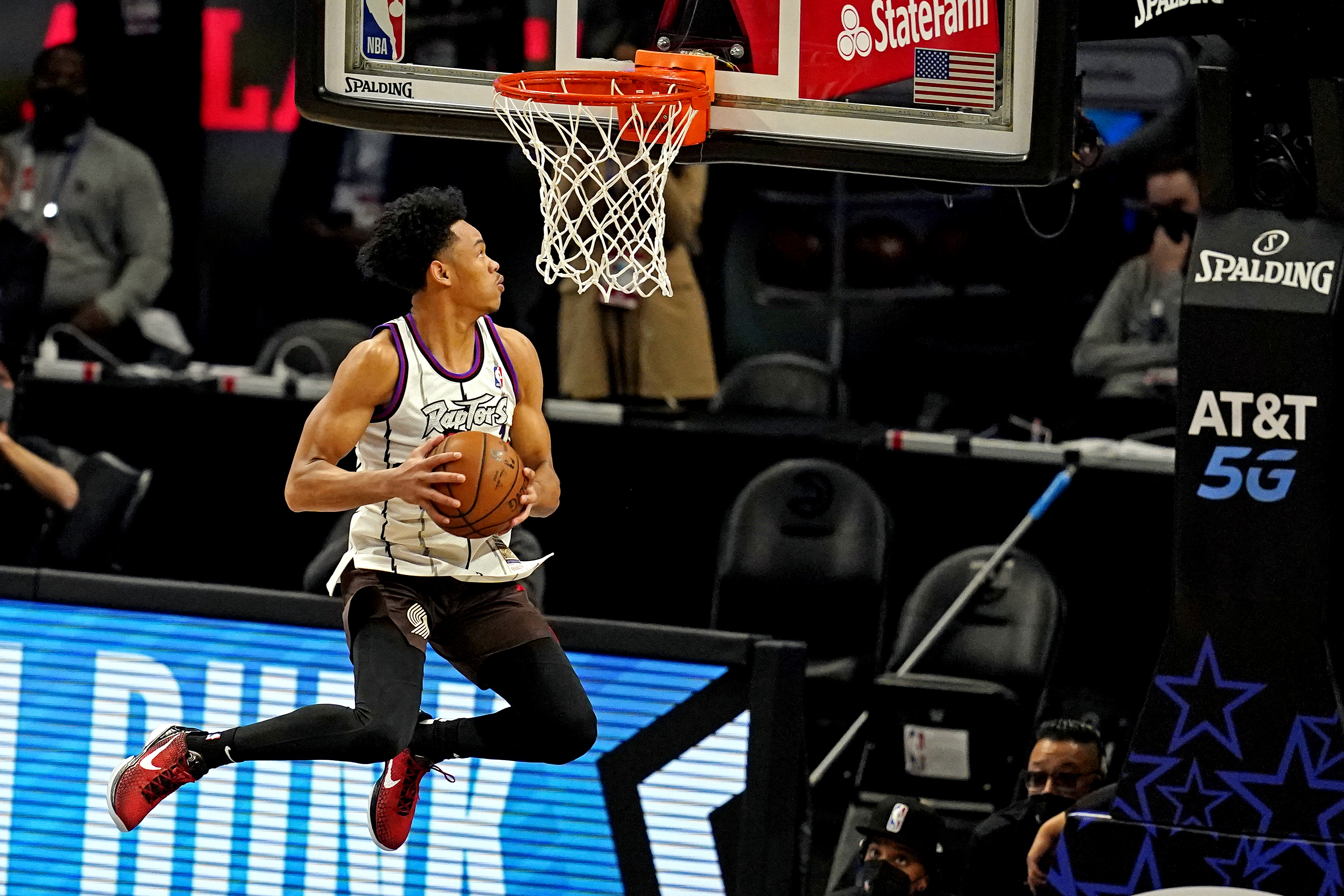 How the Odds Look

Incredibly enough, the NBA Slam Dunk contest was not born in the Association but instead in a rival league. The American Basketball Association held the first ever Slam Dunk contest in 1976 at Denver. It should come as no surprise that Julius Irving won the event. Dr. J would go on to stardom in the NBA when the leagues merged. Dr. J was celebrated for making a slam dunk from the free throw line in spectacular fashion.

After the ABA NBA merger, a Slam Dunk Contest was held during 1976-77. But the idea didn't catch on, and the idea was shelved, albeit temporarily.

The Explosion of the NBA Slam Dunk Contest

As popular as the NBA Slam Dunk Contest was in the 1980s, it was a fad that became stale as the 1990s progressed. It got to the point where fans and gamblers asked themselves how often can you watch guys dunk basketballs before it gets boring. The Slam Dunk contest has never reached the heights of its Glory Years of the 1980s. However, it has enjoyed a renaissance over the past decade.

Perhaps Blake Griffin reignited the NBA Slam Dunk Contest's excitement in 2011 when he jumped over the hood of a Kia sedan for a spectacular slam dunk that ultimately won him the award.

How the Contestants are Chosen

The criteria of how Slam Dunk Contest participants are chosen is pretty loose. Basically, it is based on the slam dunk creativity shown during actual NBA games during the season.

What is interesting about the NBA Slam Dunk Contest is that gamblers and fans are often surprised about who the contestants are. Pat Connaughton is an excellent example of a small player that is a backup for the Milwaukee Bucks. Yet Connaughton caught enough eyes, even as a reserve player, to get an invite to the 2021 Slam Dunk Contest. In the same way, the recent winners of the Slam Dunk Contest are usually not household names. Many stars such as LeBron James, refuse to participate because they see the event as one for one-dimensional players.

The NBA Slam Dunk Contest has an Olympic "Russian Judge" element to it. How the dunks are graded is a source of constant irritation. Gamblers have often voiced outrage at lost bets that they believe should have been winners.