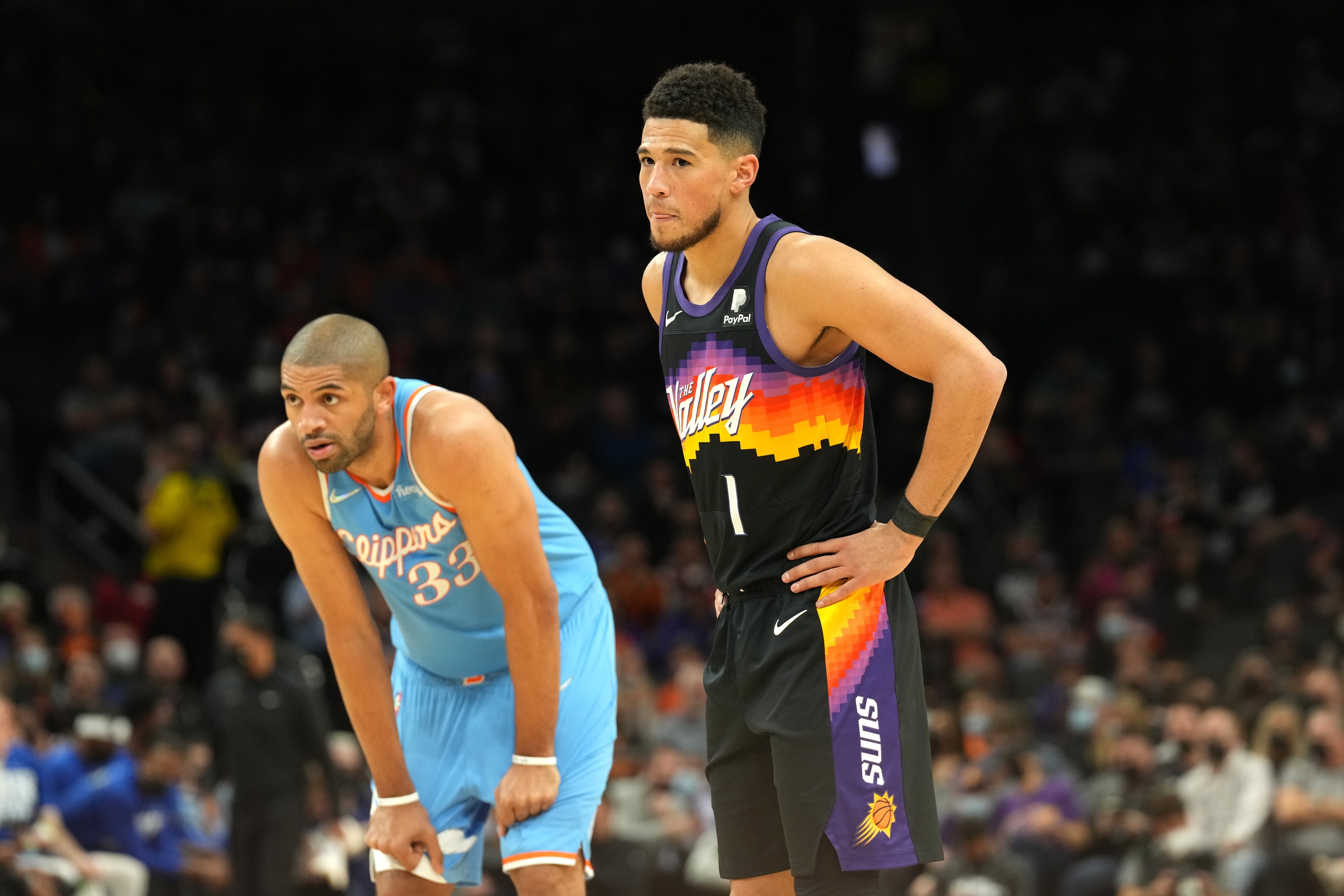 There are no NBA games on Monday night as everyone has the night off before the race to the finish. A lot is left to be determined over the last six days of the regular season, but the Phoenix Suns and Los Angeles Clippers both already know what they will be doing next week. Phoenix is locked into the No. 1 seed in the Western Conference and will have home court throughout the playoffs, while the Clippers are going to be the No. 8 seed in the play-in tournament. That means Wednesday night’s game could very well be a preview of a first-round matchup.

The Los Angeles Clippers will host the Phoenix Suns on Wednesday, April 6, 2022, from the Crypto.com Arena in Los Angeles, California. This game is scheduled to tip off at 10 p.m. ET on ESPN.

Phoenix is currently the top team with regards to NBA Finals picks. The Suns have +275 odds to win the NBA Championship at SugarHouse Sportsbook, and the team with the second-best odds is defending champion Milwaukee. Monty Williams is a -2000 favorite by the basketball betting odds to be named NBA Coach of the Year considering what he has done with Phoenix this season, and Mikal Bridges could be the Defensive Player of the Year.

Devin Booker won’t be named NBA MVP, but he has been the best player on the best team this season. Booker is currently the best No. 2 guard in the league, averaging 26.6 PPG, 5.0 RPG, and 4.9 APG while carrying a top 30 PER. We might only see Booker sparingly on Wednesday night though as he sat out of Sunday night’s game against Oklahoma City to rest before the playoffs.

The Suns have Chris Paul back, and he hasn’t missed a beat since returning from injury. CP3 is averaging 10.7 APG, leading the league in that department. He continues to show the value of having an old school point guard, as he doesn’t look for his own shot, but he instead looks to set up his teammates.

This team has depth too, and that will help the Suns throughout the grind of the playoffs. Phoenix has a handful of big men that they can throw at opposing teams to keep them off balance and a feisty backcourt. It will be tough for any team to take down the Suns as long as they stay healthy.

Health has been the subplot for the Los Angeles Clippers’ season. Kawhi Leonard has yet to take the floor this season after tearing his ACL in last year’s playoffs. Paul George missed most of the campaign, but he made his long-awaited return last Tuesday night after missing more than three months due to injury.

George has immediately been a difference maker with 34 points in his first game back against Utah. He gives this team a real scoring option now, and that will make the Clippers tougher than a No. 8 seed should be at this point.

A lot of credit should be given to Tyronn Lue for the Clippers being in position to make the playoffs. Leonard has missed the whole year and George will miss over 50 games, but the Clips have managed to hang around .500 with a motley collection of talent. The team is now hoping that Norman Powell can be ready for the playoffs too after he has missed nearly two months with a foot injury shortly after being acquired from Portland.

Guard play has been pivotal to the Clippers’ success over this season. Reggie Jackson, Luke Kennard, and Terance Mann are all averaging double digits, and Kennard and Mann have shot the ball relatively well.

We might see a lot of new faces in this game as both the Suns and Clippers are locked into their respective seeds. Los Angeles is fully focused on the play-in tournament at this point, while Phoenix is wanting to be as healthy as possible for the postseason. That means you shouldn’t bet on this game until taking a look at the lineups a few hours before tip off.