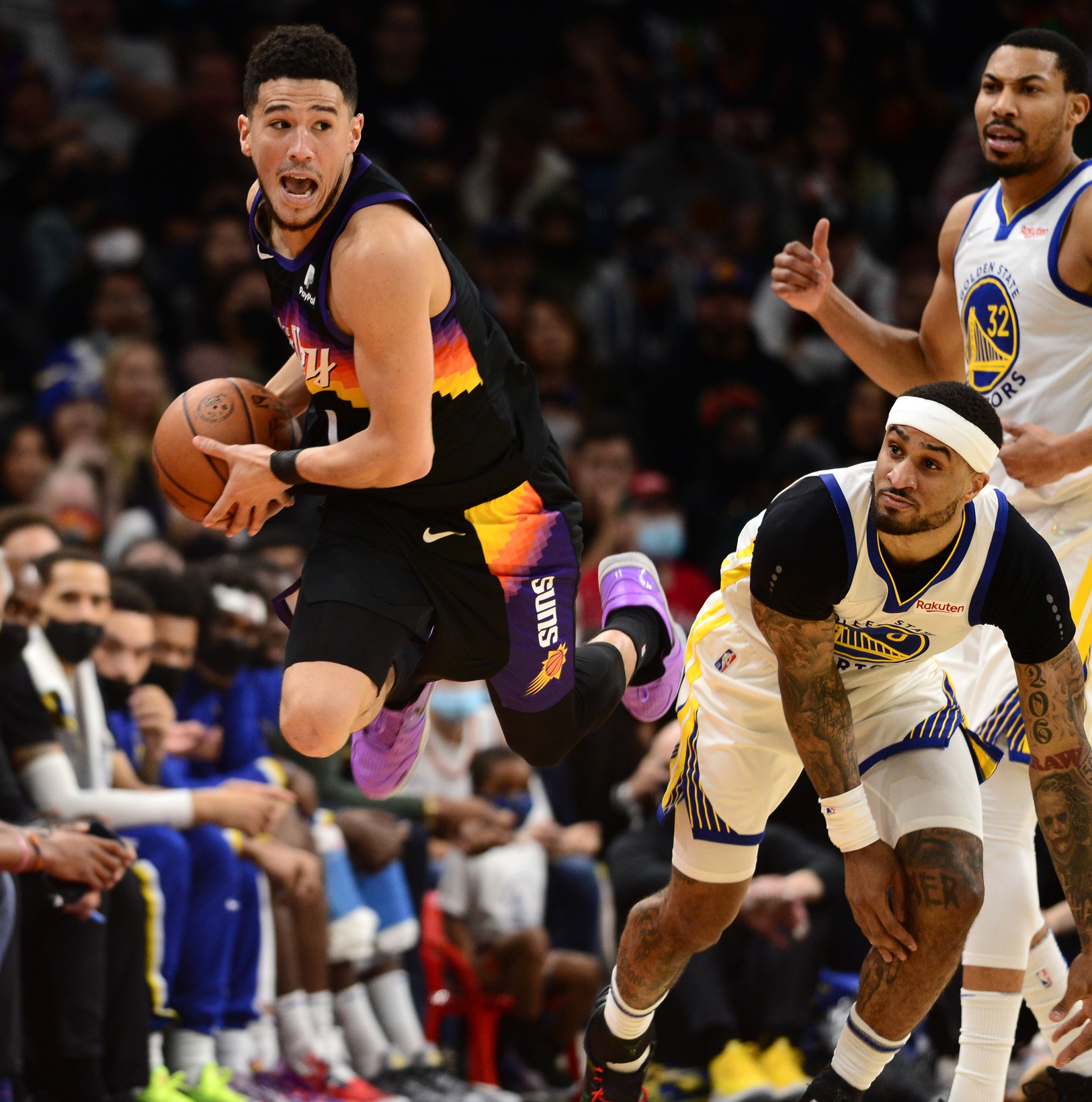 My how the tables have turned. The Golden State Warriors were the most popular of the NBA Finals picks for much of the season. Golden State was the overall favorite to win the NBA Championship at SugarHouse Sportsbook last month, but the Warriors have since fallen off and now have the fourth-best odds to win the title. The Phoenix Suns are now the team with the lowest odds to win the NBA championship. Many of the top NBA picks have Phoenix winning the title as the clear best team in the league this season, and the Suns should set a franchise record for wins. Phoenix and Golden State will meet for the last time during the regular season on Wednesday night.

On Wednesday, March 30, 2022, the Phoenix Suns will travel to the Chase Center in San Francisco, California to face the Golden State Warriors. This game will tip off at 10 p.m. ET with ESPN broadcasting the event.

Chris Paul made his long-awaited return to the line-up on Thursday night against Denver. The Suns didn’t miss a beat without their All-Star guard, but they were even better when he was on the court. Paul had 17 points and 13 assists in a double-digit win against the Nuggets, and he followed that up with a nearly identical 19 points and 14 assists in a victory over Philadelphia on Sunday.

As good as Phoenix has been this season, the Suns are 1-2 against the Warriors in their three previous games. They have had a hard time cracking this defense, but the offense has been elite over a recent eight-game winning streak. They have scored at least 125 points in seven of those eight wins, and they will finish with the best record in the NBA.

Devin Booker is still underrated despite being the leading scorer on the best team in the NBA. Booker is averaging 26.5 PPG, 5.0 RPG, and 4.9 APG for the Suns, and he has exploded in March with 30.9 PPG this month thanks in large part to a 49-point game against the Nuggets.

Center Deandre Ayton has played well against Golden State this season. Ayton is averaging 21.7 PPG against the Warriors while making 57.8% of his shots. He hasn’t been as impactful on the glass though, and that’s something to watch in this game considering the Warriors’ problems against athletic big men.

While the Suns continued to thrive without CP3 on the floor, the Warriors have really struggled without Steph Curry. Golden State’s star guard was hurt two weeks ago in a loss to Boston, spraining a ligament in his left foot. The Warriors have lost five of six games since Curry was injured, falling to subpar teams like San Antonio, Orlando, and Atlanta. This offense just hasn’t been as potent since Curry’s unlimited range outshines a lot of shortcomings.

Golden State also received bad news when it was announced that James Wiseman would not play at all this season a few days ago. Wiseman was the No. 2 pick in the 2020 NBA Draft, but he has only played 39 games in his first two seasons because of knee issues. The team had hoped that Wiseman and fellow lottery pick Jonathan Kuminga could revitalize their frontcourt, but that has failed to happen.

Draymond Green hasn’t been at his best either as a result of a nagging back issue. Green missed over two months with the injury and only returned to Golden State in mid-March. He has struggled with his shooting over his last nine games too, averaging just 3.6 PPG on 33.3% shooting despite playing almost 23 MPG.

The Warriors are 29-9 at home this season, but they will be an underdog by the NBA odds on Wednesday night against the Suns. Golden State is in disarray right now, and the Warriors might not even finish as one of the top three teams in the West with games against Memphis on Monday and Phoenix on Wednesday. Meanwhile, Phoenix is peaking at just the right time. The Suns have been great on both sides of the ball, and they have two days of rest before taking on the Warriors.