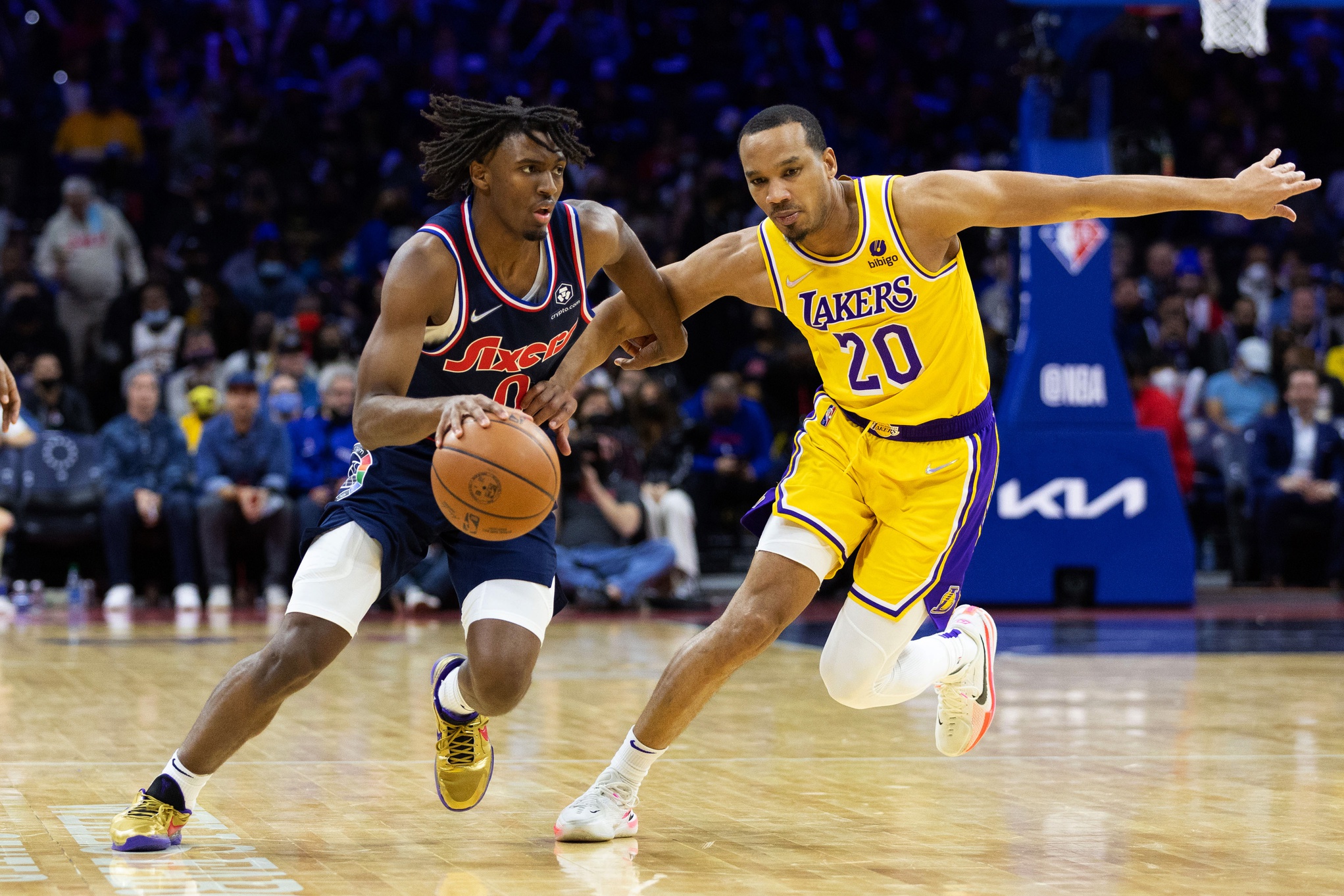 Could the Los Angeles Lakers miss out on the playoffs entirely? It’s certainly a possibility going into the last few weeks of the 2021-22 NBA season. The Lakers would essentially be out of the running at this point in the old postseason format, but the expanded playoffs currently have LA in as the 10th seed with a 30-41 record. San Antonio is 2.5 games behind LA for that 10th spot, so the Spurs can realistically run them down. Especially since the Lakers have been abysmal on the road, as their 10-24 away record is one of the worst in the league. However, they have a winning record at home, so there will still be some believers that back the Lakers in their NBA betting picks over the Philadelphia 76ers on Wednesday night.

The Philadelphia 76ers will travel to the Crypto.com Arena in Los Angeles, California to take on the Los Angeles Lakers on Wednesday, March 23, 2022. This game will tip off at 10 p.m. ET on ESPN.

The Los Angeles Lakers have been the most disappointing team in recent memory. Expectations were high coming into the season, as SugarHouse Sportsbook and other sites made the Lakers the team to beat in the Western Conference with their NBA future picks. They were just one game over .500 at the halfway point of the season, and they have completely fallen apart over the last two months. The Lakers are 9-21 in their last 30 games.

Any team with LeBron James is still dangerous though. We have seen that by who the Lakers have been able to beat during this down stretch. They knocked off Utah twice, went on the road and beat Brooklyn and Toronto, and nearly took down Golden State twice too.

Unfortunately for the Lakers, James is currently dealing with a knee injury that is likely to keep him out of Monday night’s game against the Cavaliers. It’s his only game against his former team in Cleveland this season, so fans who were hoping to see the local icon will be disappointed if he can’t take the court. That also casts doubts on his status for this game on Wednesday night.

Anthony Davis hasn’t taken the court in over a month after suffering a foot injury against Utah on February 16. Davis was cleared to return to on-field activities this weekend, but he is not going to be available for the Lakers in this game. Wenyen Gabriel, Talen Horton-Tucker, and Wayne Ellington are all listed as day-to-day too, so we could see a LOT of Russell Westbrook on Wednesday night.

Westbrook is no longer the player he was even a few years ago. He has been by far the worst performing high-usage player in the NBA this season. His three-point shooting has been abysmal even though his shot quality is among the best in the league playing alongside James and Davis. Westbrook will be motivated against former teammate James Harden on Wednesday night, but that might not be a good thing if he decides to take a lot more threes.

Harden is putting up big stats with the Sixers. Since being acquired from Brooklyn, The Beard is averaging 22.4 PPG, 7.0 RPG, and 10.5 APG. He is getting to the free throw line often once again, and he is doing just enough beyond the three-point line to make opponents respect his perimeter game.

However, the star of the team is Joel Embiid. Philly’s star center is one of the favorites to be named NBA MVP at SugarHouse Sportsbook this year. Embiid is having the best season of his career, leading the league with 29.8 PPG while also pulling down 11.3 RPG. In a league where other teams are going small, Embiid is a big man that can dominate in the low post.

The big problem that the Sixers have is their perimeter play. Seth Curry was their only reliable three-point shooter, but he had to be dealt to the Nets in the trade to acquire Harden. Tyrese Maxey has done his best to try and carry the load, and Philly really needs Tobias Harris to start earning his contract.