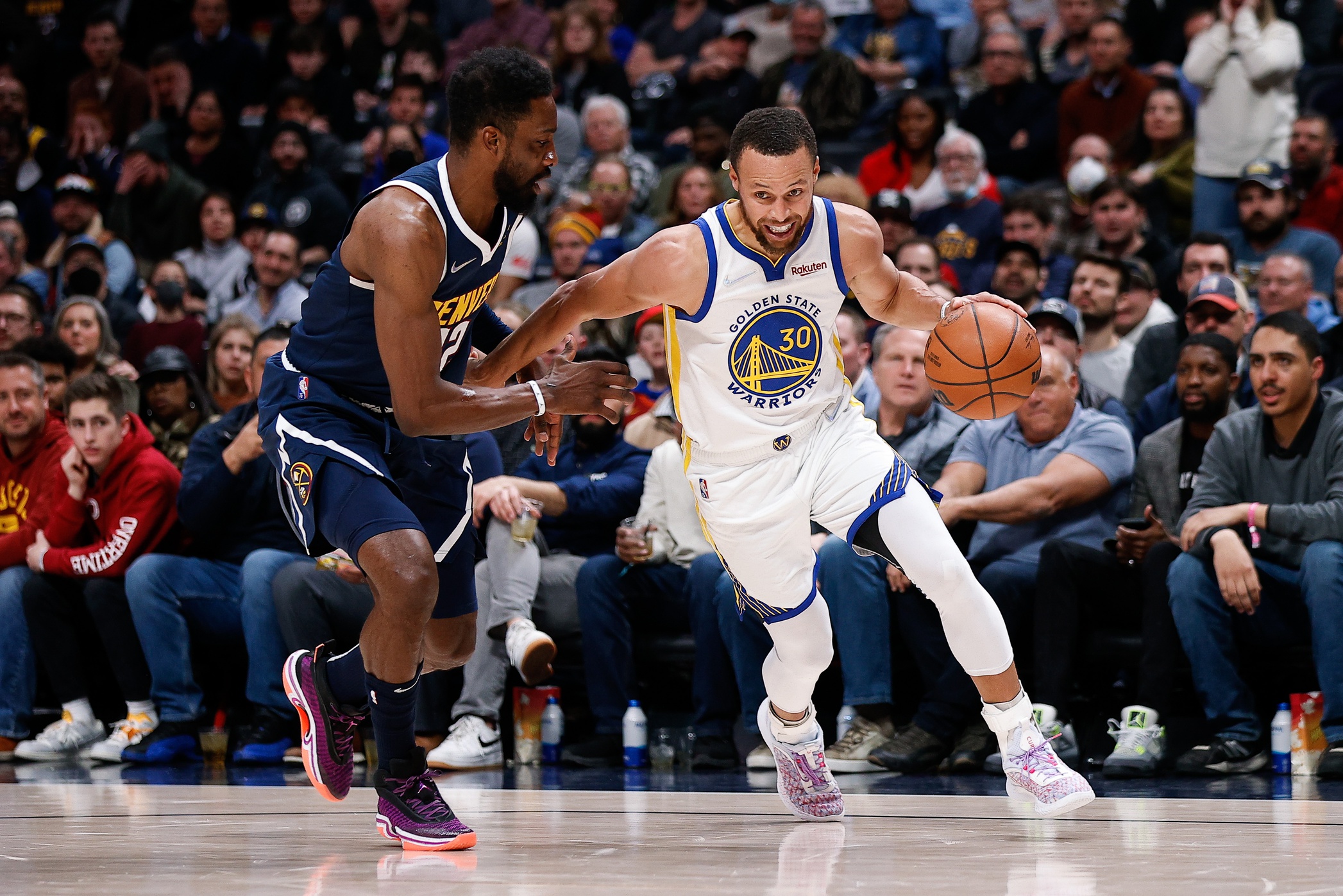 The Denver Nuggets are in a must-win situation against the Golden State Warriors after dropping the first two games in their first round series. Denver was a longshot by the NBA betting odds to win the title before the playoffs started, and the Nuggets are now tied with the New Orleans Pelicans as the teams with the longest odds to win the Western Conference at SugarHouse Sportsbook. Golden State is looking like the toughest test for Phoenix in the West after limping across the finish line over the last month of the regular season.

The Denver Nuggets will host the Golden State Warriors on Sunday, April 24, 2022, from the Ball Arena in Denver, Colorado. This game is scheduled to tip off at 3:30 p.m. ET on ABC.

Denver failed to win or cover the first two games in this series. The Nuggets lost by 16 points to the Warriors in Game 1, and they were roughed up by 20 points in Game 2. Both games went over the total, so many daily NBA picks will take the over in Game 4 on Sunday afternoon.

The story of the series has been the emergence of Jordan Poole. While Golden State’s two lottery picks have had trouble making an impact, Poole has flourished despite being taken late in the first round in 2019. He went 9-13 and 5-7 from beyond the arc in Game 1 to finish with 30 points, and Poole nearly matched that performance by hitting 10 of 16 shots for 29 points in Game 2. The young guard has taken advantage of his open looks as defenses try to key on Steph Curry and Klay Thompson.

We have yet to see much of Curry in this series as he is still recovering from a foot injury that left him sidelined for the last month of the regular season. Curry hasn’t started either game so far, and he has played less than half of both games. Still, Curry showed what he can do after exploding for 34 points in the Game 2 win.

Thompson closed out the regular season with three straight big games. He hasn’t taken over yet in the playoffs, but he is averaging 20.0 PPG while making 47.1% of his field goals and 44.4% of his threes in the playoffs.

The Warriors have had good play from Andrew Wiggins and Draymond Green too. Wiggins has done a good job playing down low in Golden State’s smallball lineup, and he is currently leading the team with 8.5 RPG. Green continues to do all the little things in order to let Golden State’s big dogs eat, and his ability to play bigger than his size allows the Warriors to get away with three-guard lineups.

There’s a good case to be made that Denver has the least talented team of any playoff team if you take away its single best player. Nikola Jokic is the odds-on favorite to be named the NBA MVP per the NBA futures odds, but there isn’t much else on the Nuggets’ roster. This team really misses Jamal Murray and Michael Porter Jr., but neither player is expected to take part in the playoffs.

Jokic is doing it all for Denver, just as we saw him do in the regular season. He averaged 27.1 PPG, 13.8 RPG, and 7.9 APG in the regular season, and he is leading the Nuggets in every major category in the playoffs. The reigning NBA MVP is putting up 25.5 PPG, 10.5 RPG, 5.0 APG, and he leads the team in steals and blocks.

The lack of any help for Jokic has really hurt the Nuggets in this series. Michael Malone has experimented with different lineup combinations, but nothing has worked to this point. Will Barton is the second leading scorer for the Nuggets, averaging 18.0 PPG, and he is also second on the team in rebounds. However, his scoring efficiency hasn’t been great since he doesn’t get to the free throw line. Aaron Gordon has not worked out since being traded from Orlando either, and he has been a liability against the Warriors in this series.