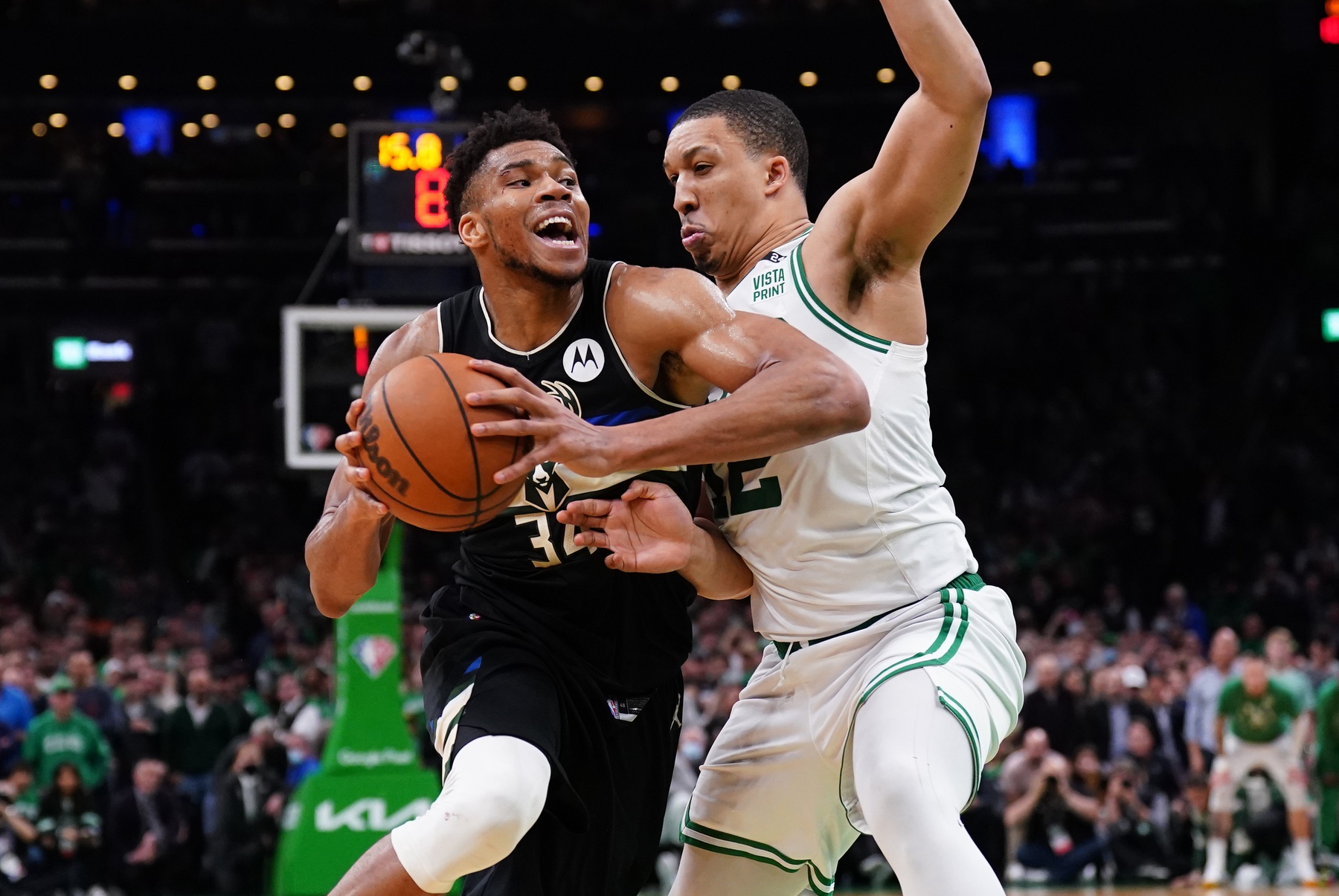 The defending champions have a chance to close out the Boston Celtics in six games at home on Friday night. The Milwaukee Bucks have gritted their way to a 3-2 series lead over the Celtics. Milwaukee has been solid even though Khris Middleton has missed the entire series with a knee injury, as Giannis Antetokounmpo continues to dominate, and Jrue Holiday is playing really well. Still, the Bucks are only small favorites by the NBA betting odds at SugarHouse Sportsbook.

The Milwaukee Bucks will host the Boston Celtics in Game 6 of this Eastern Conference Semifinals series on Friday, May 13, 2022. This game will take place at Fiserv Forum in Milwaukee, Wisconsin and start at 7:30 p.m. ET on ESPN.

If you are looking at recent NBA betting trends entering Game 6, the under is something to strongly consider. The first eight Milwaukee games went under the total this postseason before the oddsmakers adjusted to the strength of the Bucks’ defense. The under is 5-4 in Boston playoff games this postseason too.

These teams have been very even this series though. The ATS mark is 2-2-1 between the Bucks and the Celtics, and two of the last three games have been decided by one possession. Milwaukee won both of those games, leading to Boston being just a slight underdog by the Friday NBA odds.

Giannis Antetokounmpo has been fantastic in this series. Milwaukee has needed him to come up big for the team with Middleton out, and he has responded just like he did in the NBA Finals last year. He hasn’t been an efficient three-point shooter and has turned the ball over a bit too much, but that’s essentially picking nits considering how great he has been in this series.

The two-time NBA MVP is averaging 33.6 PPG, 12.6 RPG, and 7.0 APG. He is making 46.6% of his field goals, and he was lights out in Game 5 despite turning the ball over seven times. Antetokounmpo went 16 of 27 from the floor to finish with 40 points and took over in the fourth quarter to lead the Bucks back from a 14-point deficit.

Jrue Holiday has been great against Boston too. Holiday seems to have taken offense to the notion that Marcus Smart was named NBA Defensive Player of the Year, as he has been by far the best defensive player in this series. He forced turnovers on Boston’s last two possession on Wednesday night and was mobbed by his teammates for his defensive effort.

Holiday has been the second-leading scorer on the Bucks with Middleton out. The veteran guard is averaging 19.1 PPG, 6.0 RPG, and 6.6 APG this postseason, but his shooting efficiency hasn’t been great.

Centers Bobby Portis and Brook Lopez have been solid for stretches in this series, and Pat Connaughton is hitting 49.5% of his threes to punish the Celtics.

It’s been tough for Boston as the Celtics could easily be leading this series. Jayson Tatum has been somewhat hit or miss though, as he was dreadful in Game 3 and really struggled with his shooting touch in Boston’s other two losses to Milwaukee. Tatum played very well in both Boston wins, so it’s tempting to just reduce this game to the performance of Boston’s best player.

Boston has played Al Horford a lot more often than anyone expected coming into this series. Horford will turn 36 next month, but he is averaging 39 minutes a game and is the Celtics’ third-leading scorer. He was exceptional in Game 3 and Game 4, yet it looked like the big minutes were taking their toll in Game 5. Horford is something of a double-edged sword too as his offense has been great, but he has been a major liability on defense.

The X-Factor in Game 6 might just be Jaylen Brown. Boston’s second-best player has performed very well since a bad performance in Game 1, adjusting to what Milwaukee was doing on defense. Smart is dealing with an injury that has limited him, so Brown is extremely important in the backcourt.