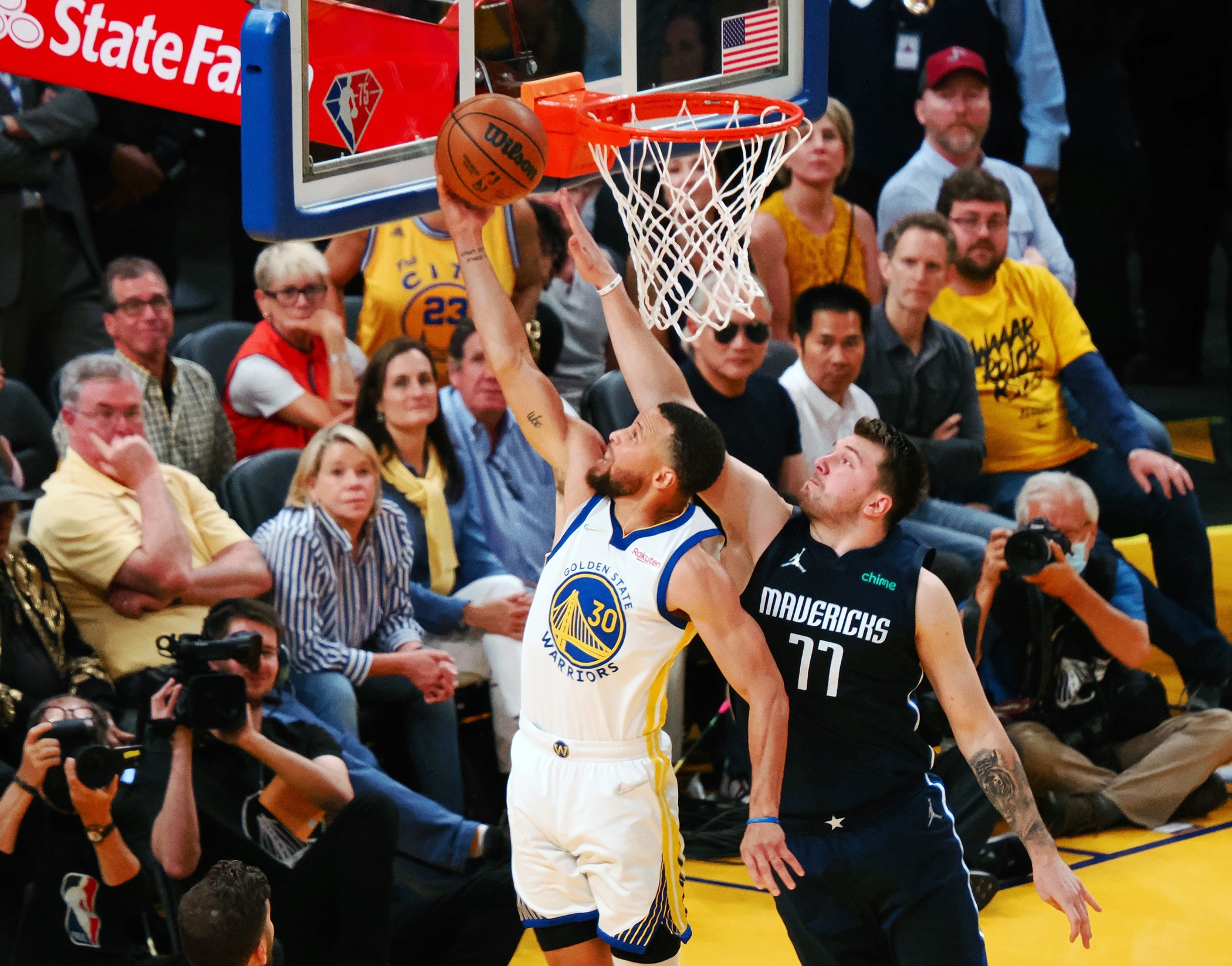 The odds are stacked against the Dallas Mavericks winning the Western Conference final against the Golden State Warriors since no team has ever won four games in a row after losing the first three. At this point the Mavs would just take a victory after getting posterized in 109-100 Game 3 loss on Sunday. The Dubs look a lot like the championship teams from a few years back running through and around opponents winning their fourth straight game as a top NBA pick against the spread with covers in each of those contests. They can close out the series on Tuesday and get some valuable rest while the teams in the Eastern Conference battle it out. Even though they won the first three games by an average of over 14 points, the Warriors are catching 1-point on the opening NBA betting line at SugarHouse sportsbook.

I thought this would be a closer series and while it still might be the Warriors have showed the gap between the clubs through the first three games. Coming back from a big deficit in Game 2 gave them a lift and was reminiscent of the teams that reached five straight NBA Finals and won three titles when no deficit was too large. It’s also a reason why the Warriors are the NBA futures pick to win the O’Brien Trophy after a couple missed postseasons. The backcourt of Steph Curry and Klay Thompson know how to win and the supporting cast is younger and probably better than it was in the glory days. The Warriors lost the battle to win the war giving their core time off during the season. They finished third in the West and just a game ahead of Dallas, but they’ve been on a roll in the playoffs going 11-3 straight up and an NBA line pick in each of the last four games.

At this point the Mavs are just worried about avoiding the sweep. While the season has been a step in the right direction for a franchise that hadn’t won a playoff series since winning the title in 2011, losing four straight in the conference final would be a crushing blow. No one had the Mavs in this situation before the season, but getting here and not doing anything with it is a failure. Sunday’s loss showed they need more than Luka Doncic to show up. Doncic dropped 40 but once again the Mavs struggled from behind the arc. And that’s affected the offense, especially at home where the Mavs are a top NBA pick against the UNDER playing below the closing total in six of their seven playoff games.

The core of Curry, Thompson and Draymond Green make the Warriors a tough out, but the complementary play of guys like former NBA first overall pick Andrew Wiggins makes them dangerous. It’s been quite a season for Wiggins earning an All-Star selection and playing in the postseason for the first time. And he’s embraced it. Wiggins dropped 27 in Sunday’s win including a monster dunk over Doncic that got his teammates all giddy.

And Steve Kerr said the Warriors wouldn’t be winning playoff games without Wiggins. Not only has he chipped in on the offensive end scoring double figures in all but two games while averaging 15.9 points, he’s also been the primary defender on Doncic when the two are on the court. And Wiggins has made Luka earn everything. It’s natural to take a heavy sigh after winning the first three games of a series, but the Warriors seem to have that killer instinct that was so prevalent during their championship days.

It’s going to take a lot more than Doncic to get the Mavs a win in the series. Doncic dropped 40 on Sunday, his second straight game with at least that many points, and the Mavs have nothing to show for it. And once again a brief letdown cost them. The Mavs looked like they were on their way to a win in Game 2 leading by 19 points at one time, but the Warriors chipped away and eventually won 126-117. The Mavs had a 9-point bulge on their home floor Sunday and saw that disappear.

While Golden State has several scoring options when the key figures take a breather or can’t find their stroke, the Mavs aren’t as fortunate. Doncic had 40 and Jalen Brunson added 20 in Game 3, but the rest of the starters combined for just 12 points. And as a team the Mavs shot just 29 percent from deep with Reggie Bullock and Maxi Kleber shooting a combined 0 of 12 from behind the arc while being held scoreless. Doncic could score 60 and it wouldn’t matter if his mates don’t help out.

I want to see the Mavs win a game and possibly make this series interesting, but after watching them crumble under Golden State’s relentless pressure I just don’t think they can. The Dubs are poised and confident and their depth is something to admire. And they know authoring a sweep isn’t going to be easy, but they don’t want the head home facing a Game 5. I’ll take the point and the Warriors for the outright as my NBA daily pick at SugarHouse.