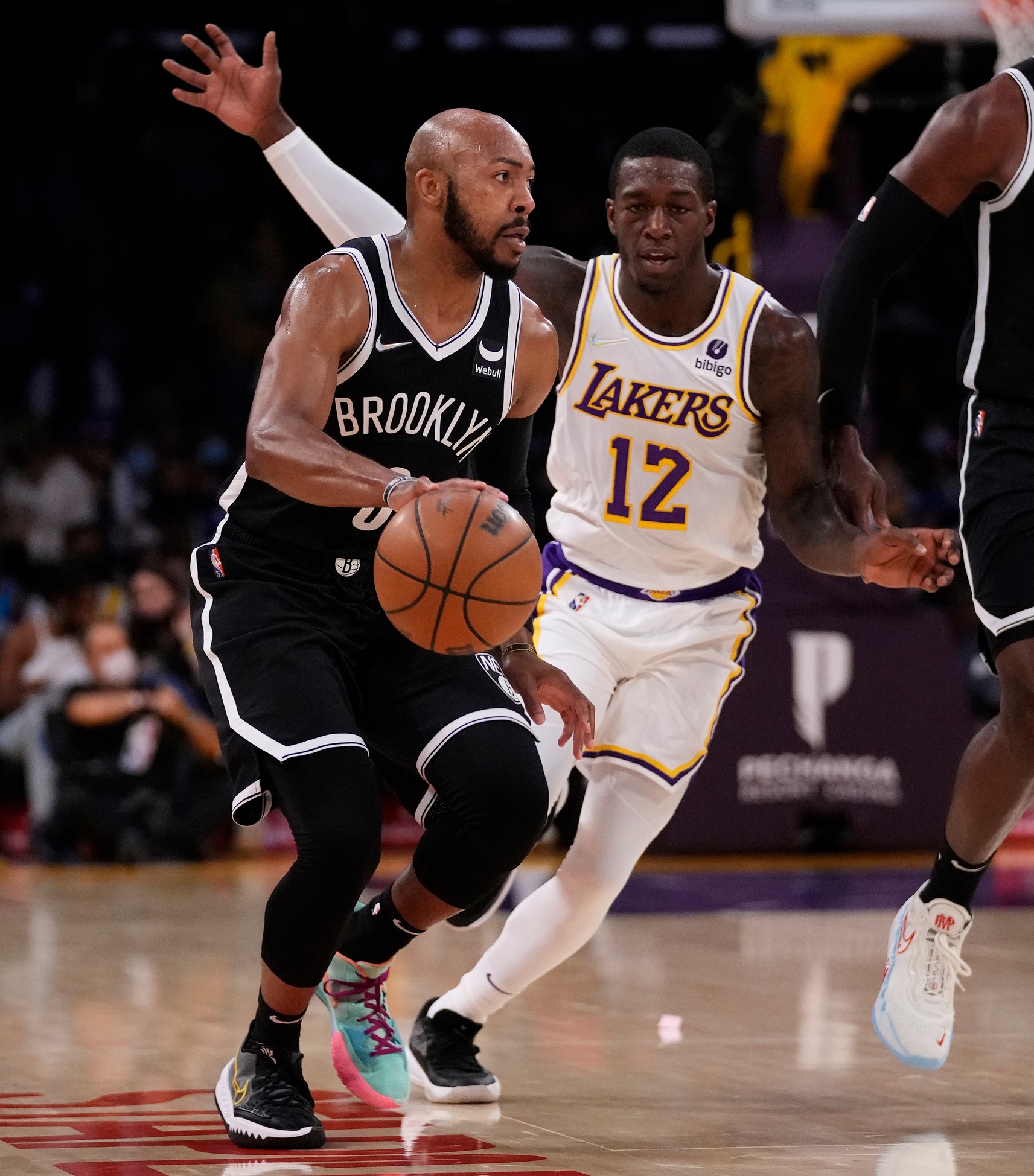 Normally a primetime Christmas matchup of the Brooklyn Nets and Los Angeles Lakers would be a perfect ending to a perfect day. But with the pandemic variant raging, the Nets could have a ravaged roster that is a mere shell of its normal self. And the Lakers also face the possibility of being shorthanded for Free NBA Picks. But the games will go on. So says NBA commissioner Adam Silver. This week, Silver finally came around to what many of us knew long ago. The pandemic is endemic and isn’t going away. Silver croaked out that we’ll all have to learn to live with it and work around it. Well, better late than never, Mr. Commish!

On Saturday, December 25, 2021, the Los Angeles Lakers will host the Brooklyn Nets at Staples Center in Los Angeles, California. Tipoff time is set for 8 p.m. ET with television coverage on ABC and ESPN.

In this situation, it will be difficult for gamblers to get a feel for who will take the hardwood. Los Angeles forward Anthony Davis is out with a knee injury. And Lakers guard Russell Westbrook just returned from an illness. For the Nets, Kyrie Irving has been out with personal issues. Kevin Durant is out indefinitely with an ankle problem and is on the COVID list. So too is James Harden on the COVID list. Numerous other players are questionable for this game. Brooklyn's Wednesday game was postponed because the pandemic variant took their roster under the 8-man minimum requirement.

With all of the instability on the respective rosters, live betting figures will boost the SugarHouse Sportsbook.

The Lakers perpetually have a problem being far too popular with squares, especially at home. It would surprise some gamblers that Los Angeles is one of the worst betting values on the board, even in their world championship years. Squares love nothing more than betting on the Lakers, especially at home. This betting characteristic has been going on for several decades. And the oddsmakers are fully aware of this fatal attraction with casual gamblers. Thus, the Lakers are consistently overpriced.

Nets in First But Also in the Red

Late on, the Nets have covered three of their most recent five Picks for NBA. Three of their last four games went over the total. As a result, the Nets are 21-9 straight up, 13-17 against the spread, and 13-17 under the total. The Nets rank 11th in the NBA for scoring offense and 10th for points allowed.

Head coach Steve Nash won over many skeptics last year in Brooklyn as a rookie. Many NBA officials ripped the hire, especially in a climate of racial unrest. But Nash produced an excellent record as his lineup was often disrupted. This year he again has to improvise. Most importantly, the Nets have shown significant improvement on defense this year.

Lakers Struggling on the Hardwood and at the Betting Window

Los Angeles has failed to pay in three of their previous four NBA Picks Tonight matchups. Seven of the Lakers’ last eight games went under the total. LA has a record of 16-16 straight up, 12-20 against the spread, and 15-16 under the total. Overall, Los Angeles ranks 10th in the Association for scoring offense and 26th for points allowed.

LeBron James leads the Lakers with 26.4 points, 6.6 rebounds, and 6.6 assists per game. Before he went out with injury, Anthony Davis averaged 23.3 points and 9.9 rebounds per contest. Meanwhile, Russell Westbrook is at 19.5 points, 7.8 rebounds, and 8.2 assists per tilt.

We don’t know which key players will be in or out of the lineup for this game. But we do know the Lakers are a consistently bad and overpriced value.