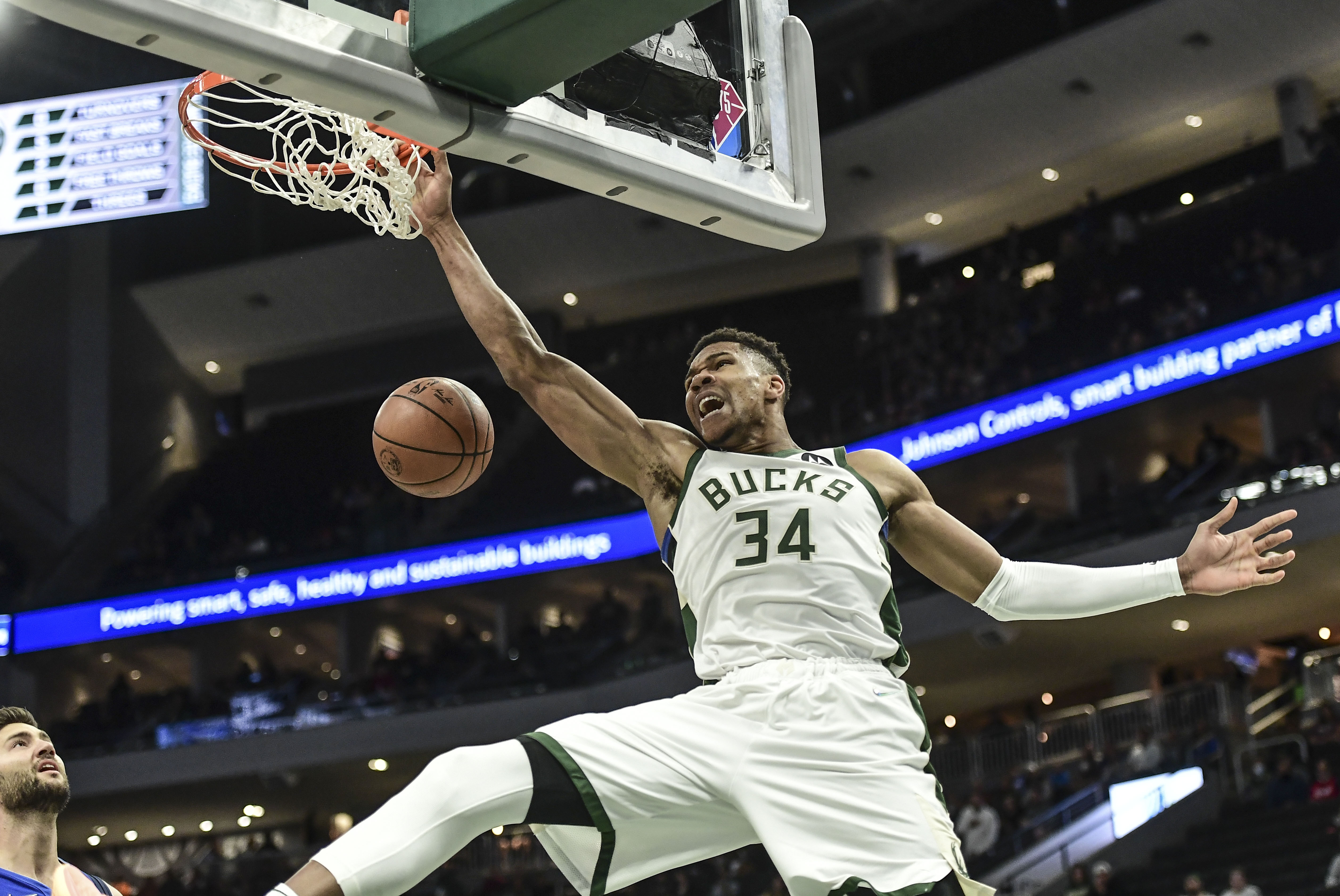 One of the most popular bets on the props board is for the NBA Most Valuable Player Award. Like any other form of sports gambling, you will encounter name brand favorites and obscure underdogs. Ultimately this is a name brand type of wager. Giannis Antetokounmpo of the Milwaukee Bucks won the NBA MVP award the past two seasons. NBA scoring machine and champion James Harden won the award in 2018, with Stephen Curry winning the award in 2016 and 2015 at the Golden State Warriors dynasty's height. In like manner to betting on the NBA championship team, wagering on the NBA MVP is a name brand proposition. For the 2021 season, LeBron James was the top favorite. This status goes hand in hand with James being the kingpin of the NBA Title favorite Los Angeles Lakers.

Keep in mind that the NBA MVP is determined upon regular season results only. The 2021 NBA Playoffs will not be a factor in who wins the award. Let's take a look at the top 2021 NBA MVP favorites and tie in the betting lessons involved.

Betting on LeBron James to win the 2021 NBA MVP will pay you $350 for every $100 you wager. James last won the award in back-to-back seasons of 2012 and 2013. Built into James' price is his status as the marquee man of the sport that stars for the ultimate name brand team in the Association. Perhaps the one question regarding LeBron is load management. Load management is a fancy, politically correct term for giving LeBron days off to keep him rested for the playoffs. And then there is the additional concern of James being able to play a full season. James is no longer a youngster, and his season ending injuries of two years ago are not forgotten.

In the 2020 NBA Playoffs, the Denver Nuggets became an upstart Cinderella story. Denver made it to the Western Conference Finals. Center Nikola Jokic was the main reason why. Gamblers and fans not familiar with Jokic at the start of those playoffs left impressed and with new impressions about his impact on the game. Jokic sets himself apart as part of the new breed of European stars that bring more versatile and complete games than their North American counterparts. Consider that Jokic began the 2021 NBA season averaging 26.5 points, 11.5 rebounds, and 8.7 assists per game.

Last year was an injury riddled one for Joel Embiid, perhaps the most dominant NBA center. When healthy, Embiid can take over games like a force of nature. Embiid was off to a strong start for the 2021 season averaging 29.6 points and 10.8 rebounds per game. Sharps believe Embiid could be a sleeper choice for the NBA MVP Award. Much of that will depend on overall team improvement by the 76ers.

No player had a more significant impact in the 2020 NBA Playoffs than Dallas Mavericks point guard Luka Doncic. Dallas gave the heavily favored LA Clippers far more of a fight than expected, and Doncic was a significant contributor to that effort. Doncic averaged an astounding 31 points, 9.8 rebounds, and 8.7 assists per game. So far in the 2021 season, he kept right at it with 29.1 points, 8.6 rebounds, and 9.4 assists per game. The biggest problem for Doncic is that an excellent supporting cast does not surround him. The Mavericks were struggling to get to the .500 mark in the first half of the season. Usually, an MVP must play a lead role for a top tier playoff contender.

As a member of the Oklahoma City Thunder in 2014, Kevin Durant won the NBA MVP Award. In his first season for the Brooklyn Nets, Durant made them an instant top tier favorite for the NBA title. Durant has the name brand reputation that could sway voters his way.

Giannis' irony is that he could have his best season ever yet not be named MVP because of having won it twice already.