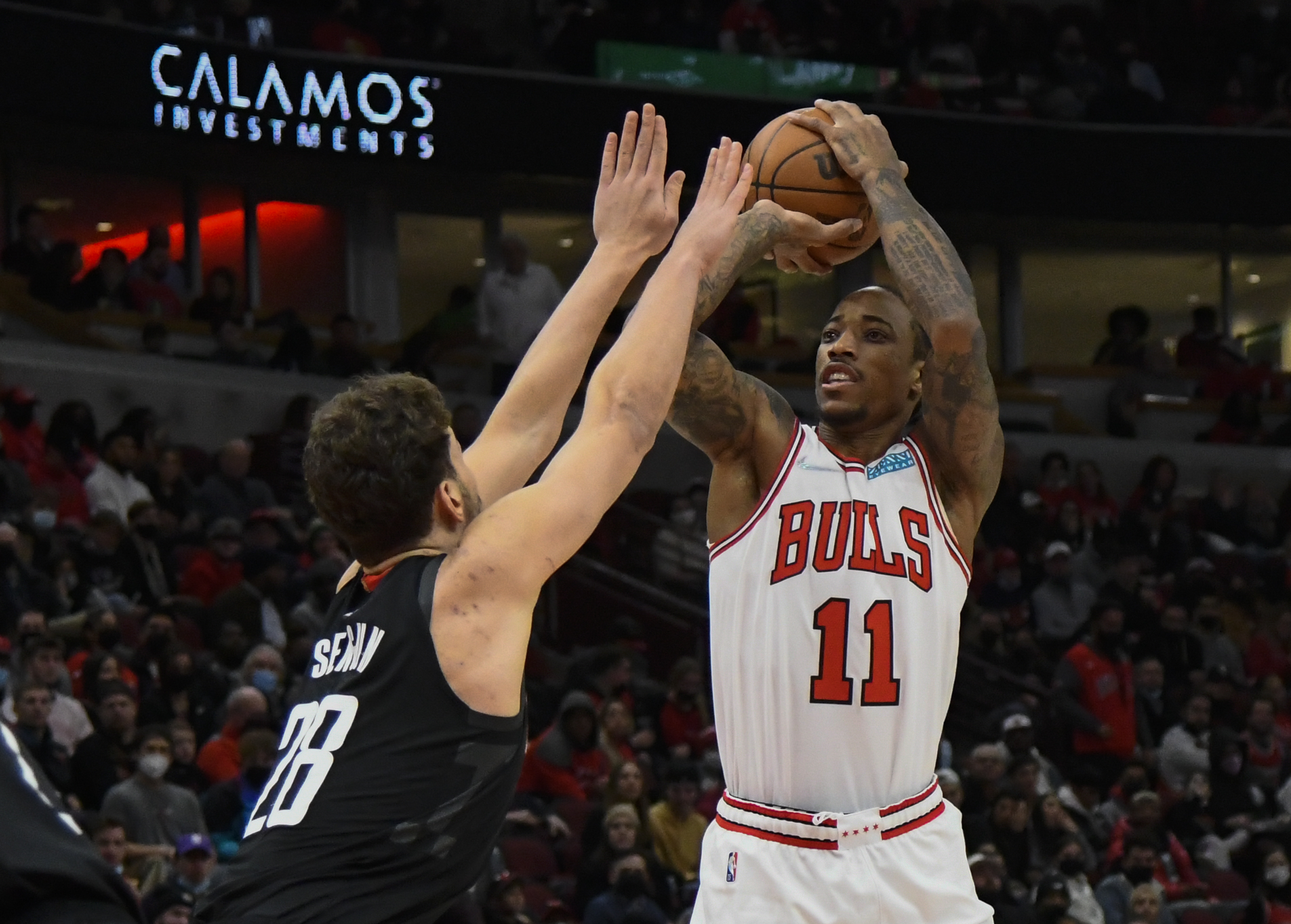 A huge Christmas week has come and gone as we creep closer to the New Year. We’re beginning to see some movement at the top with teams vying for positioning in their respective division races.

Golden State remains the top team in the land, sitting at 27-6 on the year. They’ve had a stronghold on the No. 1 spot for the majority of the season though division foe Phoenix is just a game behind. Utah, Brooklyn, and Chicago round out the top five.

While some teams continue to trend up, others are experiencing slumps as they continue to topple down the standings. Make sure to check out this week’s edition of Hot and Cold at Betmaker before making your next NBA wagers.

The Bulls are in the midst of a four-game winning streak as they continue to build upon their lead in the Central division standings. Over this streak, they’ve been scoring at an astounding rate, averaging 123 points per game.

The recent run has helped them move to 21-10 on the year as they sit a game up on Milwaukee in the division race. In these last four games, Chicago is proving to be an NBA best bet. They’re 3-1 against the spread in those four contests, and 7-3 in their last 10 matchups. The over has also hit in three of the last four outings.

Miami sits atop the Southeast division standings, holding a 3.5 game lead over both Washington and Charlotte. The Heat have won five of their last six matchups with stifling defense, holding four of their last six foes to 100 points or less.

While they’re seeing success on the floor, they’ve not been quite as good in terms of the NBA betting lines. Miami is 3-3 over this recent stretch, failing to cover double digit spreads each of their last two times out. They are, however, an NBA best bet as an underdog, posting a 10-2 mark against the spread the season with nine of those covers being outright wins.

Utah has won four in a row and 12 of their last 14 games to improve to 24-9 on the season. They hold a 7.5 game lead in the Northwest division standings and are the only team sitting above .500 in the group. One of the best offensive units in the league, the Jazz have been posting some huge totals over the last few weeks.

Over these last 14 games, Utah is averaging 122 points a night. That includes nine games where they’ve topped 120 points. The scoring success has led to the over hitting in nine of those 14 matchups.

The Lakers find themselves on a five-game losing skid as they’ve fallen under .500 on the year. Los Angeles’ defense has been non-existent in this recent run, allowing an average of 119 points per night.

The Lakers are just 1-4 against the spread in these last five outings, while the over is 3-2 due to LA’s inability to stop opposing offenses. A get-right game awaits versus Houston tonight. The Lakers enter the matchup as five-point favorites at SugarHouse online sportsbook.

Sacramento is just 3-7 over their last 10 contests as they’ve failed to stop their opposition from putting the ball in the basket. In this 10-game stretch, the Kings are surrendering 118 points per outing. They’ve also failed to top 100 points on offense in two of their last three games.

The lack of success on the court has translated to a 3-7 mark against the spread. The over is also 6-4 in that time due to the porous defense. While wins have been hard to come by, a great chance to get back on track awaits tonight against the Thunder. It will be the first time in nine games in which the Kings enter as betting favorites.

The Pistons own the worst record in the NBA, sitting at 5-27 on the year. They are losers in 18 of their last 20 games, including a current three-game losing skid.

Vegas oddsmakers have taken note of the Pistons’ horrendous play, listing Detroit as betting favorites just twice this season. Surprisingly, the Pistons are 11-9 against the spread over these last 20 games as they’ve been double digit underdogs in nearly half of those outings. Still, it’s a team that’s hard to trust when placing your NBA bets.