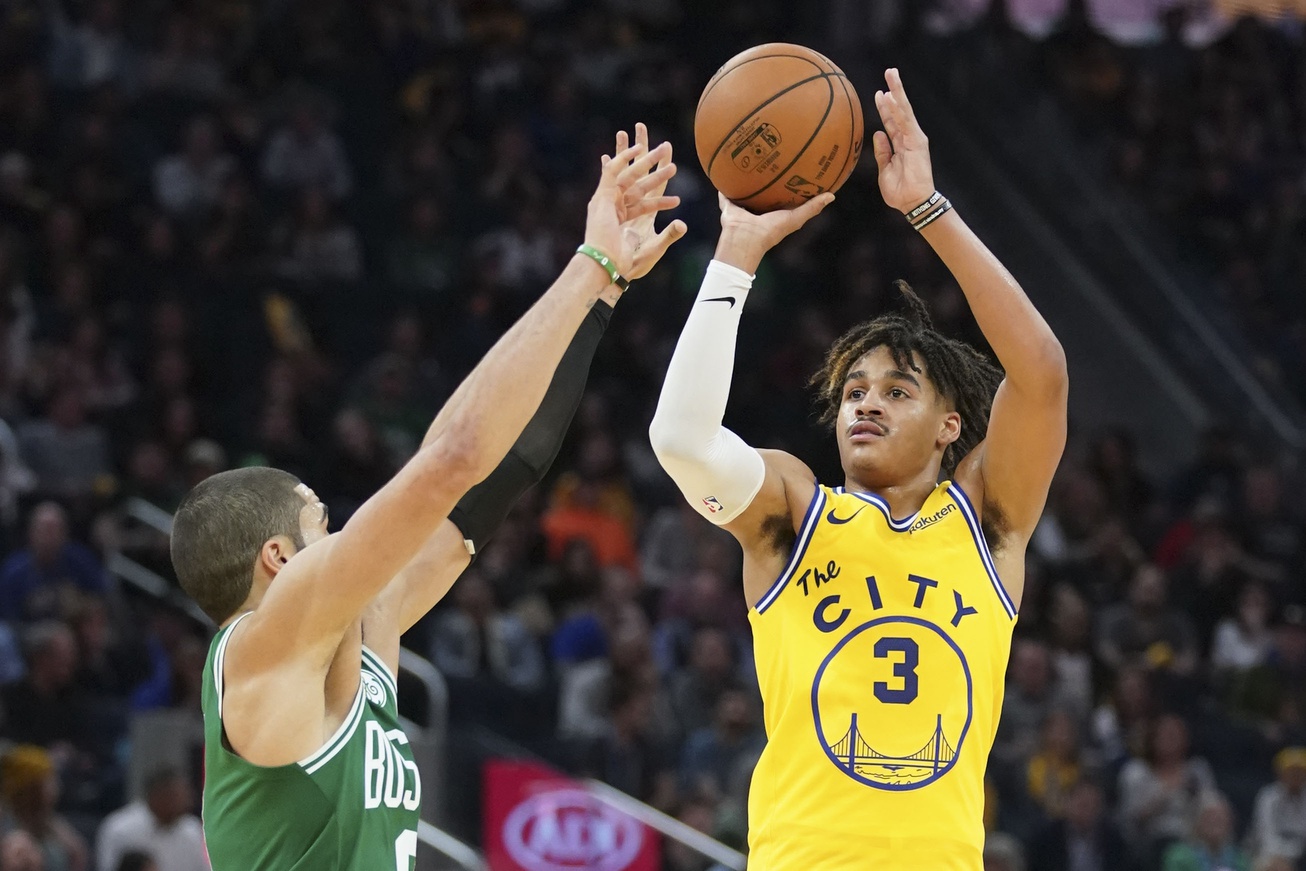 The Boston Celtics finally cleared the hurdle to their first NBA Finals appearance since 2010 by knocking off both the defending champ Bucks and the top-seed in the Eastern Conference Miami in seven games. After playing every other day for a month, the Celtics get some well-deserved and much needed rest before tangling with the Golden State Warriors in the NBA Finals. The Warriors had a much easier run through the Western Conference going to six games in a series just once and will have had a week off before Game 1 tips off. Golden State was a favorite NBA future pick all season and the Dubs were installed by Sugarhouse sportsbook as the -159 NBA pick to win the O’Brien Trophy.

If you were paying attention you could have jumped on the Warriors at a better price back when the season started. While listed as a top NBA odds pick they weren’t THE pick. Starting the campaign without Klay Thompson was a reason why, but he was always expected back eventually making his return in January. The team still wasn’t whole as injuries to Steph Curry and Draymond Green limited them. In fact the trio spent little time together on the floor during the regular season.

With Thompson getting his legs after more than two years on the shelf, and Curry and Green healing in time for the postseason, the team had its three biggest and most important stars ready for the playoffs. And what a postseason it’s been. The Warriors took out second-seeded Memphis in six games in the West semis and had no problem with Denver and Dallas losing just once in each of those series. The Warriors are 12-4 SU and a 9-7 NBA pick against the spread this postseason.

What’s made the Warriors so good is their play at home. Their 31 regular season home wins were second-most in the NBA and they’ve been perfect this postseason going 9-0 SU while covering the NBA betting line in seven of those games. However, one of their 10 home losses during the season was to Boston, 110-88, in March. Boston’s suffocating defense limited the Warriors to 37 percent shooting and 11 of 48 from behind the arc.

And the defense was a large reason why the Celtics reversed their fortunes at the mid-point of the season. One game under .500 in late January, Boston finished the season going 28-7 not only boasting the best record in the NBA in that stretch but also the top-rated offense and defense. It wasn’t a surprise they turned the season around, but playing as well as they did in that run may have been. The strong play continued into the postseason with a first-round sweep of Brooklyn, a team many had as the top NBA futures pick.

As good as the Warriors have been at home the Celtics are nearly as good on the road coming up with some huge victories in their run. Boston won Game 6 of the East semifinals in Milwaukee to stave off elimination and was even more dominant in the Game 7 win. The Celtics also won three times in Miami in the East final clinching the series with a 100-98 win. They’ve been a top NBA pick against the spread going 7-1-1.

Having a few days off before the start of the NBA Finals should benefit the Celtics, who dealt with injuries to Marcus Smart and Robert Williams. And since Ime Udoka has shown little desire to go deep down his bench the health of those players is magnified. Smart missed three playoff games with lingering soreness and will be asked to slow down Golden State’s dangerous three-point shooting game.

Williams gives Boston a presence in the block against a smaller Warriors lineup. The key, though, is the play of Jayson Tatum, who set career highs in points, rebounds and assists per game during the season. The former NBA first round pick averages 27 points, 6.7 rebounds and 5.9 assists in the playoffs.

The Warriors will have to score the basketball at a high percentage against a team that led the NBA in defensive rating during the season and has a lower rating in the playoffs. The Celtics are second this postseason in fewest points allowed and three-point defense and oddsmakers have adjusted. Their closing total for Game 7 against Miami was 198. They’ve been a top NBA pick against the UNDER going 3-1 in their last four games. The teams played below the total in the Bay Area this season and the UNDER is 11-2 in the past 13 meetings.

Even when the Warriors were marching to five straight NBA Finals they had difficulty with Boston. And despite no one on the team having experience in the championship series, the Celtics are definitely a tested group with positive results on the big stage, which is why they are the NBA best pick to win the title.