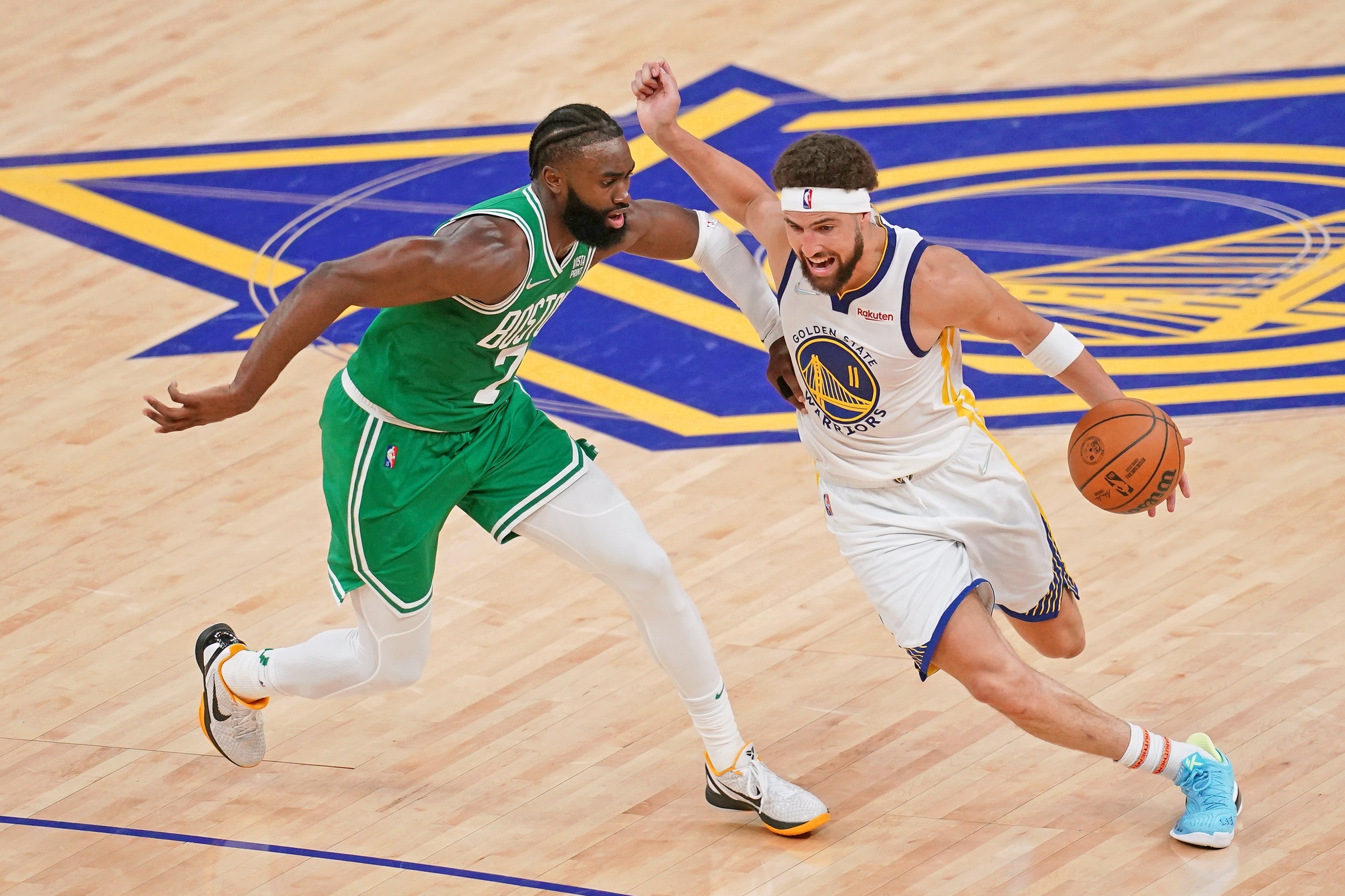 Game 1 couldn’t have given us a better appetizer for what’s to come in this blockbuster NBA Finals matchup. After leading by 12 points heading into the fourth quarter, the Warriors played quite possibly the worst 12 minutes of basketball they’ve seen all year.

Golden State notched just 16 points, going cold when the game was on the line. A five-minute scoring drought over the final six minutes of action turned what was a close game into an unsurmountable deficit.

And it didn’t help that the Celts caught absolute fire. Boston racked up 40 points on 68% shooting in the final frame. That included connecting on their first seven shots from deep. Boston outscored the Warriors by 24 in the fourth to turn that 12-point deficit into a 12-point win.

Now, Golden State looks to get back on track. The Warriors can’t afford to go down 0-2, losing both games on their home floor. The Celtics, however, would love to take a commanding series lead before heading back to the Garden.

Let’s take a look at what’s to come in Game 2, giving our NBA Finals odds, best bets, and a prediction.

With the series staying on the West Coast, Golden State enters as a 4.5-point favorite at Sugar House Sportsbook. Outside of the fourth-quarter meltdown, the Warriors can look back at Game 1 and know that they stood strong against the Celtics.

Steph Curry was his typical self, leading the team with 34 points. He needs some help the rest of the way if Golden State hopes to have a chance, though. That likely comes in the form of Andrew Wiggins, who posted a 20-spot in Game 1, and Klay Thompson.

What the Warriors can fall back on is the fact that Al Horford and Derrick White won’t have career nights every game in this series. Those two, alone, combined for 47 points on 15-23 shooting including an 11-16 mark from three-point land. The Celtics won’t shoot 51% from three as a team again, which should give Golden State confidence moving forward.

Of course, Celtics fans also won’t count on Jayson Tatum going 3-for-17 from the field again. While he did dish out 13 assists, his shooting performance left a lot to be desired. He was lucky to have White, Horford, Marcus Smart, and Jaylen Brown (all with 18 points or more) pick up the slack, but that won’t be the case every night. Tatum has to pick it up on the offensive side of the ball.

The Celtics enter with +150 money line odds, so if you’re a Boston backer, another nice payday could be in the cards with a win.

The over/under in this matchup has gone up from the Game 1 total following a historic shooting night. The Game 2 total sits at 215.5, up 1.5 points from the opener. The two sides combined to set an NBA Finals record with 40 made three-pointers on Thursday. That seems unlikely to happen again, meaning the under could hold some value.

The law of averages should help reel the scoring back in for the second game of the series. After seeing a barrage of threes lead to a 228-point output in the opener, look for the total to come back down to earth and fall closer to the set line.

We saw what Boston can do defensively in that fourth quarter, and that’s what makes them a scary team for Golden State. Of course, the Warriors have some talent on that side of the ball, too.

The Warriors need this win before heading back to Boston, and they’ll get it in Game 2. Look for a much lower-scoring affair as Golden State evens things up with a decisive victory.