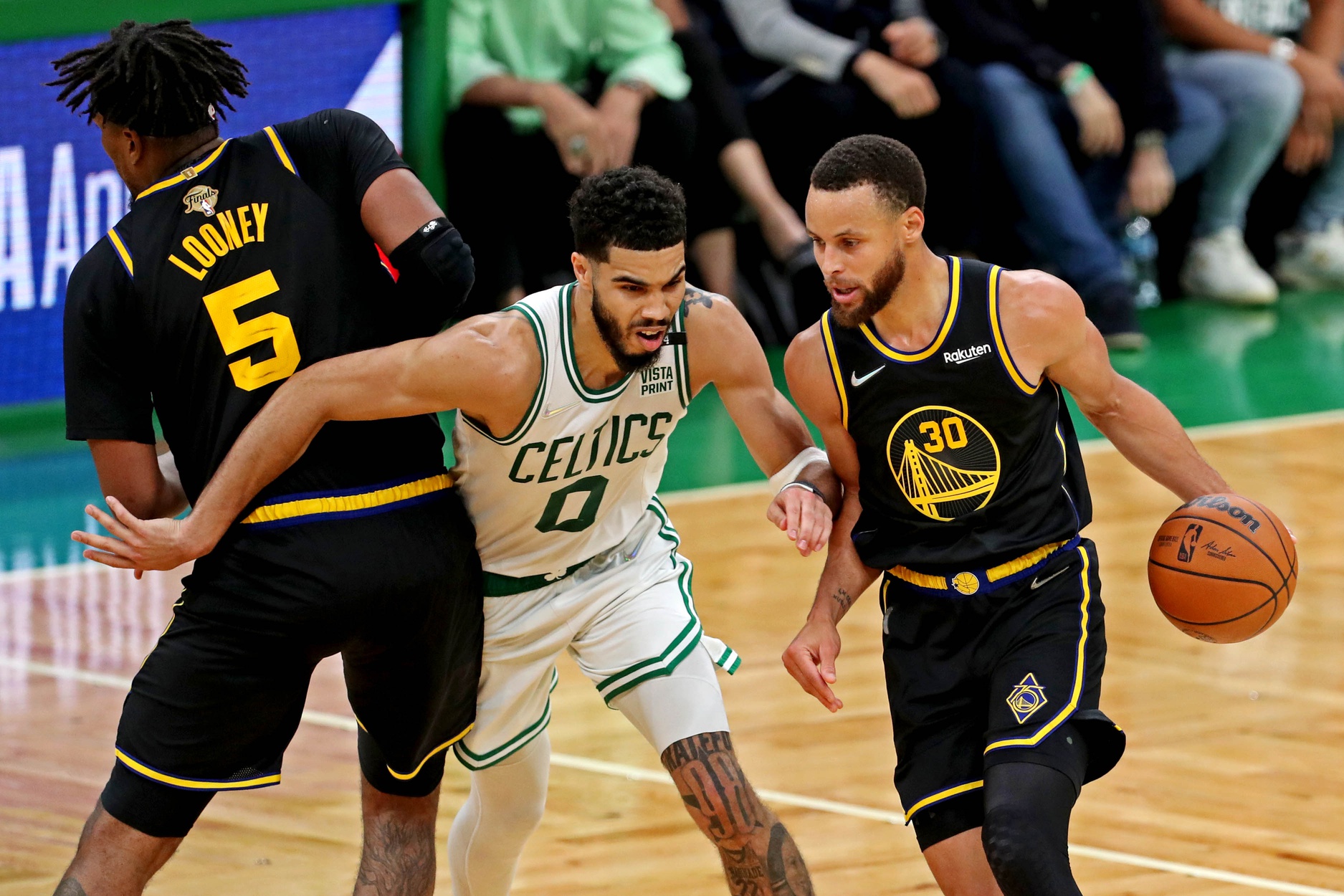 For the first time, this playoff season the Boston Celtics lost consecutive games putting them on the brink when the 2022 NBA Finals returns to Boston for Game 6 on Thursday. The Golden State Warriors can win their fourth NBA title in eight seasons avoiding a winner-take-all Game 7 by emerging victorious.

They won two straight beating the Celtics at their own game playing stingy defense holding the Cs to less than 100 points and covering the line as a NBA spread pick. Boston is just 6-5 on the parquet floor this postseason and needs the Garden magic to appear after two duds put them in a 3-2 hole.

The Celtics emerged as a 3.5-point favorite on the opening NBA betting line at SugarHouse sportsbook.

I said depth would play a role in the series and it has for the Warriors. With Stephen Curry not making a three-point shot for the first time in like forever and scoring only 16 points in Game 5, the Warriors used a breakout effort from Andrew Wiggins in the 104-94 victory. Wiggins was 12 of 23 for 26 points adding 13 rebounds and playing strong defense for over 42 minutes. They also got contributions from Gary Payton II and Jordan Poole off the bench to offset Curry’s horrid performance. It’s kind of frightening that the Dubs can beat a strong team by 10 points with their top scorer missing all nine triples and making just 7 of 22 shots overall. Since allowing 120 points in Game 1, the Warriors are NBA betting picks against the UNDER holding Boston to an average of 98.8 points over the past four games playing below the closing total in two straight and three of four.

The Celtics have responded to bad games with a win all postseason, until Monday. There were some positives. Boston actually played a strong third period in Game 5 overcoming a 51-39 halftime deficit to briefly take the lead with their 35-point outburst. But they lost the fourth quarter battle, had troubles initially making three-pointers, and were again careless with the basketball committing 18 turnovers. And while Jayson Tatum scored 27 points, we haven’t seen Boston’s superstar take over a game like he can.

He’ll get another chance on Thursday hoping to extend the series. The Celtics had lost consecutive games just once since late January and they haven’t dropped three in a row in that span. They will have to meet the challenge at home where they are 6-5 SU and a 5-6 NBA pick against the spread in the playoffs.

You don’t need to score a lot of points when the defense can shut down teams like the Warriors did the last two games. Sure there were occasional runs by Boston, but for the most part, the Dubs succeeded in their game plan limiting opportunities for the Celtics top scorers while making things uneasy with relentless pressure. And I wonder what’s scarier; winning by 10 points with Curry a non-factor or the expected rebound from the game’s most prolific three-point shooter after not making a triple for the first time in over 230 combined regular and postseason games.

That’s the beauty of Golden State. Unlike other teams that have to spoon-feed their stars, there are no egos, at least not publicly, on the Warriors. Just let someone else take over when certain players struggle. On Monday it was Wiggins, Poole had his turn in the playoffs and Klay Thompson was at it again in Game 5. That’s what makes them a tough team.

Let’s don’t design the parade route just yet. The Celtics have a lot of pride and they still are a great basketball team despite losing two in a row. If they are going to be an NBA game pick on Thursday they will have to clean up a few things. Wasted possessions hurt the offense and we saw Boston turn the ball over 18 times on Monday night. That’s an unacceptable number. And it took some time for them to find a groove on offense.

“Definitely we weren’t as sharp as we needed to be during times there, just tough. Now our backs are against the wall and we have to see what we’re made of,” Al Horford said. Limiting turnovers and more consistent shooting will help. It’s been an odd series in that every game has been decided by at least 10 points with the winner an NBA spread pick. In their wins the Celtics averaged 118 points while scoring only 93 points per game in three losses.

I have the Celtics winning the series in seven games and my prediction is still alive. That means they have to win Thursday night and I expect we’ll see more intensity and a sense of urgency with their backs against the wall. It’s about time Tatum took over a game and he better makes an appearance to extend the series. I think he does making Boston my NBA daily pick at SugarHouse.