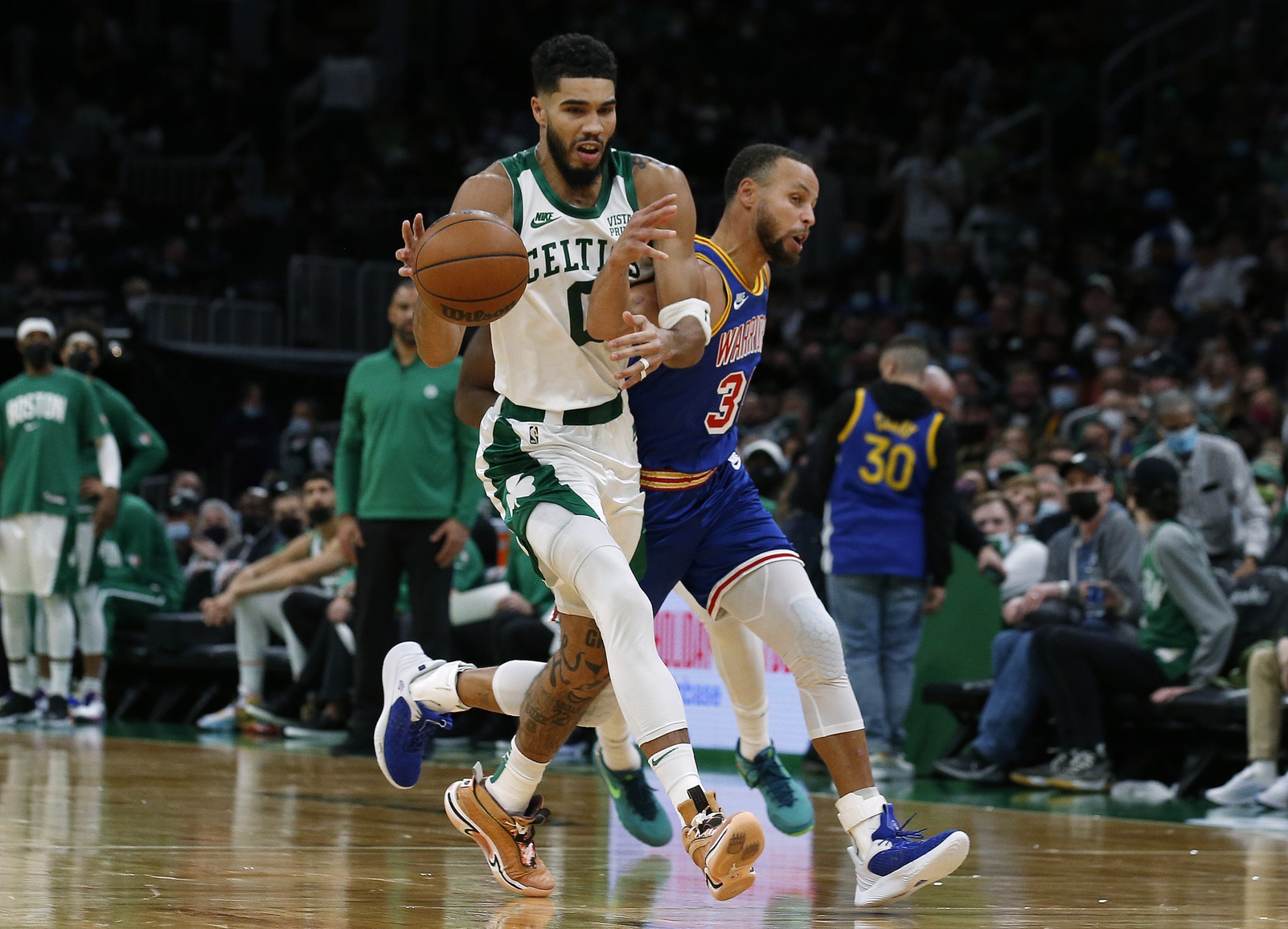 The 2022 NBA Finals heads to Boston for Game 3 on Wednesday with the Golden State Warriors and Boston Celtics tied at 1-1. Each club earned a double-digit payout win in the Bay Area with Boston stealing homecourt advantage. However, that hasn’t been much of a positive for the Cs, who are just 5-4 on the parquet floor this postseason with a losing NBA spread pick record over their past seven home games. Golden State avoided a disastrous 0-2 hole by dominating the second half in their 107-88 Game 2 win to level the series and they are catching 3.5-points on the opening NBA betting line at SugarHouse sportsbook.

While the series is even the games haven’t been that close. Oh, they were for a while until second half onslaughts allowed each club to pick up a victory splitting the first two games in NorCal. And it only seemed appropriate since neither team has lost consecutive games this postseason. Golden State improved to 13-5 with their Game 2 victory using a stellar defensive effort to stymie Boston. The Warriors had the second-best defensive rating in the NBA during the regular season and showed they are more than just raining threes by holding the Celtics to 38 percent shooting, forcing 18 turnovers and frustrating Jayson Tatum.

They’ve also been one of the top NBA picks against the spread going 6-2 over their last eight games. One weakness has been their play on the road. The Dubs are just 3-4 away from Chase Center this postseason.

While the Warriors have struggled on the road, the Celtics have had their issues at the Garden this postseason. They won their first two games while sweeping Brooklyn in the first round but have gone just 3-4 since.

They dropped two of three home games to Miami in the East final and split their games with Milwaukee the series before. Boston lost their regular season home meeting to the Warriors, 111-107, back in December, but the Cs have been a strong NBA odds pick winning three of the last five home games against Golden State while going 3-1-1 ATS. And I don’t think they can play much worse than they did in Game 2, especially in the third quarter when they were outscored 35-14. If the Celtics need more motivation all they have to do is read the national clippings. Boston’s Game 1 win called ‘stunning’ but for a team with the best record in the Association since the end of January, I would hardly call it that.

Say what you will about Draymond Green, but he served his purpose in Game 2 by disrupting the Celtics and shifting their focus to his borderline cheap tactics. I’m not a referee, but it sure looked like Green got away with stuff he probably wouldn’t escape from in a regular season game in November. Then again, he probably wouldn’t act like a fool in that game. Anyway, credit Green for doing what he did, but I doubt that will go over in Boston.

If the Warriors are to be an NBA game pick on Wednesday, more production from Steph Curry and Klay Thompson is required. Curry scored 29 points in Game 2 even though he wasn’t his normal deadly self.

He was 9 of 21 overall and 5 of 12 from deep while Thompson missed 15 of 19 shots. And yet the Warriors still won by 19 points thanks to a strong defensive effort. They held Boston 38 percent and forced 18 turnovers.

Boston got plenty of help from role players in Game 1 leading to their victory. Those same guys came back down to earth with a thud in Game 2. With Jayson Tatum making just 3 of 17 shots Al Horford, Derrick White and Marcus Smart picked up the slack. In his first Finals game Horford made it memorable scoring 26 points with White hitting 5 of 8 triples for 21 points. Smart tossed in 18 points. Those three combined for 16 points in Game 2 with White scoring all but four of them.

The role players don’t have to play like the trio did in the opener, but they need to contribute more than they did in Game 2. And the Celtics really need a more consistent effort from Tatum, who scored 28 points on Sunday but was 8 of 19 shooting, committed four turnovers and was minus-36. Tatum has bounced back from bad games and the Celtics have rebounded from defeats winning their previous six games after a loss by an average of 15.5 points.

The Warriors won by 19 with Thompson struggling to make shots. The Celtics won by 12 with Tatum misfiring. Imagine what happens when those guys start playing to their abilities. We can’t use the lack of Finals experience as an excuse and I expect the Celtics will be ready to bounce back from their lopsided Game 2 setback. And look for Tatum to be a key piece in that making Boston my NBA daily pick at SugarHouse.