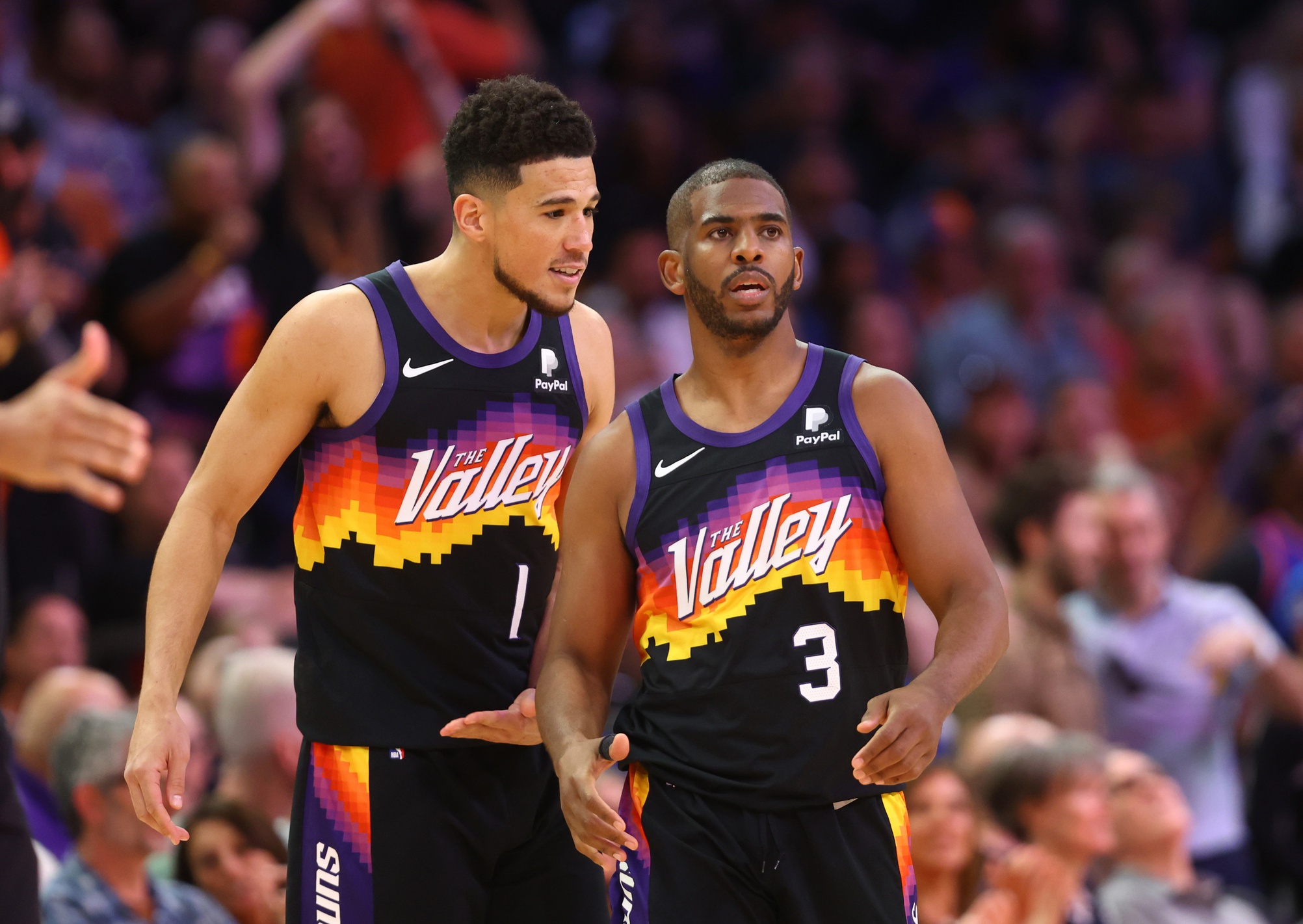 The 2022 NBA Playoffs begin on Saturday, April 16 with last year’s two finalists, the Phoenix Suns and Milwaukee Bucks listed as the betting favorites. The Bucks won the title a year ago, but they are the second choice in this year’s NBA Championship odds at +550. The Suns are the top choice at odds of +270. The Brooklyn Nets are stuck in the play-in tournament, yet they are still listed third in NBA betting odds at +650. The Golden State Warriors and Miami Heat are the other two teams listed at single-digit odds, as the Warriors are +900, while the Heat are +950. Three other teams are considered darkhorse contenders, as the Boston Celtics, Memphis Grizzlies and Philadelphia 76ers are each listed at odds of +1300 or less. Let’s look at the latest 2022 NBA title odds, the favorites, and some longshots.

There is no question that the top contender to win the 2022 NBA title is Phoenix. The Suns finished the season with the best record in the NBA and it wasn’t even close. Memphis had the second-best record in the NBA but no one really thinks the Grizzlies can beat the Suns in a seven-game series. The only competition for the Suns could come from Golden State, but only if the Warriors are healthy.

I put the Nets in the darkhorse category, because they can’t be listed along with Phoenix and Milwaukee. The Nets have one of the top players in the NBA in Kevin Durant and they are definitely a threat with Durant and Kyrie Irving playing together, but there are still questions as to how this team will score when defenses take those two players away and Brooklyn still has to prove they can beat Milwaukee in a meaningful game.

I put Golden State in the darkhorse category, but if they are really healthy you could put them in the top contender category. The Warriors were right with Phoenix for the top record in the league before Stephen Curry got hurt. If he is healthy, and that is a big if, the Warriors are a serious threat.

The Heat won the Eastern Conference this season and you have to give them some respect, but can you really see this team beating a team like Phoenix in the NBA Finals? The Heat are a very good defensive team, ranking 3rd in the league, but they can struggle to score points at times and their offense just can’t keep up with a team like Phoenix.

The Boston Celtics have played well down the stretch and they are starting to get some respect in terms of NBA betting odds. The Celtics are the best defensive team in the NBA, but like Miami, they struggle at times to score points and they can’t handle a team like Phoenix. That begin said, the Celtics could be a threat to Milwaukee in the East.

The Grizzlies and 76ers could have some value in terms of NBA betting odds. Each team has a superstar scorer, as the Grizzlies have Ja Morant who averaged just over 27 points per game, while Philadelphia has Joel Embiid who averaged over 30 points per contest. Of all the teams in the East, the 76ers could have the most value at odds of +1300, as they actually have a couple of players who could cause Phoenix trouble in Embiid and James Harden.

There are four teams worth a minor look in terms of longshot NBA title odds. They are Dallas, Denver, Utah and the Clippers. The Mavericks have Luka Doncic and he is capable of winning games on his own. The Nuggets Nikola Jokic, but they are really no threat without Jamal Murray who is injured. Utah is the one team that should be a contender, considering they players they have, but their chemistry seems to be off. The Clippers got Paul George back and perhaps they can make a little noise, but they are no real threat without Kawhi Leonard.