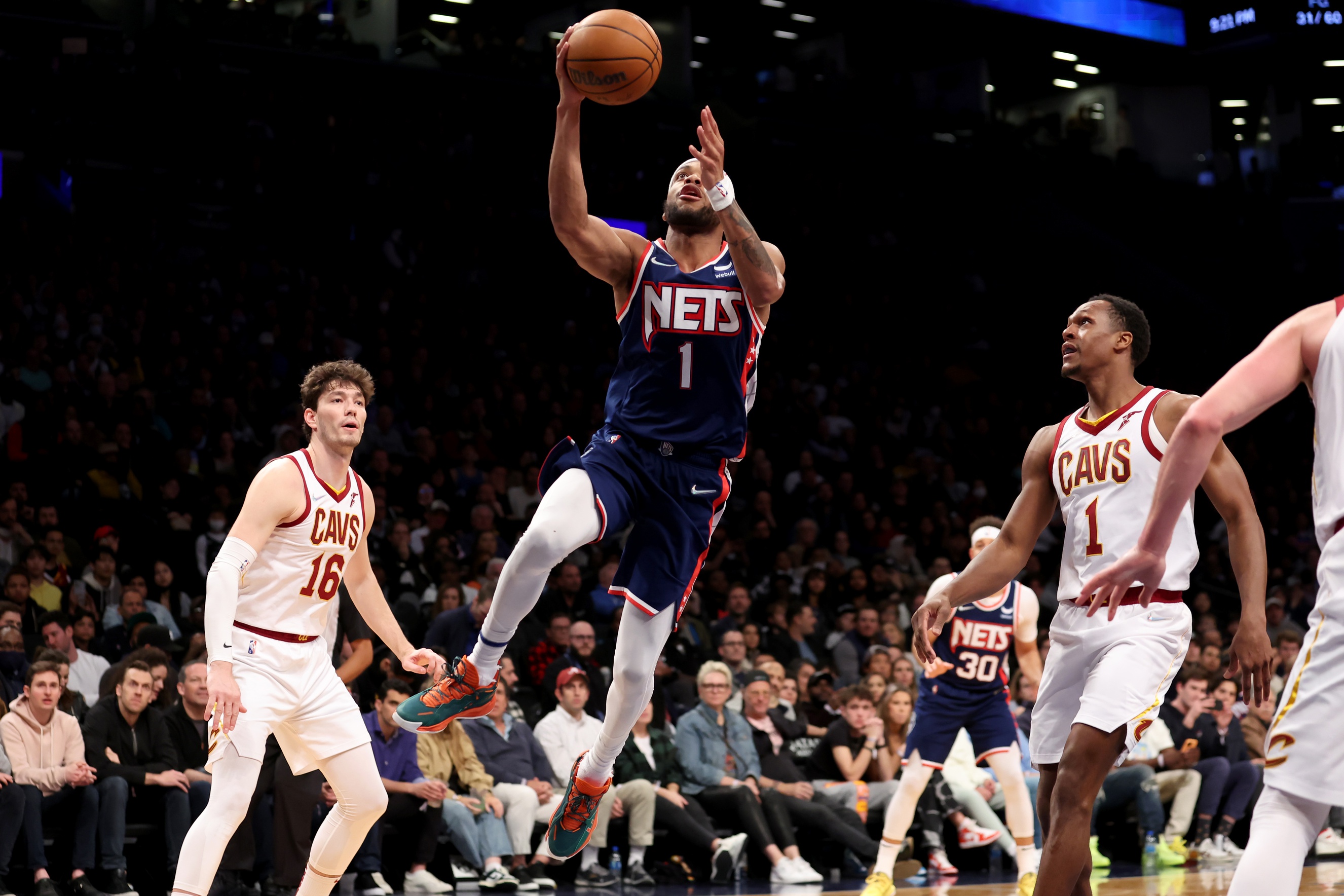 If the Brooklyn Nets are a favorite to win the NBA title they sure as heck are a big favorite to advance out of the play-in tournament. Listed at most shops as the third NBA Finals pick on the betting board, the Nets must first win a game to get a spot at the playoff table. And they are laying 8-points, the most of any team in the first four postseason games. The Nets dealt with hardship over the course of the regular season; injuries to Kevin Durant, work-related COVID issues with Kyrie Irving and the trade of James Harden. They will face the Cleveland Cavaliers on Tuesday with the winner earning the No. 7 seed in the Eastern Conference playoffs and a meeting with the Boston Celtics in the first round.

The runners-up from last season’s conference finals didn’t have as much success, but they are competing for a chance at hoisting the O’Brien Trophy. The Atlanta Hawks, who lost to Milwaukee a season ago, hosts the Charlotte Hornets in the other Eastern Conference matchup. The winner visits the loser of the Brooklyn/Cleveland contest while the loser is eliminated.

The Los Angeles Clippers have been without Kawhi Leonard since he sustained a knee injury in the Western Conference final last year. And with Paul George missing a majority of the season they still finished 42-40 to claim the No. 8 seed. The Clips visit the Minnesota Timberwolves, who are searching for just their second playoff appearance since 2004. LA is 6-1 SU and 5-2 ATS since PG13 returned late last month. The winner gets Memphis in the first round.

The only two teams with sub-.500 records in the tournament tangle in the other West matchup. New Orleans and San Antonio were a combined 24 games below the breakeven point. Thankfully one of them will be eliminated. The winner takes on the loser of the LA/Minnesota game to determine the final seed in the West and a matchup with the best team in the Association, the Phoenix Suns.

The Nets are as close to full health as they’ve been since the start of the season and the decision allowing Irving to compete in home games has an impact. They had the fewest home wins among the top-10 in the East going 20-21 SU. They were also a horrible NBA against the spread pick going 9-31-1 ATS. That’s right, I had to double check that myself. They did beat the Cavs twice at Barclays Center and took three of four during regular season. They have plenty of scoring and with the Cavs likely without a key defensive piece in Jarrett Allen, the Nets are a solid NBA spread pick.

Not only did the Clips get George back in the lineup they also got Norman Powell back giving them added punch in their lineup. George used the last few games to get back in game-shape after missing nearly three months and LA responded winning their last five and six of seven to close the campaign. They beat the Wolves three times earlier in the year with George in the lineup and lost when he was out, proving how much of a difference-maker he is. And LA did a good job containing Karl-Anthony Towns holding him to 10 points below his season average in the four meetings. The Clips are getting 2.5-points and they are my NBA pick for the outright.

The Hawks put together a nice second half surge to reach the play-in. You may recall they did something similar last year and reached the conference finals. Not much separates the teams in the East with these clubs having identical 43-39 records. The Hawks are laying 4-points since they’ve been strong at home winning 11 of their past 12 home games with eight payouts. We saw 2018 NBA first round pick Trae Young step up in last year’s playoffs and he’ll rise to the occasion again helping the Hawks get the cover.

The top-heavy West has a pair sub-.500 teams battling for a chance to make the playoffs. We saw a No. 9 seed advance last year when Memphis beat Golden State on the road in overtime. There’s hope, but that Griz team finished the regular season four games over .500, so they were clearly better than what we have here. The Spurs were good enough to dominate lesser teams and they won three of four in the season series. And it’s hard to bet against a Coach Pop team with evenly-matched clubs in the postseason.

If everything goes according to plan these are the matchups we’ll have for the final spot in the conference playoff picture. The Cavs have a talented group and there’s a chance Allen is back when this game tips off. He’ll make a difference on both ends of the floor making the Cavs my NBA lines pick to advance for a matchup with Miami in the first round.

The Wolves can score and San Antonio struggled to defend, that’s why we saw Minnesota win three of the four regular season games by double digits with two by more than 20 points. And the Wolves are so close to getting to the playoffs that I don’t think they blow this opportunity, especially on their home floor. You can wager on this game and every matchup during the NBA postseason at SugarHouse sportsbook.