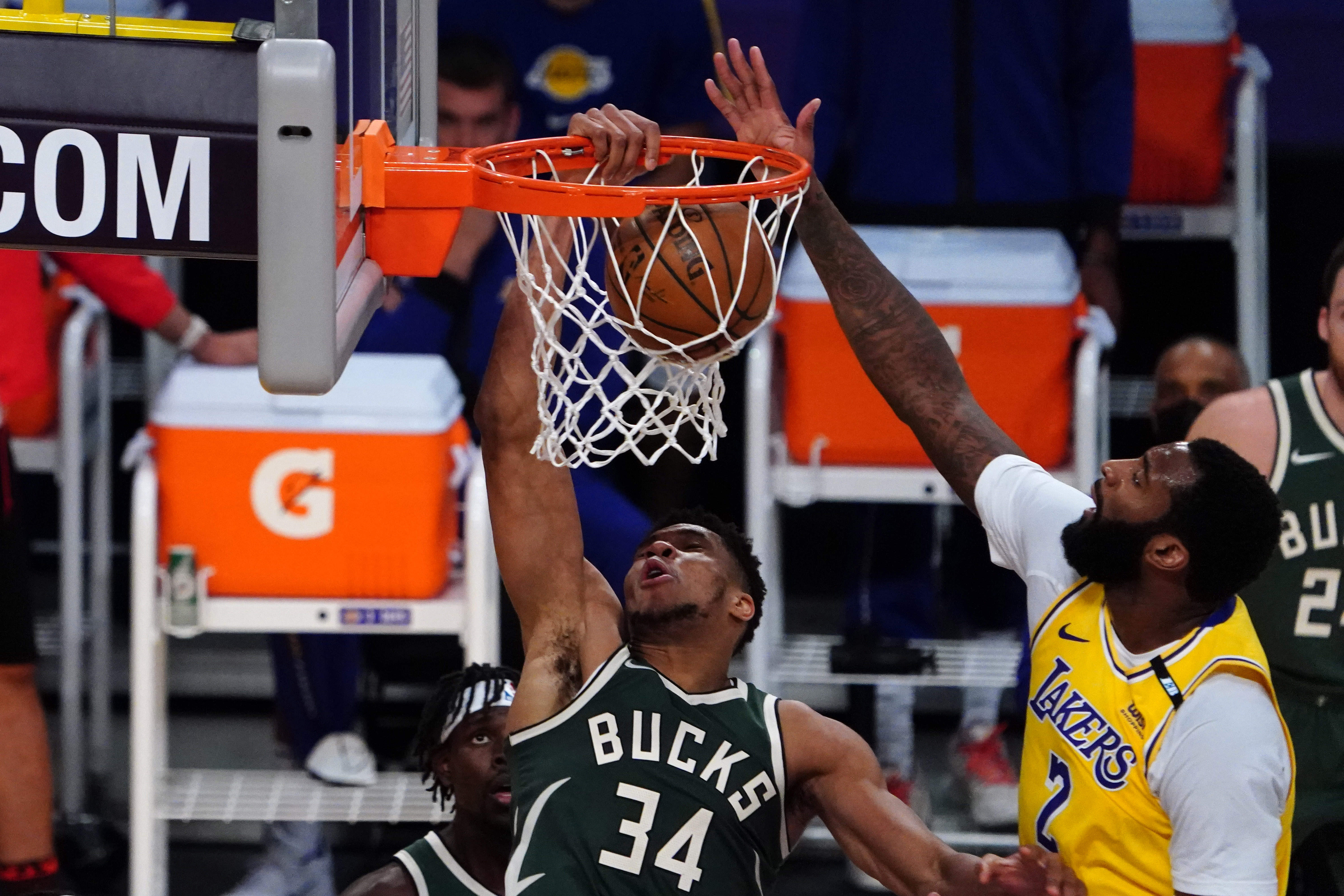 Is it time to be worried about the defending champs? There are reasons why it’s hard to repeat and the Milwaukee Bucks are experiencing them. They have dealt with injuries in the early part of the season and, as league champs, they have a target on their back every night. Riding a two-game SU and ATS losing streak, the Bucks are hopeful to have Khris Middleton back in the lineup for Wednesday’s showdown with the Los Angeles Lakers, who are trying to find some consistency in their game with a roster of newcomers.

The Lakers bounced back from a rough start to climb two games over .500 with a 114-106 cover win over San Antonio on Sunday. It was their third victory in four games going 3-1 ATS. They have a chance to get a season-best three games above the breakeven point with a game against Chicago ahead of this matchup. The win over the Spurs put the Lakers at 8-6 SU and 5-9 ATS. The oldest team in the league will be playing its third game in four nights with travel when they head to the Midwest.

The first month of the season has been more troubling for the Bucks, who have yet to win more than two consecutive games and dropped to 6-8 SU with losses to Boston and Atlanta to complete a five-game road trip. Milwaukee has been one of the better home teams in the NBA the past few seasons and will look to jumpstart their campaign with the first of five straight at Fiserv Forum. However, the Bucks are just 1-4 SU and ATS on their home floor this season dropping the previous four games.

Piecing together an almost entirely new roster is bound to come with some challenges and the Lakers have experienced the ups and downs associated with an overhaul. They have star players in Anthony Davis, Russell Westbrook and LeBron James, which is why they are among the favorites to win the NBA title this season. However, at just 8-6 they are nowhere near where they think they should be at this point. When you think the Lakers have it figured out they drop a bombshell. They’ve lost twice to Oklahoma City and after putting a pair of victories together last week they suffered a 24-point loss to Minnesota in an effort AD called embarrassing.

A move that likely went unnoticed outside of LA was the return of Talen Horton-Tucker, who scored 17 points in his season debut against San Antonio. “We have a strong belief in that young man and what he can do on both sides of the ball,” Frank Vogel said of THT. The Lakers also hope to have James back. He missed six games with an abdominal injury and the club went 3-3. Overall, half the team’s wins have come with James on the shelf. He missed a win over the Spurs last month. Davis took over in Saturday’s game leading by example. He netted 34 points pacing five players in double figures while grabbing 15 boards.

With the Lakers getting some reinforcements the Bucks are hoping for the same. And the game has a much different look if both teams are closer to full strength. About 90 minutes before tipoff of Friday’s game the Bucks scratched two-time MVP Giannis Antetokounmpo. They went out and lost 122-113 in overtime to the Celtics breaking a two-game SU and ATS winning streak. Mike Budenholzer knows the importance of being healthy at the end of the season as opposed to the beginning, but losses in November count just the same. The injury wasn’t deemed serious and with a few days off I expect Giannis to be on the floor.

Also helping is the potential return of Khris Middleton, who has been in the league’s COVID protocol after testing positive. The team’s second-leading scorer last season missed the past eight games and the offense has been floundering all season. One of the best in terms of efficiency and scoring the past three seasons, the Bucks average fewer than 108 points and rank 13th in three-point percentage. That’s led to the UNDER going 10-4.

Even if Middleton returns the Bucks won’t be at full strength with Brooks Lopez still sidelined with an injury. But they will have a big chunk of their offense back and that’s bad for the Lakers. And LA is expecting to have James on the floor giving the matchup star power. We haven’t seen Giannis dominate games yet like he’s done in past seasons and he needs to take over for the Bucks to have success. After getting whacked by Atlanta on Sunday look for Giannis to come out firing in a win for the home club.