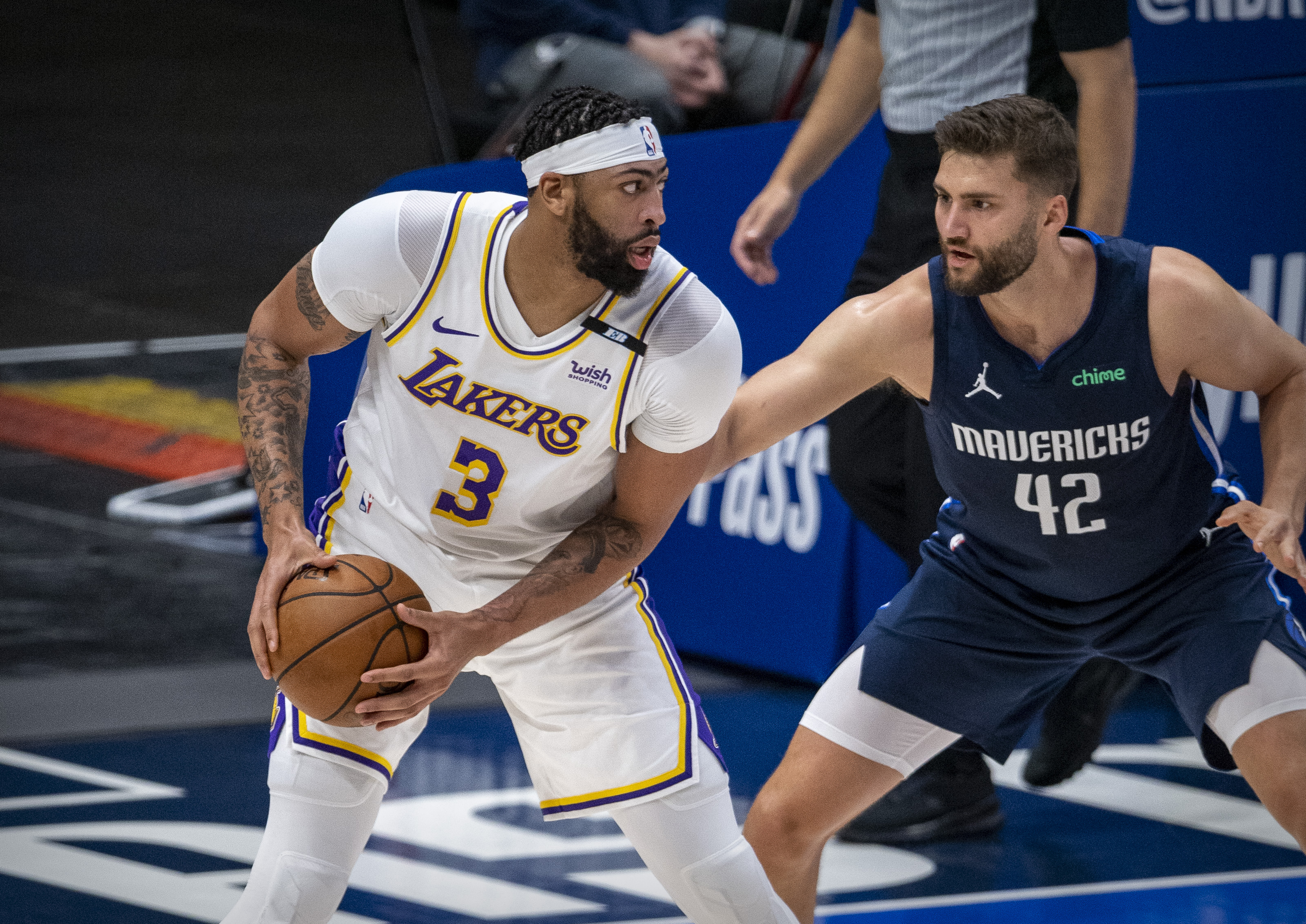 Two middling teams that were expected to be a helluva lot better square off on Wednesday night in the first game of an ESPN doubleheader when the Los Angeles Lakers visit the Dallas Mavericks.

There is plenty of time to turn things around and the Lakers are showing signs that their revamped roster is coming around by winning two straight NBA point spread picks and five of their last seven games to get two games over the breakeven point. They can match a season-high with their third straight win as the teams meet for the first time this season.

The Lakers enter this matchup playing their best basketball of the season. During their championship run a few seasons ago they were one of the best defensive teams in the league and they’ve returned to that formula sparking their recent surge. They held their last two opponents to fewer than 100 points winning both by double figures while covering the closing line. LA is 3-1 ATS over its last four games and has cashed the UNDER in four straight and five of the last six games. The Lakers haven’t won in Dallas in almost two years going 0-2 SU and ATS last season.

If you can play .500 ball on the road you should be a good NBA team. Of course that’s assuming you win a majority of your home games. The Mavs improved to 7-7 on the road with Sunday’s 103-84 win over OKC. But their struggles at home are troubling. They’ve dropped five in a row SU and ATS on their home floor leaving them at 6-6 SU and 3-9 ATS overall at AAC. Dallas will be playing its third game in four nights after a tilt with Charlotte on Monday while the Lakers have a few days off. At least Luka Doncic is expected to play after sitting out a few games with an ankle injury.

Even with a group of veteran players and three former NBA first overall picks it’s hard to overhaul the roster and have immediate results. The Lakers know that after experiencing ups and downs in the early part of the season. The transition has been far from seamless, though LA should be better as the season progresses as long as egos don’t get in the way. LeBron James is doing his best to get the Lakers peaking and is a good NBA fantasy pick. He registered his second triple-double in three games with 30 points, 11 rebounds and 10 assists to help take down Orlando on Sunday. He’s scored at least 30 points in six of his last eight games and leads the team averaging 26.3 points.

It’s hard to imagine the Lakers being better defensively than they were the last two games. They held Orlando and OKC to less than 100 points doing so without Anthony Davis. AD sat with knee soreness though there’s a good chance he returns on Wednesday. And that should make LA even better. Davis is averaging 24 points and 10.2 rebounds. Over their last seven games the Lakers are allowing just over 102 points per game, about 10 points below their season average. They won five times with the UNDER at 5-2 in that span.

The Mavs are also expected to have a key piece back in the lineup in time for Wednesday. Luka Doncic sat out the team’s back-to-back resting his sore ankle. The Mavs knocked off OKC on Sunday posting their first win in five games without Doncic in the lineup. And they sure could use their leading scorer with an offense that hasn’t been very good this year. The Mavs average less than 104 points and they’ve gone six straight games without topping that number. They are 2-4 SU and ATS in that span with the UNDER at 6-0.

Jalen Brunson got the start in place of Doncic on Sunday scoring 18 points with nine rebounds. They’ll need that kind of production from role players when Doncic returns instead of relying on their superstar to handle the load. And while Doncic is averaging 25.6 points, 8.0 rebounds and 8.5 assists, the numbers are below his totals from the previous two seasons. One reason could be his conditioning, which came into question when Doncic was reportedly 30 pounds overweight at the start of the season. He recently admitted his conditioning was an issue and that he’s “got to be better.”

With their aging roster the Lakers will take a few days off when they can get them. They have a few leading up to this game with the Mavs playing their third game in four nights. Doncic’s expected return is a boost, but the Lakers look like the best NBA pick against the spread in this matchup.