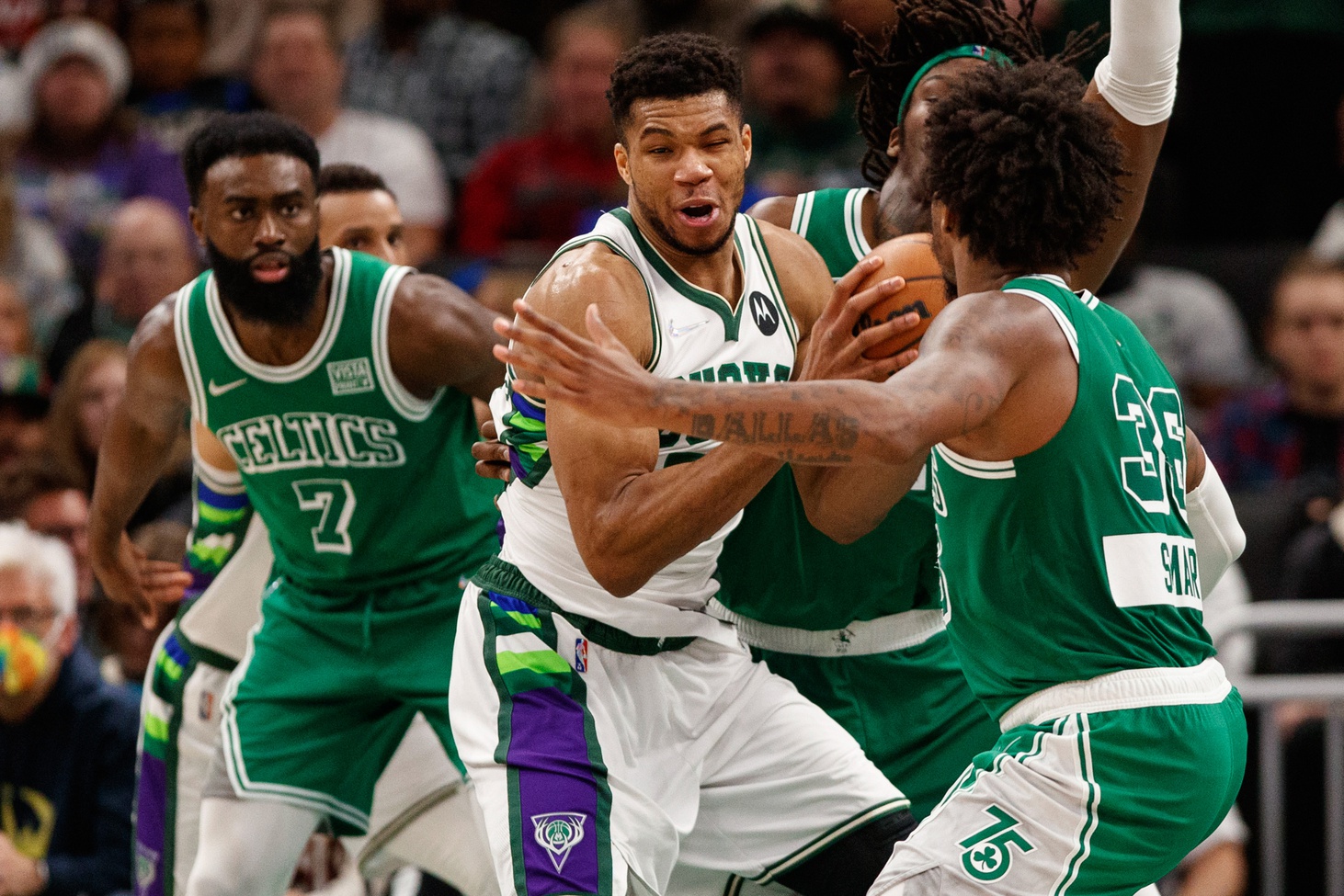 The Eastern Conference playoff race is a jumbled mess with time running out on the NBA regular season. One game that will impact the final standings takes place on Thursday in a battle of heavyweights between the Boston Celtics and Milwaukee Bucks in the first game of TNT’s doubleheader. The Celtics joined the fray by winning over 81 percent of their games since late January and they’ve been one of the top NBA picks against the spread with eight payouts in nine games following a 144-102 waxing of Washington on Sunday to complete the home portion of their schedule.

The Celtics were a .500 team into late January before going on an epic run that has them closing in on the top spot in the East. Following a loss to Atlanta on Jan. 28 the Cs were 25-25 and searching for an identity under new coach Ime Udoka. Well, apparently they found it. The Celtics improved their odds as a top NBA Finals pick putting together winning streaks of nine, six and five games since then winning 26 of 32 to join the top four in the East standings. In order to secure a higher seed they’ll have to win on the road. Their final three games are away contests with this matchup the second of a back-to-back. Boston is at Chicago on Wednesday.

Ahead of their title defense the Bucks are looking to get their mojo back. They’ve gone 7-5 since the middle of last month and dropped a pair of games to close last week. With most of their regulars resting against the Clippers, the Bucks were exposed in a 153-119 home loss. Having a complete lineup two days later they were ambushed by the Mavs failing to cover the spread in two straight games for the first time since late January. They were a top NBA against the spread pick during that run with 11 payouts in 15 games. Overall the Bucks are 48-30 SU and 37-41 ATS.

Most assume Joel Embiid will win NBA MVP this season, but expect Jayson Tatum to get a few votes. The main catalyst in Boston’s recent surge, Tatum is averaging 27 points, eight rebounds and 4.4 assists per game. He scored at least 30 points in 10 of his last 15 games helping the Celtics cash the OVER in seven of their last eight games and 10 times total during that span. He’s gotten help from sidekick Jaylen Brown, who averages 23.7 points. The offense has picked things up helping the Celtics become a top NBA odds pick against the OVER.

Depending on their plans for the remainder of the season will tell us about what the Celtics will do on Thursday night. The last time they played the second game of a back-to-back Tatum, Brown and Al Horford didn’t dress. They lost 115-112 to Toronto in overtime. Finishing up a back-to-back has been an issue this season. The Celtics lost three of their last four such games and they are just 2-5 ATS in the previous seven instances.

The Bucks and Giannis Antetokounmpo have played their best basketball against the top teams in the East. The two-time MVP, who should get votes this season, had back-to-back 40-point games in wins over Brooklyn and Philadelphia last week. Those games kept the Freak in the league scoring race. He entered the week averaging 30.1 points, 11.6 rebounds and 5.8 assists while shooting 55.4 percent from the floor. Seven players average double figures helping the Bucks score 115 points a game, the third-highest total in the NBA.

The teams last played on Christmas day when Giannis went for 36 points to help the Bucks stop a three-game losing streak with a 117-113 victory. Milwaukee has been a solid NBA pick in recent games against East opponents. They’ve won their last nine intraconference games while going 8-1 ATS. The streak was extended with a 127-106 win over the Bulls on Tuesday night. Brook Lopez, an NBA first round pick in 2008, had his best game since returning to the lineup after a lengthy injury absence scoring 28 points.

I have a feeling the Celtics might rest some regulars in the second of this back-to-back, losing the battle to win the war. Besides, being as healthy as possible heading into the postseason trumps where you’re seeded. The Bucks proved that last season winning the title as the No. 3 seed. And Milwaukee knows it has to turn things on ahead of its title defense. They played a solid game in Chicago and having that extra day means a lot, that’s why I’m backing the Bucks as my NBA pick of the day at SugarHouse sportsbook.