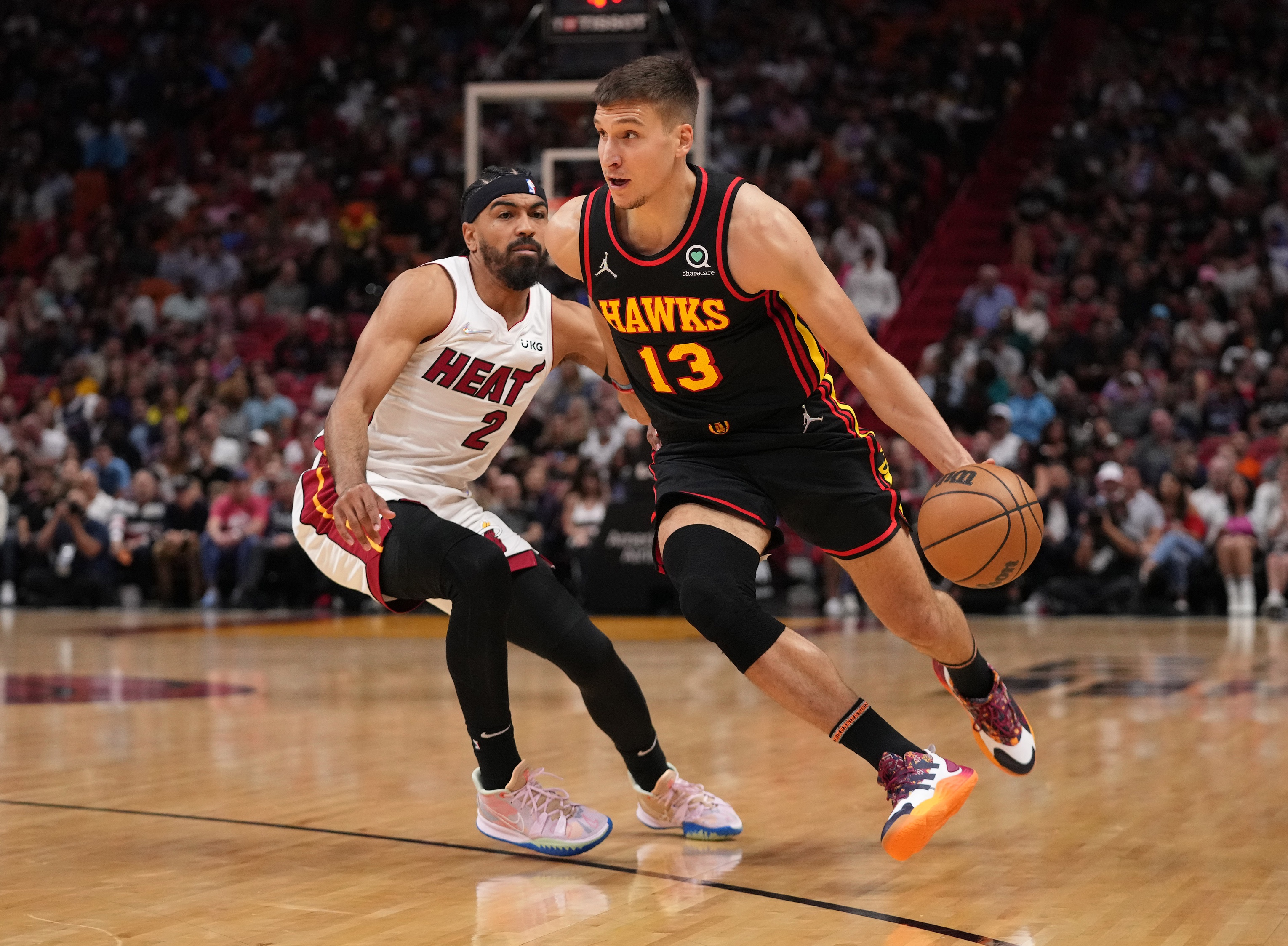 It’s been a hectic week for the Atlanta Hawks with all the commotion of winning two play-in games just to qualify for the playoffs catching up with them in Game 1 of their Eastern Conference first round NBA playoff matchup with the Miami Heat. Playing their third postseason game in five days, the Hawks had little in the tank in their 115-91 setback to Miami on Sunday. The Heat continued their mastery over their division rival as a top NBA pick against the spread with their fourth win and payout in the last five meetings. After covering the 6.5-point line in Game 1, the Heat hit the board laying 7.5-points to take a 2-0 lead in the series.

The Hawks made an improbable run to the Eastern Conference Finals last season before falling to eventual NBA champion Milwaukee in six games. They did that as the No. 5 seed, but things are a little different this year. The Hawks had another closing surge to claim the No. 9 seed and a spot in the play-in tournament. They had to win two do-or-die games just to get here beating Charlotte and Cleveland. But the Hawks struggled away from home this season winning just 16 games, the fewest of any playoff team. It looked like they turned a corner with their win at Cleveland giving them four wins in their last six road games. A deeper dive shows the previous three victories were against Houston, OKC and Indiana, teams that combined to win 65 games. Since getting clobbered by the Lakers in early January, the Hawks finished the regular season as a bad NBA betting pick going 6-15 ATS on the road.

One would think a team that finished two games clear in its conference would be a top NBA Finals pick. However, that isn’t the case for Miami. Though the Heat had a stronger regular season showing than Milwaukee, they are behind the Bucks and listed as the fourth favorite on the championship betting board at SugarHouse sportsbook. In case they needed added motivation that just might be it. Miami claimed the top spot winning six straight while going 6-0 ATS before dropping the regular season finale when all starters rested. The Heat picked up right where they left off in Game 1 jumping out to a big early lead and cruising to a 24-point victory.

If the Hawks are going to be competitive in the series they need more from Trae Young. The 2018 NBA first round pick was electric in the play-in win over Cleveland scoring 38 points on 13 of 25 shooting with nine assists. But he struggled in Game 1 with the worst shooting night of his career. Young made just 1 of 12 shots for a season-low eight points and the Hawks had no one to pick up the slack. They shot just 39 percent with Danilo Gallinari putting up a team high 17 points. They also committed 18 turnovers.

Young isn’t too concerned about his play. Some minor adjustments should free him up and the shots he normally makes will go in. “I’m very confident we’re going to turn this around,” he said. What he can’t do is heal the injury to Clint Capela, which was a big deal on Sunday and will affect the entire series. Needing frontcourt depth, John Collins played for the first time in 19 games while dealing with foot and hand ailments.

It had been a while since Miami starters actually played a meaningful game. They had the No. seed secured ahead of their penultimate regular season game against Atlanta, which they won 113-109. They then had a week off to watch the play-in tournament. But the Heat kept right on rolling using the recipe that got them the most wins in the East. Duncan Robinson was the catalyst on Sunday scoring 27 points on 9 of 10 shooting. He made 8 of 9 three-pointers and the Heat were on fire making 52 percent of their field goals and 47 percent of their threes.

Miami easily covered the closing line and they’ve been a solid NBA odds pick all season going 7-1 ATS in their past eight games and 47-35-1 ATS for the season. They are tough to defend with seven players averaging in double figures and they were the top three-point shooting team during the regular year, which allowed them to cash the OVER in 49 of their 82 games.

The last three regular season games between were all tight with none decided by more than six points, so it’s safe to say we could get back to a more competitive series. I don’t think Young is going to struggle like he did in Game 1, however, the Heat did get Bam Adebayo back in the lineup on Sunday and he should be more of a force than he was, especially without Capela to protect the paint. I’ll back the Hawks with the points, but the Heat are my outright NBA pick of the day at SugarHouse.