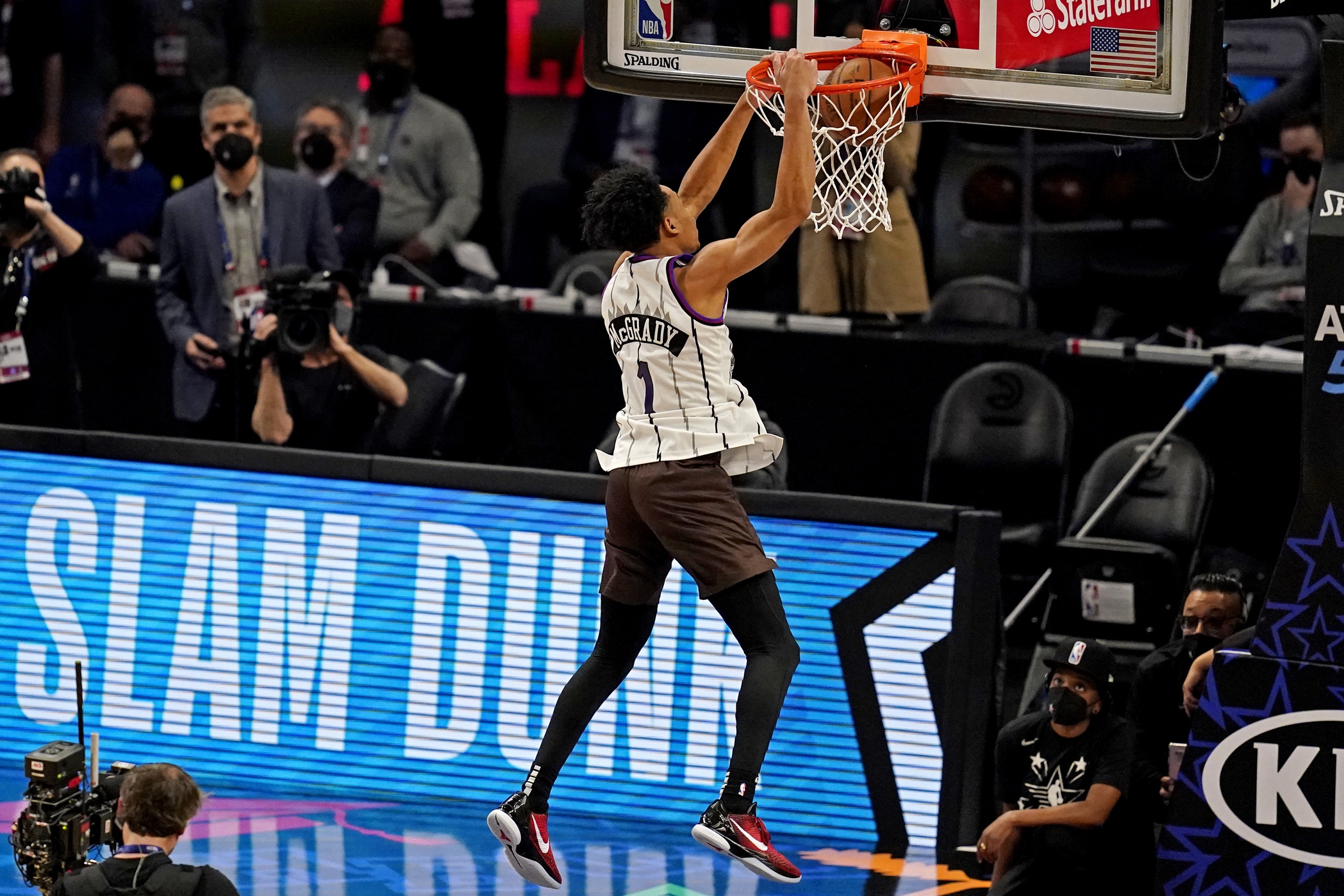 The NBA All-Star festivities begin this weekend as the league takes a break for the midway point of the season. Events will include the annual three-point contest, the slam dunk competition, and the All-Star Game, itself.

LeBron James and Kevin Durant to the stage earlier this week to select their teams for the upcoming matchup. Unfortunately for Team Durant, they’ll be without their captain as he continues to deal with a lower leg injury that’s kept him off the floor since mid-January.

It should be a fun-filled weekend of All-Star madness. Check out BetMaker for a preview and prediction of the upcoming events before placing your next NBA wagers.

This contest boasts a ton of three-point shooting talent. Patty Mills is converting nearly 42% of his attempts from long range. Youngster Desmond Bane has drilled 41.3% of his three-point shots. We already know the abilities of superstars Trae Young and CJ McCollum.

It should be a highly competitive event.

We’ll take Fred VanVleet to win this contest, as he should be considered one of the event’s favorites heading into the weekend.

The Toronto guard is averaging 21.6 point per game and is shooting 40.1% from beyond the arc. VanVleet makes four long distance shots a night, the second-best mark in the league, and gets more production from three-point land than he does inside the arc.

The field for the Slam Dunk Contest is a bit smaller, with only four players participating in the event.

Second-year player Obi Toppin competed in the event last season, finishing runner-up to Anfernee Simons. Can he bring home the win in his next go-round?

He and Jalen Green may be considered the leaders in the clubhouse, but we’ll go out on a limb with our Slam Dunk winner.

Cole Anthony, while being the shortest player in the competition, possesses monster leaping abilities and should get creative on some of his attempts. The Magic star is being overlooked a bit, but we believe he’ll silence the doubters on Saturday night.

The action-packed weekend culminates with the All-Star Game on Sunday between Team LeBron and Team Durant.

The early NBA betting odds see LeBron and Co. as being a heavy favorite, boasting -245 odds of winning the game. Team Durant is the underdog, with +200 odds of taking home the victory.

The current line at SugarHouse sees Team LeBron as a six-point favorite with the over/under set at 320 points.

As for the game itself, Team LeBron is absolutely stacked. They boast much more star power than Team Durant, meaning this matchup could get out of hand.

James’s team includes last year’s All-Star MVP Giannis Antetokounmpo and reigning league MVP Nikola Jokic, not to mention James, DeMar DeRozan, and Luka Doncic, among others. While Team Durant has MVP candidate Joel Embiid, the roster can’t match the talent that his opposition possesses. With Kevin Durant out of the lineup, his team’s chances take a huge hit.

Last year’s total hit the 320-point mark with a 170-150 victory by Team LeBron. With defense being sparse in these All-Star contests, look for more of the same Sunday.

We’re banking on LeBron to show out in his return to Cleveland, landing both the win and MVP honors. Take James’s team with confidence as they bank a second-straight victory over Team Durant.