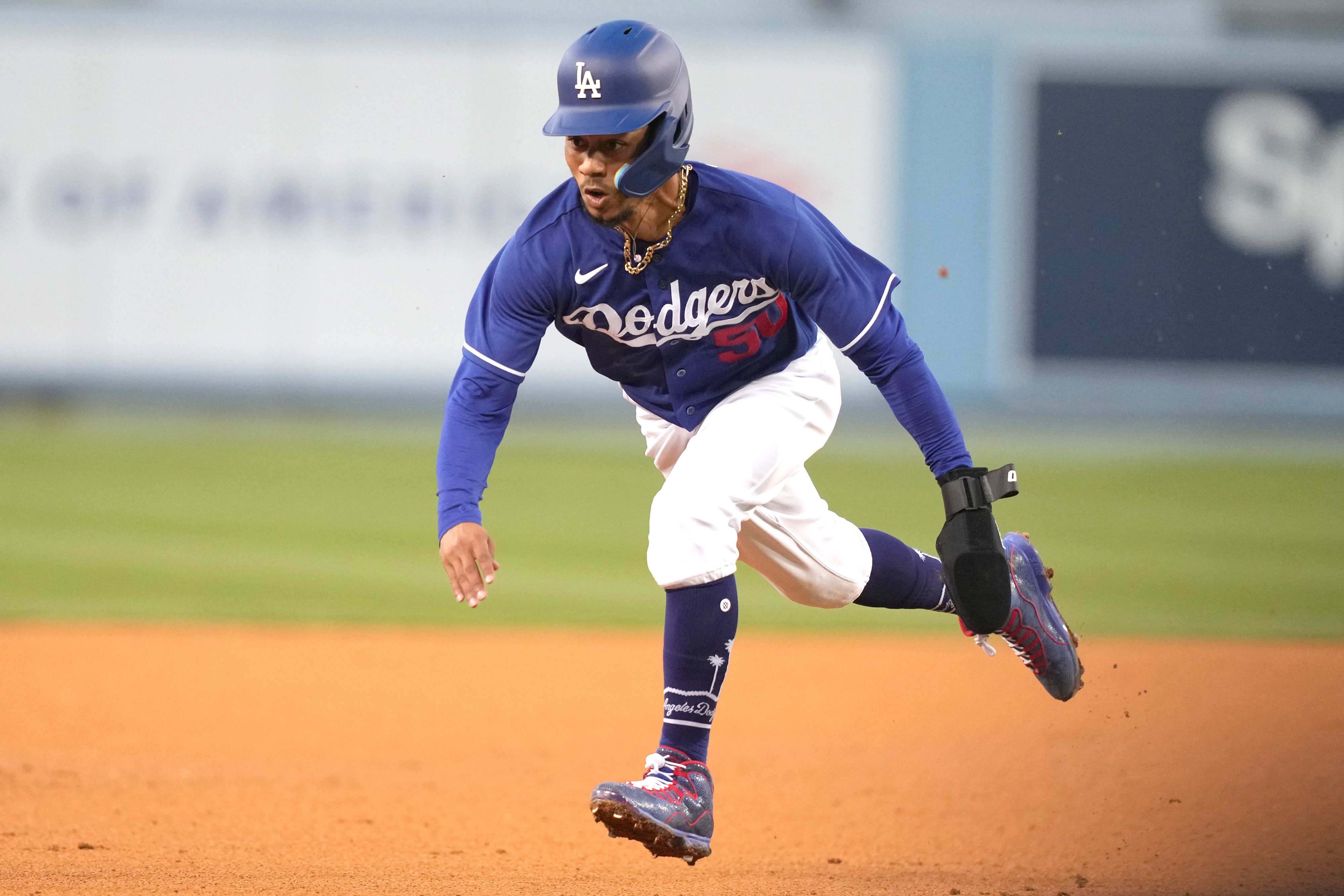 A different team has taken home National League bragging rights each of the last three seasons. The eventual World Series winning Atlanta Braves turned the trick last season, but it was the Los Angeles Dodgers that sealed the deal three of the prior four seasons. As stacked a roster Dave Roberts currently has at his disposal, it comes with little surprise to see the folks at FanDuel Sportsbook lining them the odds on favorites to get back to the World Series in 2022. The defending champs clock in right behind them followed by the Milwaukee Brewers, San Diego Padres, and New York Mets. The San Francisco Giants – last year’s surprise team – checks in at 12-1 and is expected by linemakers to finish third in the division. Will there be a surprise team this year as well? I wouldn’t bet against it! The following are teams I already invested in as favorite, underdog, and longshot selection to take home the Giles Trophy and compete in the Fall Classic.

It didn’t take long for Craig Counsell to turn the Brew Crew – formerly perennial losers – into a winning team. Save for playing to a 73-89 record in his first go round as the top dog, Milwaukee has produced a winning record each of the last five seasons. Four of which saw them go on to compete in the postseason. However, the closest this team got to winning the NL came in the first trip to the playoffs when it dropped the NLCS to the Dodgers in seven games. Since then, it’s been early departures in the wild card round followed by a tough loss to the Braves in last year’s NLDS. With a starting pitching staff that boasts Brandon Woodruff, Corbin Burnes, and Freddy Peralta at the top, any team would be hard-pressed to match that trio when the games matter most. Top that off with Josh Hader at the back end of the solid bullpen, and you certainly got a recipe for success; at least from a pitching perspective. But what about the offense? Well, it’s pretty hit or miss. Is Christian Yelich going to rediscover his former MVP self? Can Lorenzo Cain stay healthy, and Luis Urias and Willy Adames continue being pests? The additions of veterans Hunter Renfroe and Andrew McCutchen could be just what the doctor ordered! I really like the looks of this team heading into the regular season. It’s the toast of the NL Central which means it will have a seat at the table if nothing else.

Before I dig into the Fish, I want to let it be known that I absolutely love what the Philadelphia Phillies did to shore up their roster in the offseason. Adding Nick Castellanos and Kyle Schwarber to a lineup that already boasted Bryce Harper, J.T. Realmuto, and Rhys Hoskins will only breed goodness for sports bettors and fantasy players alike. That being said, I’m going to target a bit more line value instead and attach my wagon to that of the Marlins bus. Though the Fish took a step back in Donnie Baseball’s sixth year overlooking the franchise, I can’t help but get excited about the roster makeup of this team heading into the 2002 MLB betting season. I flat-out love the pitching staff! One through five, Miami is going to be dangerous; Sandy Alcantara, Trevor Rogers, Pablo Lopez, Elieser Hernandez, and Jesus Luzardo - what an exciting cast of young fireballers! Offensively, the batting order looks to be improved with the additions of Jorge Soler, Avisail Garcia, and Joey Wendle nestled in amongst Jesus Aguilar, and the up-and-coming Jazz Chisholm Jr. and Jesus Sanchez. The bullpen is also a strength. This is a squad that won’t allow any team to run away with the NL East pennant. They’ll be there for the long haul. I think their 77.5-game season win total is nothing more than a bad joke!

Since going to the playoffs in back-to-back years (2017 & 2018), the Rox have been forced to settle for fourth place finishes in the NL West each of the last three seasons. However, two of those campaigns saw them log 70+ wins. Last year, they went 74-87 and ranked out as the eighth most lucrative team to bet on over the course of the regular season. How? How was that possible with it entrenched in a division that had the Dodgers, Giants, and Padres? Well, the team could flat-out hit the baseball (No. 8), and its starting staff ranked out No. 4 in the quality start department. The bullpen was however a nightmare. Still, Bud Black was a magician. With German Marquez situated back atop the starting rotation and the offense still littered with a number of potent bats, Colorado won’t roll over and die. Not after inking former Cub Kris Bryant to a gargantuan multi-year contract and also bringing in the slick bat of Randall Grichuk. Remember the name Brendan Rodgers; the kid's a stud that will help win you a fantasy title this season – draft him! Will Colorado ultimately win the NL? Probably not. But this rate of return is still worth a beer money investment just in case the Rockies find a way to turn the NL West on its head.