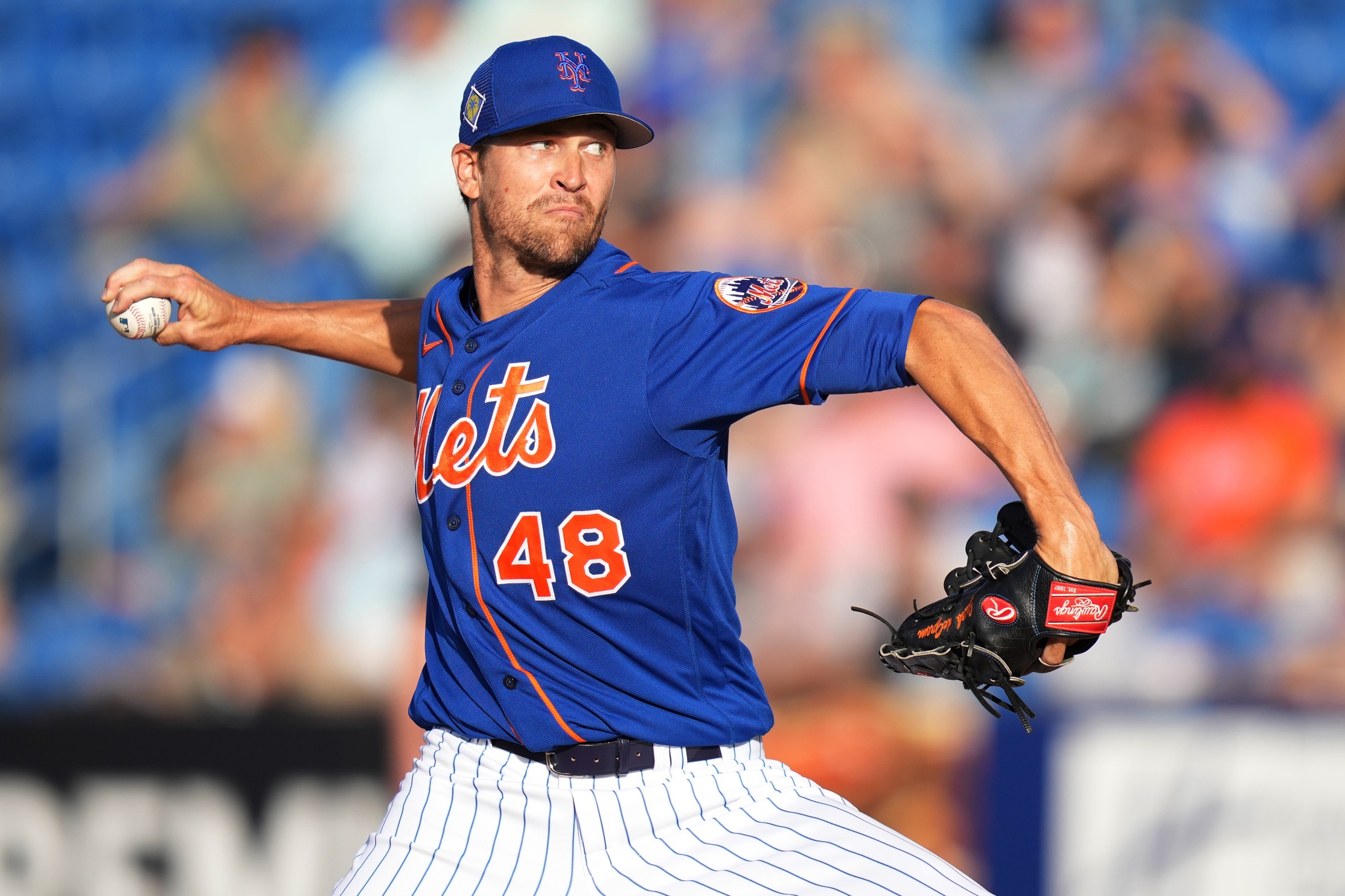 I’m still salty over Corbin Burnes being named the NL Cy Young award winner over Zach Wheeler a season ago. I had a beaut in my possession before the rest of the baseball betting world caught wind of his breakout campaign, but the ticket turned out to be nothing more than kindling for the fire that burned up all my discarded 2021 futures bets. While Jacob deGrom is the best pitcher in the National League, his health has failed him each of the last two seasons. Until he proves he can get back to making 30+ starts again, you’re better off not investing in the odds on favorite to win the NL Cy Young at FanDuel Sportsbook. While there are a ton of fantastic options to hang your hat on entering the year, I’ve got three suggestions to bank on before Opening Day. Without further ado, here are my favorite, underdog, and longshot selections to have a shot at taking home the hardware come the season’s end.

Zach Wheeler was nothing if not sensational a season ago! Though the staff’s No. 2 starter, his production dwarfed Aaron Nola’s by a country mile. The righty pitched to a 2.78 ERA, 1.00 WHIP and racked up 10.4 strikeouts per nine innings pitched. What ultimately cost him a shot at the Cy Young was the 10 losses. That had much more to do with his offense giving him very little run support, and the bullpen not being able to hold onto leads for him late after running into trouble. With additions made to the batting lineup and bullpen in the offseason, linemakers expect the Phillies to compete for NL East bragging rights this season. Should that come to fruition, Wheeler is going to find himself in an excellent position to get even more first place votes than he did a short season ago (12). His ability to keep the ball on the ground, tally big strikeout numbers, and go deep into games will find his body of work amongst the league’s elite come the end of September.

This payoff is going to look foolish come the season’s end! Peralta showed me more than enough a season ago to know he’s destined for greatness in short order. The Brewers might have a wealth of pitching at their disposal, but it’s Peralta’s stuff that has me salivating over him entering the regular season. While Milwaukee likes to tinker with its staff and go with a six-man rotation at times, Freddy Peralta was still able to gobble up over 144 innings of work and pitched to an insane 2.81 ERA and 0.97 WHIP. He surrendered just 5.2 hits per nine innings while also racking up 12.2 strikeouts on average. What hindered him most was walks evidenced by his 3.5 BB/9. This kid is only entering his age 25 season! If he continues to travel along the ascending plane the first four years of his professional career has taken, he’s going to be one of the more clamored for pitchers in both fantasy and prop betting markets for quite some time. Don’t be shocked if he ends up becoming one of the favorites to win the Cy Young a month into the regular season!

Truth be told, MLB bettors should be receiving an even bigger rate of return on Dinelson Lamet than 110-1 as poorly he showed in his return from Tommy John surgery last season. The overall body of work was grotesque to say the least! He went 2-4 with a 4.40 ERA and bloated 1.49 WHIP while serving up better than 4.0 walks per nine innings. His results as a starter relegated him to bullpen duty where he more or less turned into a fossil of his former self. But with 2022 comes a brand new season and he’s looked upon as a major wild card within the Padres starting rotation; should he earn one of the five spots. But if he does and reverts back to his pre TJ surgery form, we could be sitting on a lottery ticket here! Even with the poor performances of a season ago, he still racked up the Ks acquiring 57 of them through 47 total innings of work. He also wasn’t hurt by the home run ball (1.1/9). His issue was getting hit in allowing one more than total innings pitched. Now more than a year removed from the procedure, I want to have a piece of his action in my possession should he return to his dominant self.