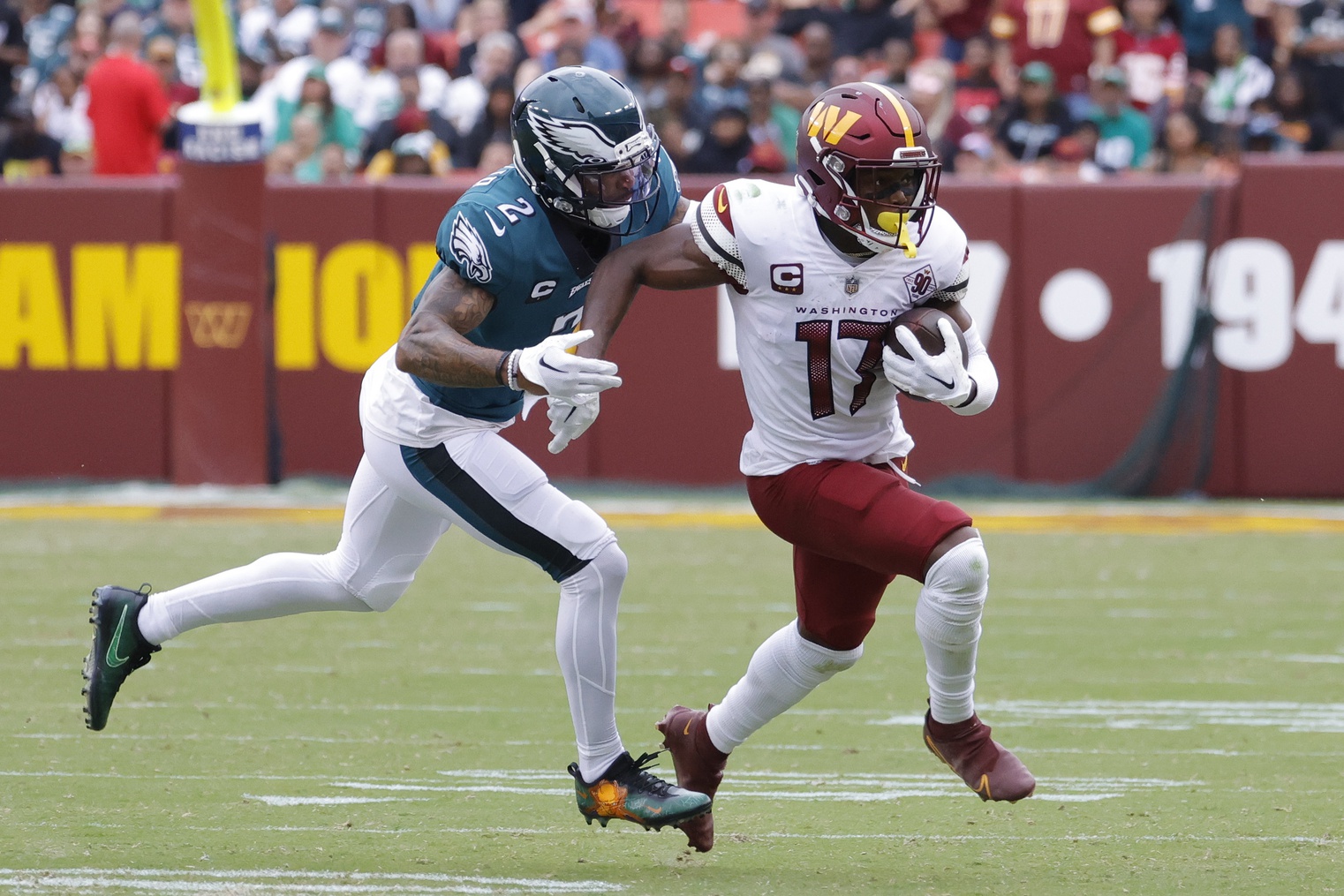 The 1972 Miami Dolphins still have the champagne on ice. The Philadelphia Eagles have yet to lose a game this year, and they probably won’t be an underdog by the NFL betting odds again in the regular season. They are odds-on favorites to pick up the No. 1 seed in the NFC Playoffs, but a loss to the Washington Commanders on Monday Night Football to close out Week 10 would put a serious dent in those odds.

On Monday, November 14, 2022, the Philadelphia Eagles will host the Washington Commanders at Lincoln Financial Field in Philadelphia, Pennsylvania at 8:15 p.m. ET on ESPN.

Nick Sirianni is currently an even money bet to be named NFL Coach of the Year. Philadelphia is 8-0 and effectively has a two-game lead in the NFC race thanks to wins over Minnesota and Dallas, so the Eagles are very likely to be the No. 1 seed in the conference.

Jalen Hurts has showed everyone that he can be a successful signal caller in this league. Hurts is completing 68.2% of his passes for 2,042 yards (8.5 YPA) with 12 touchdowns and two interceptions. He is the second leading rusher on the Eagles, running for 326 yards (3.7 YPC) and six touchdowns, but he has to do a better job of holding onto the football when he decides to run.

Philadelphia’s offense took a big leap this season thanks in large part to the addition of A.J. Brown. Brown has been able to stretch the field and open things up for the ground game and the underneath passing game. He is averaging 16.7 YPR as the team’s leading receiver, and that has helped tight end Dallas Goedert and 2021 first-round pick DeVonta Smith.

The Commanders have a league average defense. They rank 14th in total defense (330.7 YPG), 15th in yards per play (5.5 YPP), and 16th in scoring defense (21.3 PPG). Washington has done a solid job of getting off the field on third and fourth down, as this defensive line can get after the quarterback. Although Chase Young is injured, Daron Payne and Jonathan Allen have teamed up for 10 sacks.

Taylor Heinicke replaced Carson Wentz as Washington’s starting quarterback a few weeks ago. Heinicke has been a marginally better passer, but the big difference is that he knows when to get rid of the ball. While Wentz was sacked 23 times in six games, Heinicke has only been sacked six times in three starts.

This is one of the worst offenses in the league though. Washington is only averaging 4.9 yards per play (28th in the NFL), and neither one of its running backs has had much success moving the chains. Antonio Gibson is averaging 3.7 YPC and Brian Robinson Jr. is averaging 3.3 YPC. The passing attack is once again reliant on Terry McLaurin who is averaging 16.0 YPC, as Curtis Samuel runs a lot of underneath routes.

The Eagles do have a very good defense. Philly is allowing just 16.9 PPG, 299.0 YPG, and 4.7 yards per play, ranking in the top four in each category. The secondary has been fantastic, but the front seven has struggled some when it comes to stopping the run. That could hurt them against an opponent like Tennessee or Cleveland, but Washington is unlikely to effectively run on Philadelphia.

When these teams met in Week 3, Philadelphia dominated the action and took a 24-0 lead into the fourth quarter. The Commanders could only muster 240 total yards (and 87 of those yards came on a final scoring drive with less than two minutes left to play). Heinicke will be limited too, leading to a comfortable Philadelphia win.