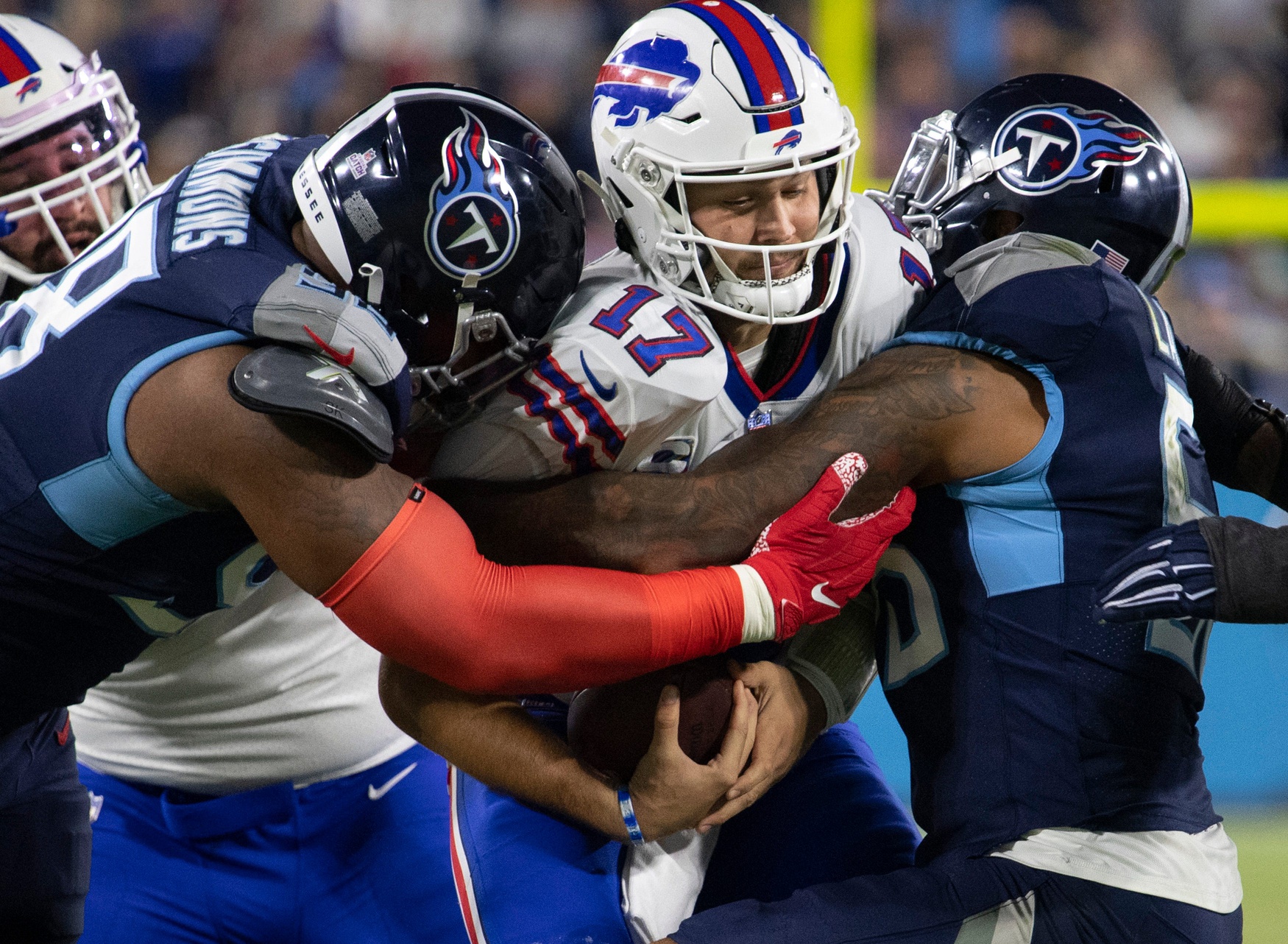 The Titans and Bills meet up in a huge AFC matchup between a pair of teams that made the playoffs last season. Buffalo got its season started with a bang, taking down defending Super Bowl champion Los Angeles by three touchdowns on the road. They showed why they’re considered this year’s title favorites, with the projected league MVP under center.

The Titans, meanwhile, disappointed in Week 1. Tennessee blew a 13-point first-half lead, eventually falling 21-20 to the Giants at home. Now, the task only gets tougher with a trip to New York to face Josh Allen and the Bills.

Which of these AFC powers will leave Buffalo with a win in this heavyweight clash?

BetMaker previews the upcoming matchup and gives its prediction for Monday night.

The Bills were dominant in their decisive 31-10 win over the Rams. Josh Allen looked every bit the part of an MVP candidate, throwing for three touchdowns and rushing for one more. In all, the Buffalo offense totaled over 400 yards while showing a great mix of both run and pass.

On defense, Buffalo allowed less than 250 yards on the night. They held the Rams’ rushing attack to just 2.9 yards per carry while beating up signal caller Matthew Stafford in the passing game. They’ll need to work on improving the third- and fourth-down defense, after allowing Los Angeles to convert 8-of-16 attempts.

Tennessee’s offense really didn’t look bad in Week 1, totaling 360 yards. Ryan Tannehill threw for 266 yards a couple of scores, and while the run game could improve, Derrick Henry rushed for 82 yards on the ground. Where it will need to improve is on third down, where they went just 3-of-11 on Sunday.

The defense, however, was miserable. The Titans surrendered nearly 400 yards, 238 of which came on the ground. Saquon Barkley ran through, over, and around that defensive front, going off for 164 yards and a score. If Tennessee can’t shore those issues in the run game up, it will be a long day against Josh Allen and Devin Singletary.

The Bills enter as two-score home favorites given their impressive win in Week 1. The line currently sits at -10 in Buffalo’s favor while the Titans are large underdogs. The money line odds sit at -435 for the Bills and +365 for Tennessee.

Buffalo easily covered their two-point spread in the season opener while Tennessee lost outright as 5.5-point favorites. As far at the total goes, both games for these teams finished at 41 points last week, each falling under the projected lines. That could be a theme we see again Monday night with Buffalo boasting a strong defense and the Titans wanting to control the game with Derrick Henry.

Tennessee has won each of the last two meetings outright after entering as underdogs. That includes taking down the Bills 34-31 last season in Nashville. Both of those games went over the total with the Titans averaging 38 points in those two matchups. The underdog has not only covered the last seven matchups, they’ve won outright. The road team is also 4-3 ATS and outright in those seven matchups.

The Titans have five players listed as questionable on the injury report, including Taylor Lewan and Kristian Fulton.

Buffalo has a trio of defenders listed as questionable on the injury report which include Dane Jackson, Ed Oliver, and Tim Settle.

While we believe the Bills will wind up winning this contest, the 10-point line is just too much to trust. Especially considering Tennessee’s recent success against Josh Allen. We’ll look for the Titans to shore some things up in the run game while using Derrick Henry to control the game on the offensive side of the ball. As long as Tennessee doesn’t turn the ball over, they should be able to hang around and cover.