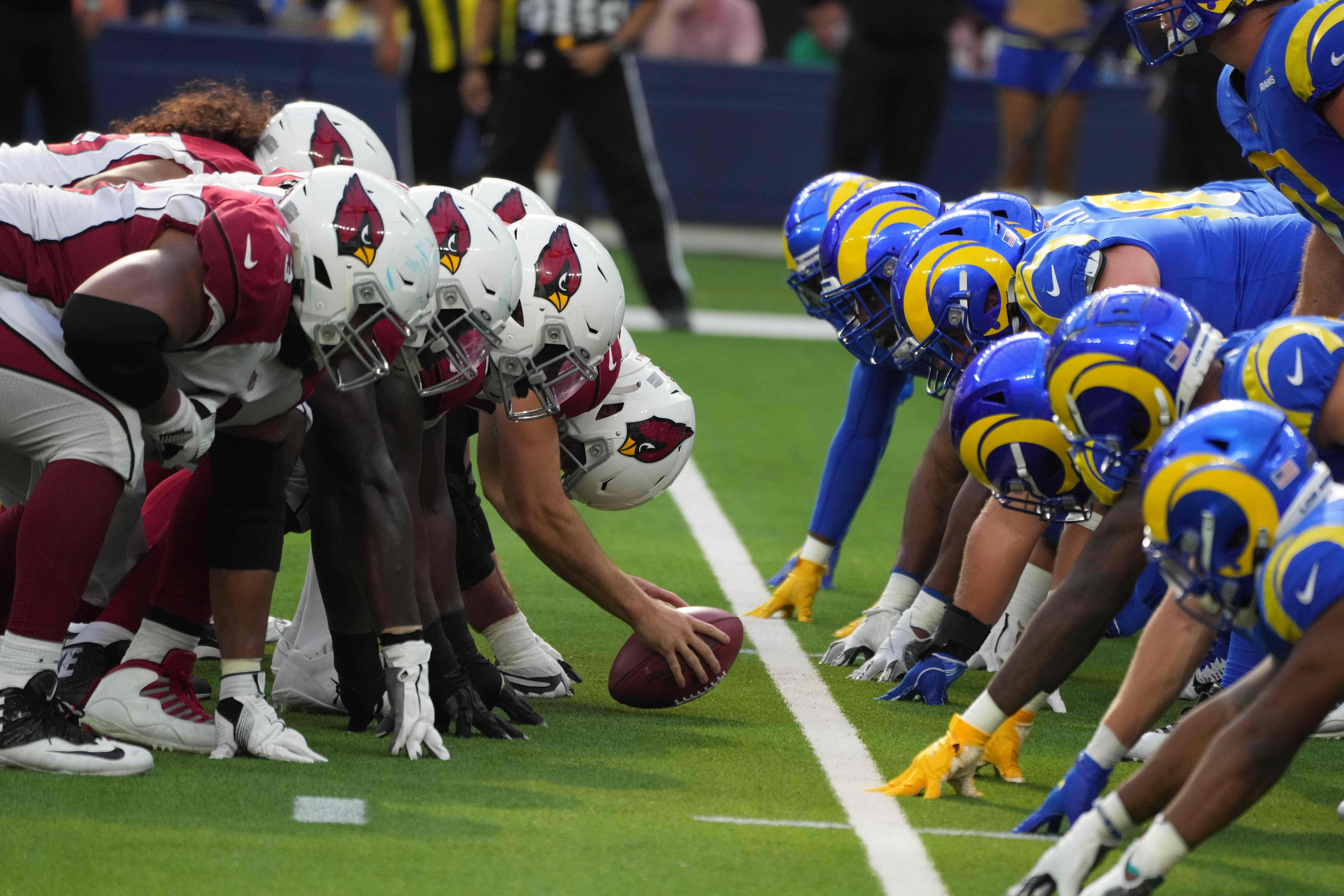 Division rivals Los Angeles and Arizona face off Monday night in a battle of NFC powers. Arizona sits at 10-2 on the year led by star quarterback Kyler Murray. The Rams are a couple games back in the NFC West standings but a win over the Cardinals will help close the gap.

These two teams have already met on the field once this season, a 37-20 Cardinals win. That matchup took place in LA way back on the first weekend of October. Arizona will try to make it a clean sweep on their home field.

A win for Arizona puts them three games up in the West standings with just four games left to play. A loss leaves the door open for Los Angeles to make a late season run. Who leaves Cardinals Stadium with a victory?

Check out Betmaker’s preview and prediction before placing your NFL betting picks.

Arizona enters this contest as the NFL’s top team. They’re the first to reach 10 wins and can get one step closer to a No. 1 seed with a win over their division rivals.

Kyler Murray leads an offense that ranks third in the league in scoring and 10th in total yardage. The Cardinals are averaging nearly 29 points a game, having topped the 30-point mark in eight of 12 outings. Murray has thrown for 19 scores to just seven interceptions. He’s added five more touchdowns on the ground and ranks fourth among NFC signal callers in rushing yards.

Murray has help on the outside from DeAndre Hopkins, AJ Green, and Zach Ertz while James Conner paces the rushing attack. They’ll have the tough task of facing the Rams’ strong defensive front.

Speaking of that Rams’ defense, they rank fourth in the NFL in sacks. They also boast a top 10 run defense and have forced 17 turnovers through 12 games.

The offense has been stellar, too, notching 26 points or more nine times. Matthew Stafford ranks third in the league in passing and he’s got the NFL receptions leader, Cooper Kupp, hauling in passes. Kupp is the only receiver in the NFL with 100 catches.

Which one of these high-powered offenses will lead their team to victory?

Arizona has been an NFL best bet against the spread this year. The Cardinals have covered in nine of their 12 matchups including as a 20-point favorite over Houston in October. They’ll enter this week as 2.5-point favorites at SugarHouse sportsbook.

While Arizona has been fantastic against Vegas, it’s not always translated at home. In fact, all three of their losses against the spread have come in the (un)friendly confines of Cardinals Stadium. It’s certainly a trend to be weary of with this important matchup looming.

Los Angeles hasn’t fared nearly as well versus Vegas lines posting a 5-7 mark against the spread this year. They did, however, cover and win outright in their only contest as a betting underdog.

As far as point totals go, the over is 6-6 for both teams this season. While both offenses have been productive, the defenses have played well enough to see unders hit half the time. There may not be a clear advantage based on the season’s outcomes but the previous head-to-head matchup could tell the story. There were 57 points scored in that first meeting. The total for Monday has been set at 52 by SugarHouse.

This game means more to Los Angeles, who looked like a Super Bowl favorite earlier in the year. They ended a three-game losing streak last week and appear to be back on track both offensively and defensively.

Arizona has played well this year but they’ve struggled a bit at home. They’ve posted a 2-3 mark against the spread in Cardinals Stadium with losses to Minnesota, Green Bay, and Carolina. Two of those three teams boast strong offenses much like the Rams.

Los Angeles is 4-2 on the road this season. Expect that success to continue this weekend. We’re backing the Rams in a huge divisional matchup.