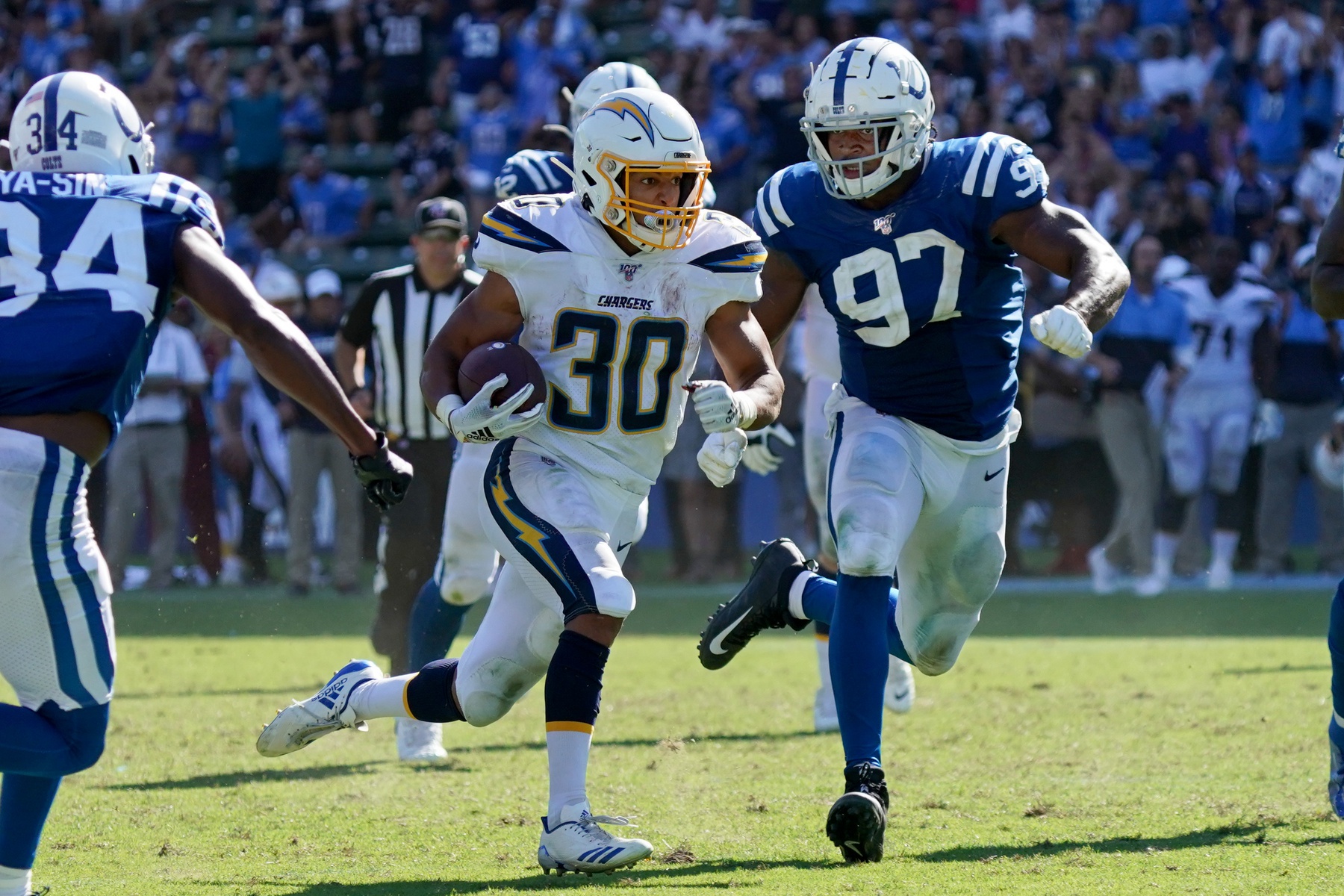 The Los Angeles Chargers visit the Indianapolis Colts on Monday Night Football on ESPN. The Chargers come into this game at 8-6 SU and 8-5-1 ATS with six of their games going over the total and eight going under, while the Colts are 4-9-1 SU and 6-8 ATS with five games going over the total and nine going under. The Chargers are very much alive in the AFC Playoff race so this is a huge game for them, while the Colts are out of contention. Indianapolis has made another change at quarterback, as Nick Foles will get the start this week. The Colts should have gone with Foles long before now, as it is too late to save their season, but at least Foles can showcase what he can do for next season. The Chargers are listed as road favorites at BetRivers. Let’s look at Monday Night Football picks.

The Chargers are averaging 22.3 points per game which is 14th in the league and they are putting up 357.9 yards per contest. They are giving up 24.3 points per contest and that is 25th in the NFL. They are giving up 354.5 yards per game. Austin Ekeler leads the team in rushing with 692 yards, Justin Herbert has thrown for 4,019 yards, while Joshua Palmer leads the team in receiving with 714 yards.

The Colts are averaging only 17.5 points per game which is 29th in the league and they are putting up just 319.6 yards per contest. They are giving up 24.1 points per game and allowing 329.3 yards per contest. Jonathan Taylor leads the team in rushing with 861 yards but he is now out for the season due to injury. Matt Ryan has thrown for 3,057 yards, but he has been benched for Nick Foles. Michael Pittman Jr. leads the team with 815 receiving yards.

The Colts may actually be improved offensive with Foles under center, as Foles has proven in the past he can win games. He is a former Super Bowl winner, as he won the MVP in Super Bowl LII with the Eagles. "I think with my career path, if you always expect something, it's just going to throw you for a loop -- especially here," said Foles to the media, "You never know what's going to happen each week."

The line on this game has moved toward the Chargers, as Los Angeles opened a 3-point favorite and the number is up to 4.5. The total has moved down from the opening number of 47.5 to the current 45.5.

There is no question that the Chargers are the better team but the change to Foles is a really good one for the Colts. If Indianapolis had gone with Foles from the start of the season they would likely have a winning record and be headed for the playoffs. There is no question that the Colts will miss Taylor in the backfield, but they will still be a lot more efficient on offense with Foles under center. The Chargers are going to score points against this Indianapolis defense that has struggled at times this season, but the Los Angeles defense hasn’t been anything special. The public will be all over the Chargers in this game and the line has moved in that direction, but the value is on the Colts. The points are worth taking in this game and I also think the total is worth playing. We know that the Chargers are going to score points and with Foles at quarterback I expect the Colts to put up some points. I will also play the game to go over the total.