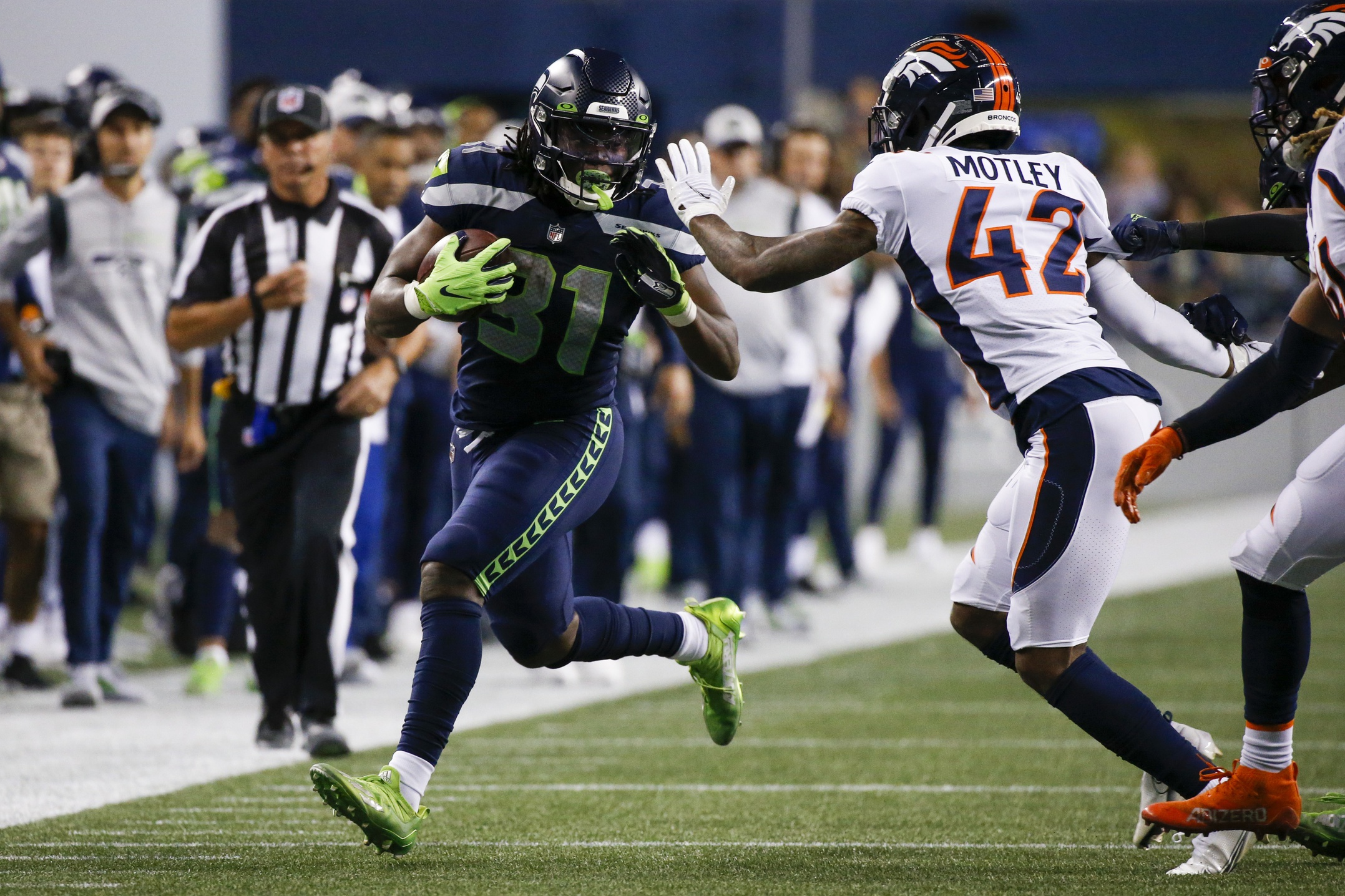 Russell Wilson makes his return to Seattle to open up the 2022 NFL season. This Monday night showdown will be Wilson’s first professional outing as a member of the Broncos, who traded for the star passer over the offseason.

Taking over at quarterback in Seattle will be Geno Smith, who beat out Drew Lock for the starting role. Lock was part of that trade that sent Wilson to Denver as he played in a reserve role for the Broncos in 2021.

On paper, this game appears one-sided. The Broncos return star power on offense and a solid core on defense. The Seahawks, on the other hand, are in a bit of a rebuild with fresh faces at key positions on both sides of the ball.

Can they defend home field, or will Wilson leave Seattle with his first win as a Bronco? Let’s ride.

BetMaker previews the upcoming matchup and gives a prediction for the Week 1 outcome.

Denver will return star power on offense, with Jerry Jeudy, Melvin Gordon, and Courtland Sutton at the skill positions. That should give Russell Wilson plenty of weapons as he looks to guide the Broncos to the playoffs. That offensive unit will need to improve drastically on its ability to score, as the team ranked 23rd in the NFL in points per game last year (19.7 ppg).

On defense, though, the Broncos should be stout once again. They ranked 3rd in the NFL in scoring while forcing 22 turnovers. And they should have an advantage over the Seahawks’ offense that lost its top player.

Seattle will turn to Geno Smith, and if there’s a bright spot, it’s that he performed effectively in his three starts last season. In those three games, he threw for 571 yards, four scores, and no interceptions. That came against a pair of stout defenses in Pittsburgh and New Orleans, as well as a matchup with Jacksonville. While Seattle went 1-2 in those starts, the losses came by a combined six points.

Smith will have DK Metcalf back at wideout though they’ll need a few other players to step up for the offense. On defense, Seattle will hope to replicate a bit of the success they had last season where they finished 11th in the NFL in points allowed.

Denver was just 8-9 against the spread last season, and Seattle finished the year 9-8. While you can throw some of those numbers out the window with the changes at quarterback, it is worth noting that the Seahawks were 3-0 ATS in Geno Smith’s three starts.

On point totals, both teams hit the under at an extremely high rate. Seattle was 6-10-1 in the over/under column while Denver hit the under an NFL-most 12 times in 17 games. That trend could continue on Monday.

Injured linebacker Randy Gregory is expected to play after nursing a shoulder injury. He racked up six sacks last season with the Cowboys. Linebacker Jonas Griffith is also expected to suit up.

The Broncos should be the more talented team on Monday night, and Russell Wilson should be amped up in his return to Seattle. That being said, Geno Smith and the Seahawks could be a little undervalued, here.

Something tells me that they’ll keep this game close heading into the fourth quarter with strong defensive play. The Seahawks got better in the trenches, so they’ll hopefully be able to lock down the Broncos’ run game. The outcome will come down to the back seven for Seattle. Can the defensive backs hang with the talented Denver wideouts?

If so, this game should be closer than the experts think. If not, Seattle will likely lose as they can’t afford to get into a shootout. We’re banking on the former and taking the Seahawks at +6.5.