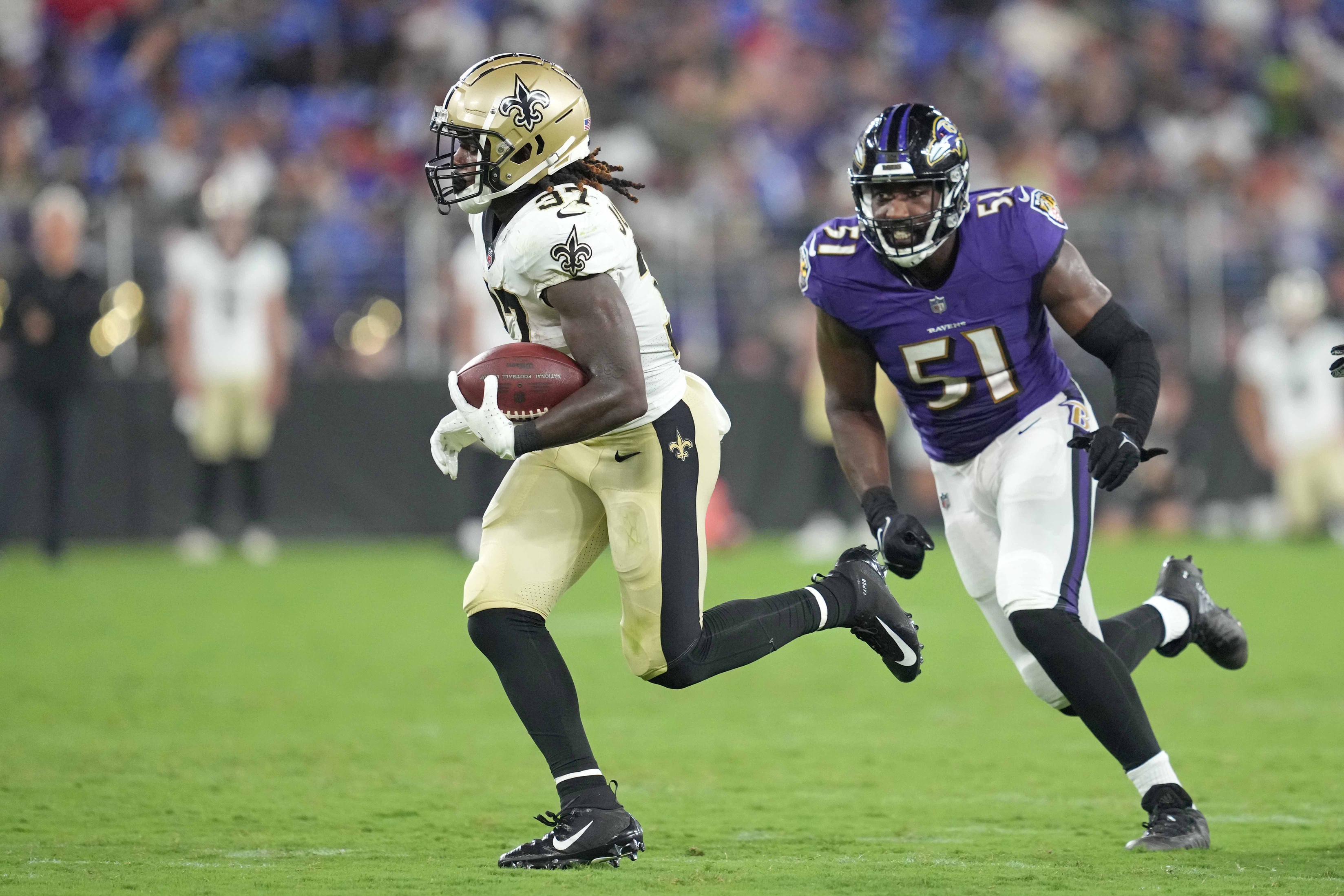 The Baltimore Ravens are optimistic that they can enter their bye week at 6-3 and in full control of their destiny in the race to win the AFC North. After alternating wins and losses for the first seven weeks of this season, the Ravens have won two straight games and are favored by the NFL betting odds ahead of their showdown with the New Orleans Saints on Monday Night Football. The Saints are one game back of the Atlanta Falcons in the NFC South, but they can’t afford many more losses if they are going to make the postseason.

On Monday, November 7, 2022, the New Orleans Saints will host the Baltimore Ravens at Caesars Superdome in New Orleans, Louisiana at 8:15 p.m. ET on ESPN.

Lamar Jackson has been one of the best quarterbacks in the NFL over the last few years. Jackson is the most dangerous runner we’ve ever seen behind center, and he will break into the top five in career rushing yards for a quarterback sometime this month barring an injury. He is on pace to run for over 1,000 yards once again in 2022, and he is averaging 7.4 YPC. That has helped a run game that already lost J.K. Dobbins for a month due to injury.

The go-to running back for Baltimore the last couple weeks has been Gus Edwards. He didn’t see the field at all in 2021 due to injury, and he spent the first six weeks on the PUP list this season. Edwards has been a reliable runner over the last two weeks, but he is questionable to play on Monday due to a hamstring injury. If he is unable to play, Kenyan Drake will likely get the start.

Baltimore will be without top receiver Rashod Bateman this week due to injury. Bateman is the Ravens’ best deep threat, and that will limit this passing game. Things could get much worse though if tight end Mark Andrews is unable to play. Andrews has yet to practice this week due to multiple injuries, and he is Jackson’s favorite target. If both Bateman and Andrews fail to suit up on Monday, the only receiver with more than 200 receiving yards is Devin Duvernay.

This New Orleans defense has tailed off considerably in 2022. The Saints had one of the top defenses in the league in 2020 and 2021, but they rank 28th in scoring defense and 10th in total defense through eight games. Marshon Lattimore has missed the last few weeks due to injury, and Tyrann Mathieu has not had the impact many were expecting.

The Ravens are a short road favorite by the NFL betting odds even with their injury woes on offense. That’s in part because New Orleans doesn’t have an explosive offense. Andy Dalton is a mediocre quarterback at best, and Michael Thomas will now miss the rest of the season. Thomas has only played in 10 games for New Orleans since signing an extension at the end of the 2019 season, so we may have seen the last of him with the Saints.

Rookie Chris Olave is the top receiver in this offense now, and Jarvis Landry is questionable to play with an ankle injury that has kept him out for over a month. The star of this offense is Alvin Kamara though because of his playmaking ability as a runner and a receiver. Additionally, Taysom Hill continues to have value as a utility player and is great for trick plays.

The addition of Roquan Smith is expected to help Baltimore’s defense tremendously. Smith is the NFL’s leading tackler, and he will join a talented linebacking corps. Justin Houston and Patrick Queen have played well, but the big issue for the Ravens has been their defensive line. The absence of Michael Pierce has made Baltimore susceptible to the run.

New Orleans should have some success moving the ball on the ground. However, look for Jackson to be too much for the Saints when the ball is in his hands.