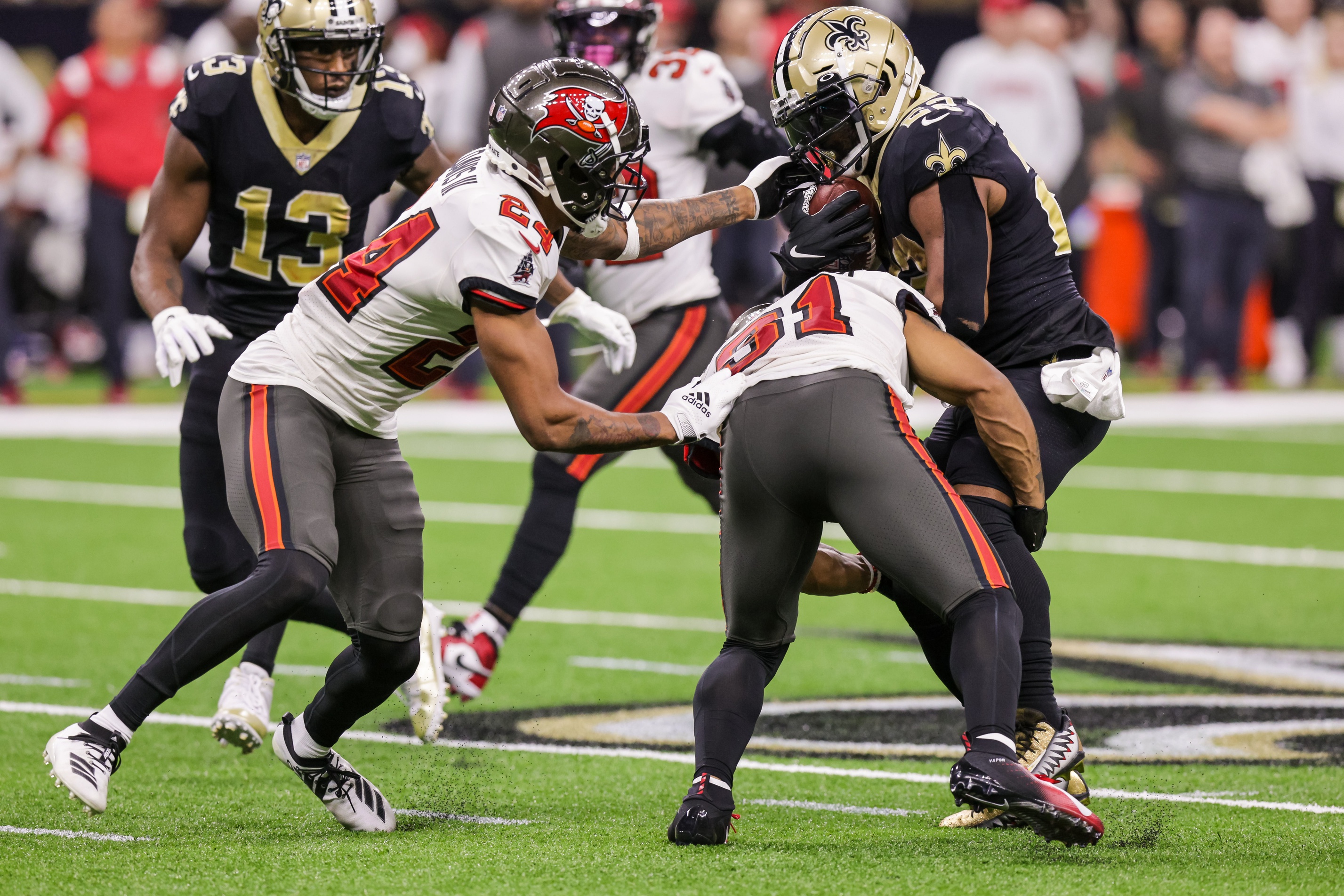 The Tampa Bay Buccaneers were odds-on favorites by the NFL futures odds to win the NFC South at the start of the season. However, they have been one of the most disappointing teams in the NFL through the first three months of the 2022 campaign. They are just 5-6, yet still they are atop the division as this is the worst division in the NFL. That has them in line for the No. 4 seed in the NFC Playoffs, but they need to knock off the New Orleans Saints on Monday Night Football in order to stay atop the division.

On Monday, December 5, 2022, the Tampa Bay Buccaneers will welcome the New Orleans Saints to Raymond James Stadium in Tampa, Florida. Kickoff is scheduled for 8:15 p.m. ET on ESPN.

Although Tom Brady has received a lot of criticism for both his and the Buccaneers’ play this season, he hasn’t performed as badly as some of his detractors would have you believe. Brady is completing 66.2% of his passes for 3,051 yards (6.5 YPA) with 14 touchdowns and two interceptions. Tampa Bay has the worst ground game in the NFL, averaging 3.3 YPC and 73.0 YPG on the ground, and the offensive line has not played well. That has put a lot of pressure on Brady to make things happen for this offense. To make matters worse, right tackle Tristan Wirfs has been ruled out this week, and left guard Luke Goedeke is questionable to play.

Mike Evans is the leading receiver for the Buccaneers with 51 receptions for 702 yards and three touchdowns. Chris Godwin is the second leading receiver for the team, but he is only averaging 9.8 YPR as the Buccaneers have had to use him as an underneath option. Tampa Bay was hoping for more production out of Julio Jones, but that hasn’t happened, but the good news is that tight end Cameron Brate might return from injury this week.

New Orleans is ranked 20th in scoring defense (23.3 PPG) and 12th in total defense (326.4 YPG). The Saints are dealing with some injuries though as standout cornerback Marshon Lattimore is questionable to play on Monday. That’s important considering Bradley Roby and P.J. Williams are also questionable, so this secondary may have some issues in coverage.

There are some real injury concerns with New Orleans’ skill position players too. Jarvis Landry, Rashid Shaheed, Kevin White, and Juwan Johnson are all questionable, so that would make rookie Chris Olave the No. 1 receiver with a bullet. Olave is the team’s leading receiver with 56 receptions for 822 yards and three touchdowns. If Johnson can’t play, the wide receiver with the next most production is Tre’Quan Smith with 18 receptions for 272 yards and a single TD.

Alvin Kamara is the leading rusher and second-leading receiver on the Saints. However, he has not been as productive as he has been in the past because defenses are keying on him as the most important part of this offense. Kamara has totaled just 524 rushing yards (4.0 YPC) and 422 receiving yards (8.6 YPR). All three of his touchdowns came in one game too. Mark Ingram II has been injured recently, so that could lead to Taysom Hill seeing more action as the second-leading rusher.

Tampa Bay ranks sixth in scoring defense (18.5 PPG) and ninth in total defense (315.2 YPG). The Buccaneers have been very good in coverage, allowing 5.8 YPA and 192.0 YPG through the air. They are also one of the best teams at putting pressure on opposing quarterbacks with 36 sacks, led by Vita Vea and Devin White.

The best bet in this game is the Under. The first meeting between these two teams had a total of six points scored through the first three quarters. Neither offense has improved that much over the course of the season, so points will be at a premium on MNF.