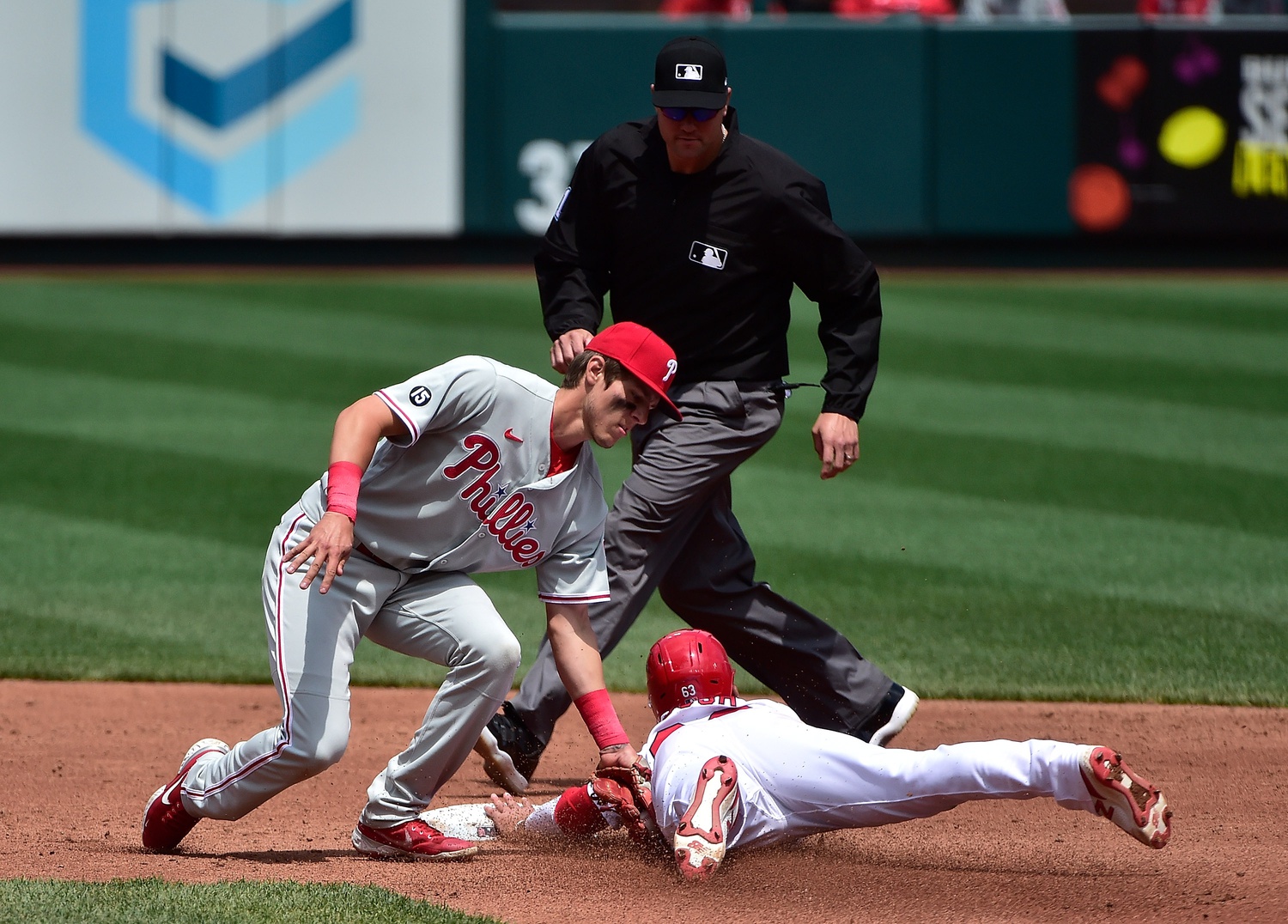 The Phillies will host the Cardinals on Sunday in a matchup of teams looking to make a playoff run. Philadelphia currently sits a couple of games above .500 at 39-37. That’s good for third place in the NL East. St. Louis is just a game and a half out of first place in the NL Central at 43-35.

Neither team has played incredibly well over the last two weeks, with the Phillies having won just three of their last nine matchups and St. Louis going 3-4 over their last seven contests. They’ll both hope to regroup for this weekend series and get back in their respective division races.

Philadelphia has been able to win this year with big bats. The Phillies are hitting .245 as a team but they boast top five National League marks in home runs, total bases, and slugging. They’ve also been successful on the base paths with 49 stolen bases, good for the sixth best mark in baseball.

Unfortunately, the lineup has taken a hit of late with star outfielder Bryce Harper going down with a thumb injury. Harper was hit by a pitch in the hand and will require surgery. He’s expected to miss two months of action, taking his team-leading .318 average out of the order.

Philadelphia still has Nick Castellanos, Rhys Hoskins, and Kyle Schwarber, who’s smashed 22 homers, but Harper’s productivity is irreplaceable. They’ll try to keep the offense on track for a pitching staff that’s been middle-of-the-pack.

That staff ranks 14th in wins and ERA, sitting at a respectable 3.89. They’ve struck out an impressive 677 batters (6th in MLB) but are allowing opponents to hit at a .240 clip. Righties Zack Wheeler and Aaron Nola lead the way, with both posting sub-3.00 ERAs. Nola also ranks fifth in the majors in strikeouts.

That pitching staff will have to deal with a Cardinals order that’s hitting .254 on the year. That mark ranks sixth in baseball. The Cardinals have been able to plate runs as a very high rate, and not by the long ball, either. They possess top three MLB marks in runs scored, hits, stolen bases, and RBIs with a small ball approach that’s been able to work.

St. Louis has been a bit better on the mound than the Phillies, boasting a 3.77 team ERA, but they rank near the bottom of the league in strikeouts. The Cardinals rely on defense and keeping the ball in the ballpark. The staff is led by Miles Mikolas, who’s posted a 2.57 ERA.

BetMaker previews this upcoming matchup, giving a prediction on who will come out on top.

Wheeler has been the most dominant arm in the Philadelphia rotation. He’s off to a 6-4 start through 14 starts, posting a 2.89 ERA. He also ranks 15th in the majors in strikeouts at 94 through 81 innings of work. Wheeler has allowed three runs or less in four of his last five starts. He’s also struck out eight batters or more four of his last five appearances.

Wheeler has been best when playing at home, where he’s 4-2 with a sparkling 1.85 ERA. Opponents are hitting just .191 against him in Citizens Bank Park and he’s posted a 56:9 strikeout to walk ratio.

St. Louis’s success could rely on which Hudson they get, and unfortunately, he’s struggled on the road. Hudson is just 2-3 with a 4.57 ERA in eight starts. He has fared much better in night games with a 2.87 ERA and a 3-1 mark, which is encouraging.

The odds are not yet out at Sugar House Sportsbook but we’ll lean on the pitching matchup here and take the Phillies to win in a low scoring affair. Wheeler has pitched well at home and even without Harper in the lineup, the Philadelphia offense should plate enough runs to support him.

The Pick: Phillies ML with lean towards the UNDER