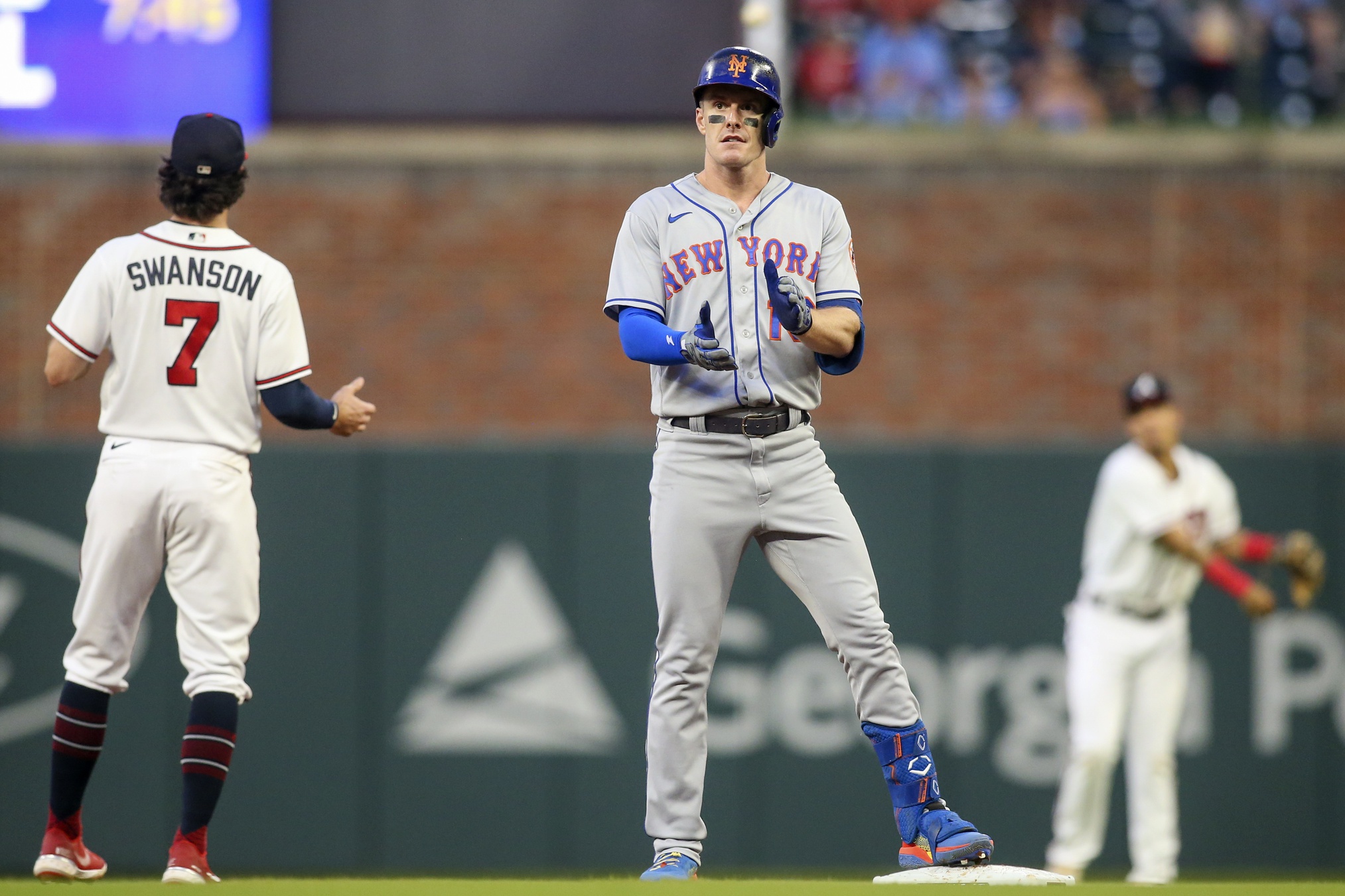 We’re down to the last few days of the MLB season, and this Sunday gives viewers a fantastic matchup between a pair of World Series contenders. Last year, we saw the Braves make a surprise run to a championship. This season, though, they’re far from underdogs. To repeat as World Champs, they’ll have to get through division rival New York first.

The Mets have been the cream of the NL East crop for most of the year as they near the 100-win mark. Some late action by the Braves, however, has led to a two-way tie for first place. This series could very well decide who wins the division and who enters the postseason as a wildcard.

That standing will be important as the East champion will land the No. 2 seed in the National League bracket, leading to a first-round bye. The wildcard teams, however, will have to play a series before advancing on to the divisional round.

Which team will come out on top in this NL East showdown? BetMaker previews the Sunday night contest and gives a prediction for the final game of the series.

As of this writing, these two teams sit in a deadlock for first place in the NL East at 97-58. Neither has a glaring weakness, with both clubs excelling both at the plate and on the mound.

The Mets rank 1st in the National League in batting with a team average of .258. Jeff McNeil leads the way with the second-best average in baseball at .319. New York also holds Top 5 MLB marks in runs scored, on-base percentage, and hits while striking out the fourth-fewest times in the league.

On the mound, New York is even stronger. The duo of Max Scherzer and Jacob deGrom will give the Mets an early advantage in any series they see during the postseason. The rest of the rotation has been productive, too, as the Mets hold Top 10 marks in ERA, strikeouts, walks allowed, and opponent batting average.

The only pitching staff with more strikeouts than the Mets is Atlanta’s. The Braves lead all of baseball in the category while also posting Top 5 marks in ERA and home runs allowed. This series will give us two of the sport’s best pitching staffs, which will make things more difficult on the guys at the plate.

Speaking of those sluggers, Atlanta’s lineup leads the National League in home runs while boasting Top 10 marks in average, total bases, slugging, and on-base percentage. There are few weaknesses in this order, but if there’s one flaw, it’s that the Braves are prone to the strikeout. The team ranks second the NL in Ks this season.

He’s also pitched very well against this Braves’ lineup this season, posting a 3-0 record and 2.21 ERA. He’s held Atlanta hitters to just a .145 average and one home run while striking out 28 batters over 20.1 innings of work. If that success continues on Sunday, the Mets will have a great chance to close out the series with a win.

Morton is 9-6 on the season with a 4.29 ERA. He’s struggled of late, posting a season-high 5.27 ERA this month. Despite those recent woes, though, he recorded a 3-1 September record, being bailed out by the high-powered Atlanta offense.

At home, Morton has been dominant this year, going 6-1 with a 2.88 ERA. He’s been up and down against the Mets, however, leading to a 1-2 mark and 4.67 ERA in three games. New York hitters are batting .242 against Morton and he’s allowed seven walks in just 17.1 innings of work. He’ll need to clean up those issues if he hopes to land a win on Sunday.

This is one of the more anticipated series as the season comes to a close, but New York has the advantage on Sunday night. Scherzer has been much more consistent both throughout the year and in the season series than Morton. He’s yet to pitch in Truist Park this year, but given his track record, we’ll give him the benefit of the doubt.

This could be a playoff preview between two National League powerhouses. We’ll take the Mets in the Sunday slate.