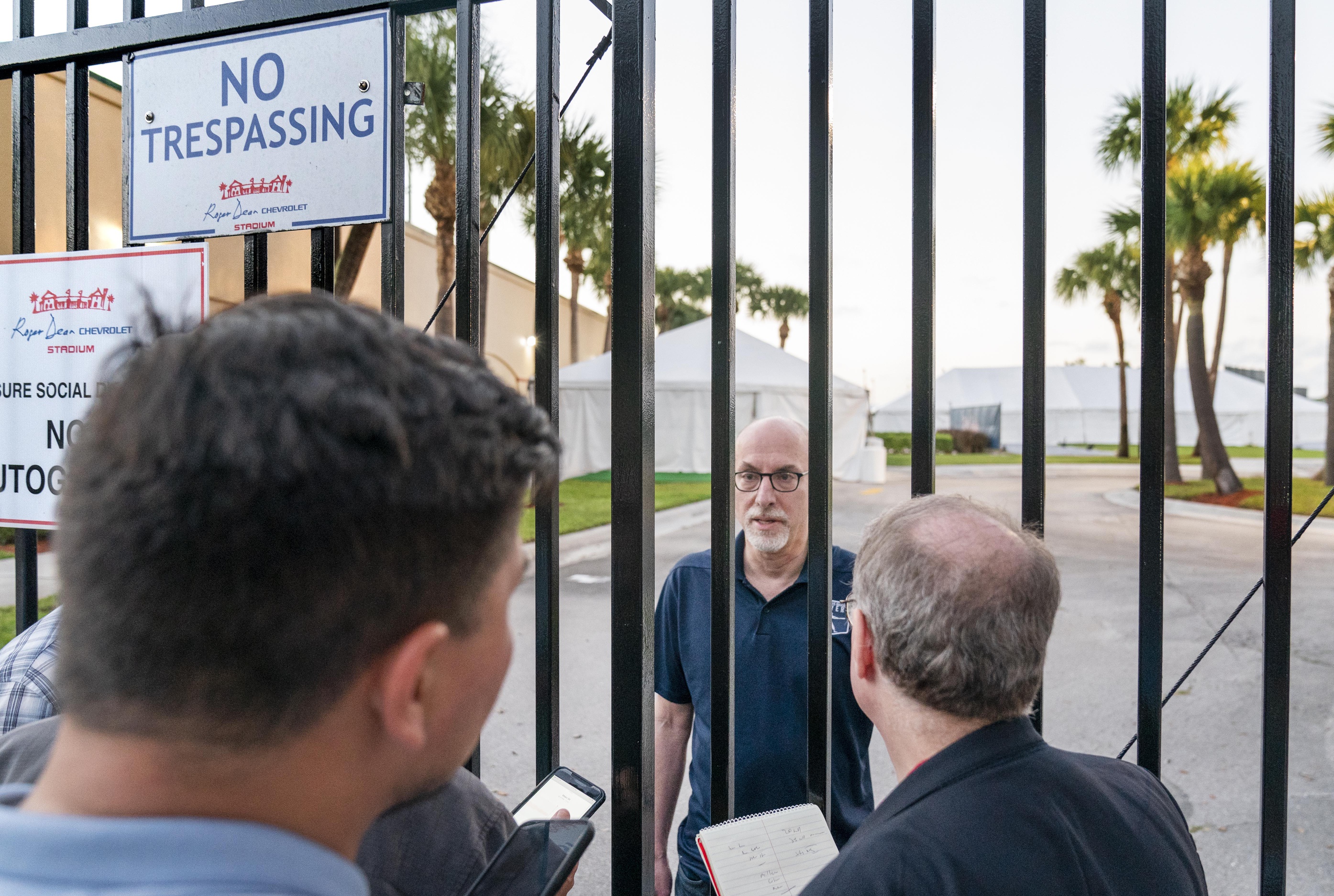 There is a very real possibility that Major League Baseball Opening Day on March 31 will be postponed. The owners and players had been taking small steps in the right direction but on Saturday they seemed to take a major step backwards. It got so bad on Saturday that talks nearly broke down. The two sides agreed to talk again on Sunday, but optimism that anything could get done before Monday’s deadline to cancel games was virtually gone. The two sides are far apart on three key issues, the minimum salary, the pre-arbitration bonus pool and luxury tax thresholds. The big question is just how firm is the deadline that the owners imposed of getting a deal done by Monday to avoid cancelling games. Once Monday comes and goes another issue would then be on the table and that would be lost pay and service time.

The big issue that is causing the most trouble between the owners and players is the luxury tax threshold. Teams are penalized if they go over the salary cap and the size of the cap is what matters because salaries are based on the cap. Owners did go up from the $210 million number from last season to $214 million this season with small increases in subsequent years. The league also reduced the tax rate for going over the threshold from 50% to 45% and gave other reduction figures going forward. Neither side is happy about any of the proposed changes. The players want the number to increase to $245 million this year and increase to $273 million by 2026. The sides seem very far apart on this key issue.

Another issue in which the players and owners are far part is the pre-arbitration bonus pool. The players want $115 million to be split among 150 players while the owners are offering $20 million among 30 players.

The one positive is that the owners and players have met for a full week, but the bad news is that not much has been done to resolve the key issues. This is baseball’s ninth work stoppage but the first since 1995. Some high-profile players have been involved in the talks including Max Scherzer, Francisco Lindor, Gerrit Cole and Andrew Miller.

The two sides did come to some minor agreements on things like Major League service time for players who finish first or second in the Rookie of the Year voting. The players and owners also agreed that the proposed lottery would be for the first six picks.

Players moved on salary arbitration from 75% to 35% for those players with at least two years of service but less than three. The owners say they are not moving off their 22% number.

Oftentimes in a labor dispute it takes one of two things to get things moving toward a settlement. One is a hard deadline that both sides agree would be bad for each of them if they don’t meet. In this case the owners have set a Monday deadline for a deal but the players have never agreed to that deadline. It seems like a soft deadline that could be moved with a full season still salvaged. Second, a major breakthrough on one key issue. If the two sides can come to agreement on one key issue there is a good chance that the momentum from that compromise will carry over and all subsequent issues will be worked out.

The clock is ticking on a full MLB season, but until both sides agree that time has run out to make a deal nothing will get done. It should be noted that the union is very firm in their positions so it seems likely the owners will have to give a little more than they are used to for something to get done and if they don’t give, you can expect games to start getting cancelled.