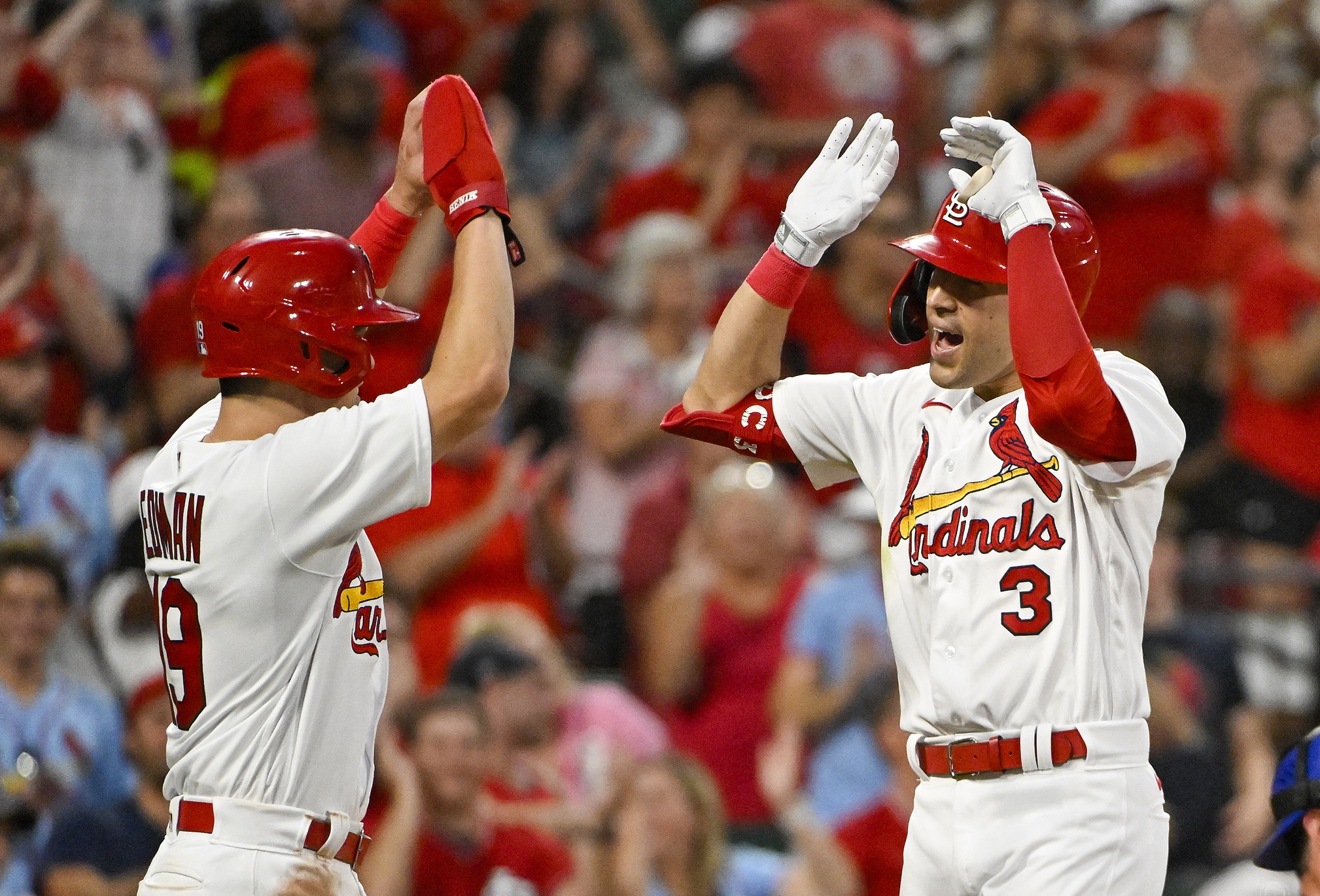 The Yankees travel to St. Louis this weekend for an interleague matchup between a pair of playoff contenders. At this moment in time, we see two clubs going in opposite directions as the battle for postseason positioning continues.

The Cardinals currently sit at 55-48, good for the second-best mark in the NL Central. They’re a half-game off the lead for the National League’s final wildcard spot and are winners of four of their last five matchups.

St. Louis has been one of the more productive lineups in baseball, boasting top 10 marks in both averages and runs scored. They’ve been a scrappy offense that gets runners on, steals bases, and doesn’t strike out. They’ve also got a little pop, too, led by MVP threat Paul Goldschmidt (.332/25/81).

On the mound, they’ve stayed middle of the pack. St. Louis boasts a 3.81 ERA, which ranks ninth in the majors, but they’re allowing opponents to hit .244 (16th in MLB). The pitching staff has also recorded the fewest strikeouts in all of baseball, leading to a lot of batted balls. Not always the best-case scenario when facing the Yankees.

Speaking of New York, that offense leads the majors in run production, homers, and slugging. They pace the American League with a .331 on-base percentage due to a league-leading 421 walks. This lineup is potent and can blow a game open in an instant.

On the mound, the Yankees have one of baseball’s best staff. They have the third-best ERA in the MLB while leading the American League in strikeouts. They’ve held opponents to a minuscule .219 average and have been able to keep the ball in the ballpark.

While New York has been one of the top teams in baseball this season, they’ve lost four of their last five games. Will that continue in this road trip, or can the Yankees stop the bleeding?

BetMaker previews the upcoming matchup and gives a prediction for Saturday night.

While the Yankees have been unhittable at times on the mound this season, German has been one of the few weak links. The right-hander is 1-1 on the year with a 6.39 ERA. He’s made just three starts on the year but allowed multiple runs in each. German’s opener was the worst of the three, as he surrendered five runs through just three innings of work.

German hasn’t been able to pitch deep into games thus far, getting out of the fifth inning just once in three starts. He did land a win last time out, throwing five innings of two-run ball against Seattle, but that was at home. In his two latest road starts, the righty is 0-1 with an ERA above 8.00.

In an interesting turn of events, Montgomery will now square off against his former team. The lefty was dealt to the Cardinals on Tuesday’s trade deadline after making 21 starts for the Yankees. In that time, he posted a 3-3 record and 3.69 ERA. Montgomery was off to the best start of his career before being traded this week.

He’ll hope to continue that success in St. Louis and end some recent struggles. Over Montgomery’s last two starts, he’s pitched just 6.1 innings while allowing eight runs. It was an odd year for the lefty in New York. His team won all five of his starts in June before losing all six of his starts in July. We’ll see how he fares in St. Louis.

It’s hard to tell who might be favored in this matchup as the odds haven’t been set at BetRivers. The Yankees are the better team, but the pitching matchup likely favors the Cardinals. We’ll back the home team and bank on Jordan Montgomery to get a little revenge on his old club.

The safest bet may be to look to the over, as both of these arms have had their struggles.