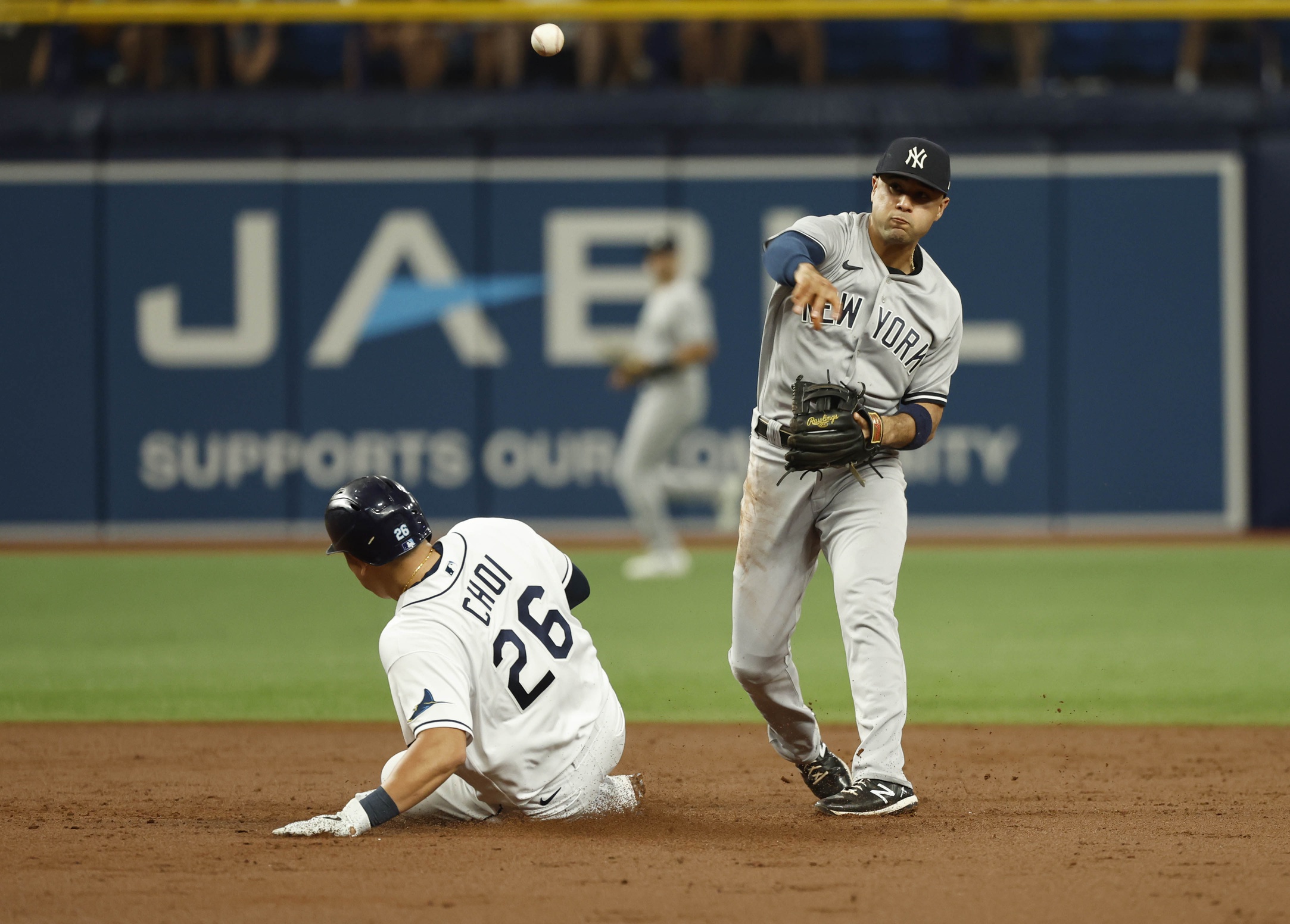 We’ve got an AL East battle brewing this week as the Rays travel to the Bronx to face the Yankees. New York currently owns the best record in the division, sitting at 72-43 on the season. They’ve struggled of late, however, having lost nine of their last 11 games.

The Rays hold a half-game lead for the American League’s final playoff spot after taking a series from the Baltimore Orioles over the weekend. Unfortunately, they’ve struggled against the Yankees this season, going 3-7 over the first 10 games of the year.

Which AL East team will win land a win this week? BetMaker previews the Tuesday night matchup and gives a prediction.

The Yankees will enter this matchup as one of the MLB’s best clubs despite their recent struggles. They lead the majors in home runs while pacing the American League in runs scored, slugging, and on-base percentage. Superstar Aaron Judge leads the team with 46 homers, 100 RBI, and a .300 average.

On the mound, New York has the second-best ERA in the AL while being tied for the league lead in saves. The pitching staff boasts top five MLB marks in strikeouts, opponent batting average, and walks allowed. The starting rotation has been stout while the bullpen holds an impressive 2.94 ERA, the second-best mark in baseball.

Tampa Bay also boasts a dominant pitching staff, ranking just behind the Yankees with a 3.45 ERA. They’ve allowed the fewest walks in the MLB while holding a top 10 mark in opponent hitting. The bullpen holds a 3.42 ERA, which is the sixth-best the American League.

But while the Rays have been excellent on the mound, they’ve struggled at the dish. Tampa Bay ranks 22nd in hitting, with a team average of .238. They’ve struck out the seventh-most times in the MLB while ranking in the bottom third of the majors in home runs, runs scored, and total bases.

Cortes has been one of the Yankees top pitchers, holding a 9-3 record with a 2.67 ERA. The lefty has tallied 125 strikeouts over 118 innings of work. He’s allowed just 14 home runs over those 118 innings, a rate of just one per 8.4 innings.

Against the Rays, Nestor has surrendered six runs over 17.2 innings while striking out 12 hitters. Tampa hitters are batting just .197 off the lefty, though they have tagged him for three homers. He’s also been dominant at home, posting a perfect 4-0 mark in Yankee Stadium with a 2.06 ERA.

Springs is 4-3 on the season with a miniscule 2.56 ERA. The righty has struck out 91 batters through 84.1 innings of work while holding opponents to a .232 average. He’s pitched just once against the Yankees, allowing two runs on a pair of homers in six innings of work.

On the road, Springs has been impressive. He’s posted a 3-1 record and 2.77 ERA in nine starts. He’ll look to keep that dominance away from home going in this huge divisional matchup in the Bronx.

This should be a strong pitching matchup, as both squads will be throwing arms with sub-3.00 ERAs. Cortes has been fantastic for the Yankees, leading the team in both runs allowed and wins. He’ll hope that the Yankees’ high-powered offense can provide enough run support when facing Springs, who’s been impressive in his own right.

Both teams should be capable on the mound, meaning this matchup will come down to the lineups. New York holds an advantage in nearly every offensive category possible, and they’ve got an order that feasts in Yankee Stadium.

Look for Aaron Judge, Giancarlo Stanton, and the rest of the New York attack to provide enough help to land Cortes his 10th win of the season. We’ll back the Yankees as they look to end their second half struggles and get back on track for a playoff run.