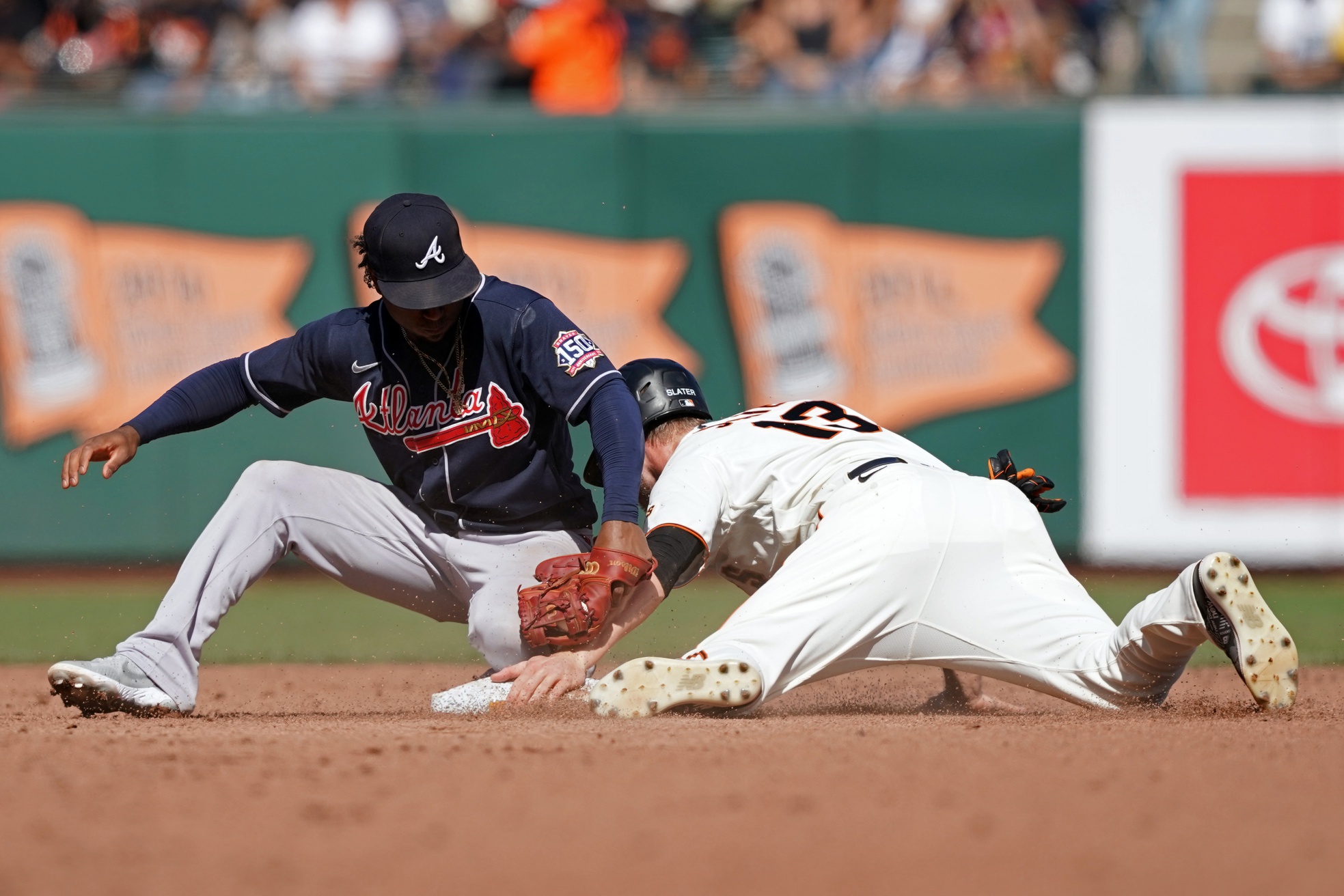 Two scorching hot teams battle it out in a huge National League matchup. The San Francisco Giants will head cross-country to take on the Atlanta Braves in the Peach State. San Francisco currently sits at 37-28, good for third place in a very competitive NL West. The Giants are three games back of the division leading Dodgers.

San Francisco has been productive at the plate for the most part this year. Though they’re only hitting .238 as a team (19th in MLB), they boast top 10 rankings in slugging, on-base percentage, home runs, and runs batted in. The Giants also rank 2nd in the majors in walks, which has helped offset that low batting average.

On the mound, San Francisco has been solid. The staff ranks middle of the pack in ERA, strikeouts, quality starts, and opponent batting average.

As for the Braves, they’ve been the hottest team in baseball over the last two to three weeks. Atlanta reeled off 14 straight wins between the last weekend of May and mid-June. The team has won 15 of their last 17 contests to improve to 38-29.

Atlanta has one of the best lineups in the National League. The Braves rank 10th in the majors in hits, and they’ve smacked an NL-leading 100 home runs. The club also holds top 10 ratings in runs and hits while ranking 1st in the MLB in total bases. Unfortunately, they’ve been susceptible to the strikeout. Atlanta leads the National League in K’s at the dish.

On the bump, they’ve been solid, too. Atlanta’s pitching staff owns a respectable 3.65 ERA and they’ve struck out the second most batters in the majors. The Braves have also allowed the least amount of home runs in baseball while holding opposing hitters to a .229 average.

BetMaker takes a look at which team will come out on top in this Tuesday night matchup.

The Giants have yet to officially reveal who they’ll put on the rubber for this Tuesday night matchup. The rotation is on the mend a bit with Matthew Boyd, Jakob Junis, and Anthony DeSclafani all missing time with injury.

Fortunately, it looks like DeSclafani is set to make his return from the 15-day IL, and if that happens, he’s the most likely option to make the start. He rejoined the club Sunday and looks to be in line for his return to action.

DeSclafani hasn’t seen a ton of time thus far, appearing in just three games to date. All three have come as a starter, where he’s posted an 0-1 record with a 6.08 ERA. He’s struggled in his only two road starts, allowing seven earned runs in 9.2 innings of work. His last trip to the East Coast didn’t treat him well as the Mets blasted DeSclafani for five runs over five innings. We’ll see if he can clean up those road woes in Atlanta.

Strider will get the call Tuesday as he looks to continue what’s been a fantastic start to the season. Strider began the year in the bullpen, coming on in relief for his first 11 appearances. He’s since started four games, joining the rotation in late May.

Over his 15 appearances, Strider has put up a 3-2 record with an impressive 2.45 ERA. He’s struck out 68 hitters over 44 innings, showing some electric stuff from the mound. Opponents are hitting a measly .161 against the righty this year. At home, Strider is 2-1 with a 2.89 ERA. We’ll see if he can continue his success versus the Giants.

While the odds have not yet come out at Sugar House Sportsbook, we’re assuming that the Braves will be the favorites. That’s the case for Game 1, as Atlanta enters with -152 money line chances.

It’s hard to bet against the Braves with the way they’ve been playing over the last three weeks. The team is finally healthy, looking more and more like that World Series team from 2021.

Both of these teams typically go OVER the run total. Atlanta is the second-best team in baseball in going over the projected line (56%) while San Francisco ranks eighth.

We’ll take the Braves on the money line with a slight lean towards the OVER on the run total.