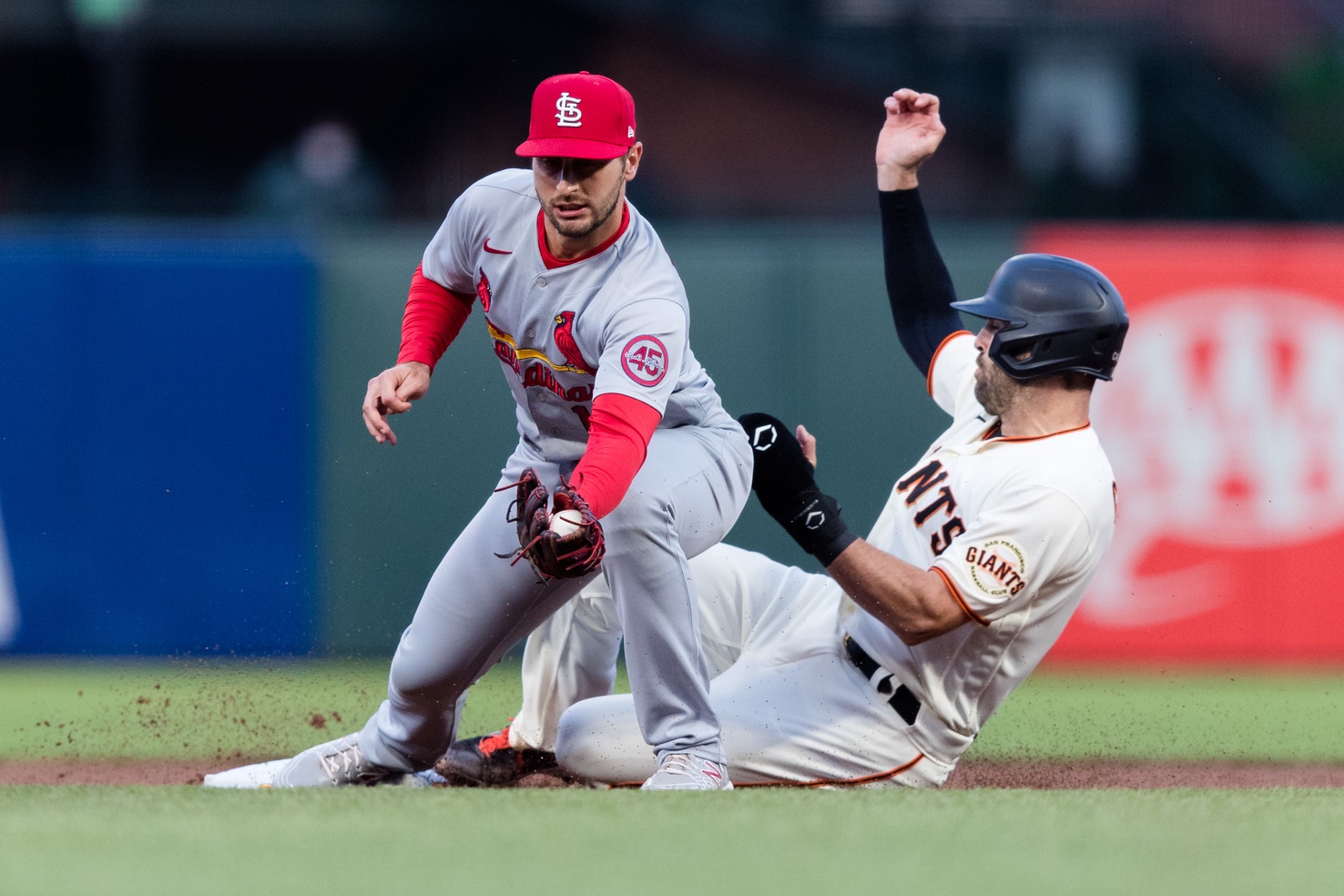 Two wildcard contenders will close out this week in baseball on Sunday night when the St. Louis Cardinals wrap up a three-game series with the San Francisco Giants. These teams are very familiar with one another already, as they split a four-game series in San Francisco just last week. Both teams are currently a couple games out of first place in their divisions and looking to close the gap.

We will see the St. Louis Cardinals welcome the San Francisco Giants to Busch Stadium in St. Louis, Missouri on Sunday, May 15, 2022. This game will be televised on ESPN as part of Sunday Night Baseball at 7 p.m. ET.

There have yet to be any MLB game lines released on this game as this is being posted on Thursday afternoon. However, the place to find all the best MLB betting odds is SugarHouse Sportsbook.

San Francisco is going to send Alex Wood to the mound for this game on Sunday night. Wood has been a decent starter for the Giants this year, but he has been a little fortunate if you compare his WHIP to his ERA. He has thrown 30 innings in six starts, and he has a 1.37 WHIP with a 3.60 ERA. Wood has averaged a strikeout an inning, and he was sharp in his last outing, but he has yet to last past the sixth inning. This will be his first start against St. Louis, as he was on the mound for the final game in the previous series last week.

St. Louis has yet to name a starter for Sunday night. The hope is that Adam Wainwright will be able to come off the IL by that point though. Wainwright was placed on the IL last week because of COVID, and he previously stated that he has felt fine with no symptoms from the virus. The 40-year-old continues to pitch very well and put together his best start of the season last Wednesday. Wainwright pitched seven innings and allowed just two baserunners in a 10-0 shellacking of the Kansas City Royals.

We’ve seen a surprising amount of offense from San Francisco this season. The Giants rank third in MLB with 155 runs scored, but they have been largely doing it without the long ball. The two teams with more runs than San Francisco have 10 more home runs than the Giants.

There hasn’t been a single great hitter for the Giants, and they use a lot of platoons in order to take advantage of specific matchups. Brandon Belt leads the team with an .854 OPS, and new acquisition Joc Pederson is carrying a .832 OPS.

Evan Longoria finally made his debut earlier this week, and that gives the Giants another veteran bat. They are hoping for more out of Mike Yastrzemski and Brandon Crawford though.

St. Louis found a gem in Nolan Arenado. While hitting is down across the league, Arenado has been thriving, and he is now the second-favorite to be named the NL MVP by the MLB futures odds at SugarHouse Sportsbook. Arenado is hitting .315 and leads the team with a .977 OPS. Some of his power has disappeared recently though, as he has just two home runs halfway through May.

Paul Goldschmidt has put a rough start to the season in the rearview mirror. Goldschmidt had a .466 OPS through the first two weeks of this year, but he has been raking over the last three weeks. In the last 15 days, Goldschmidt is hitting .340 with a 1.000 OPS, and he hit very well against the Giants in the last series.

Tommy Edman is also hitting well for the Cardinals, but it’s been a very difficult first month for both Dylan Carlson and Tyler O’Neill. St. Louis was banking on the two young outfielders taking another step forward this season, but both players are currently carrying negative WAR numbers.

The over might be a very good play in this game considering what we have seen from San Francisco’s offense as well as both Arenado and Goldschmidt.