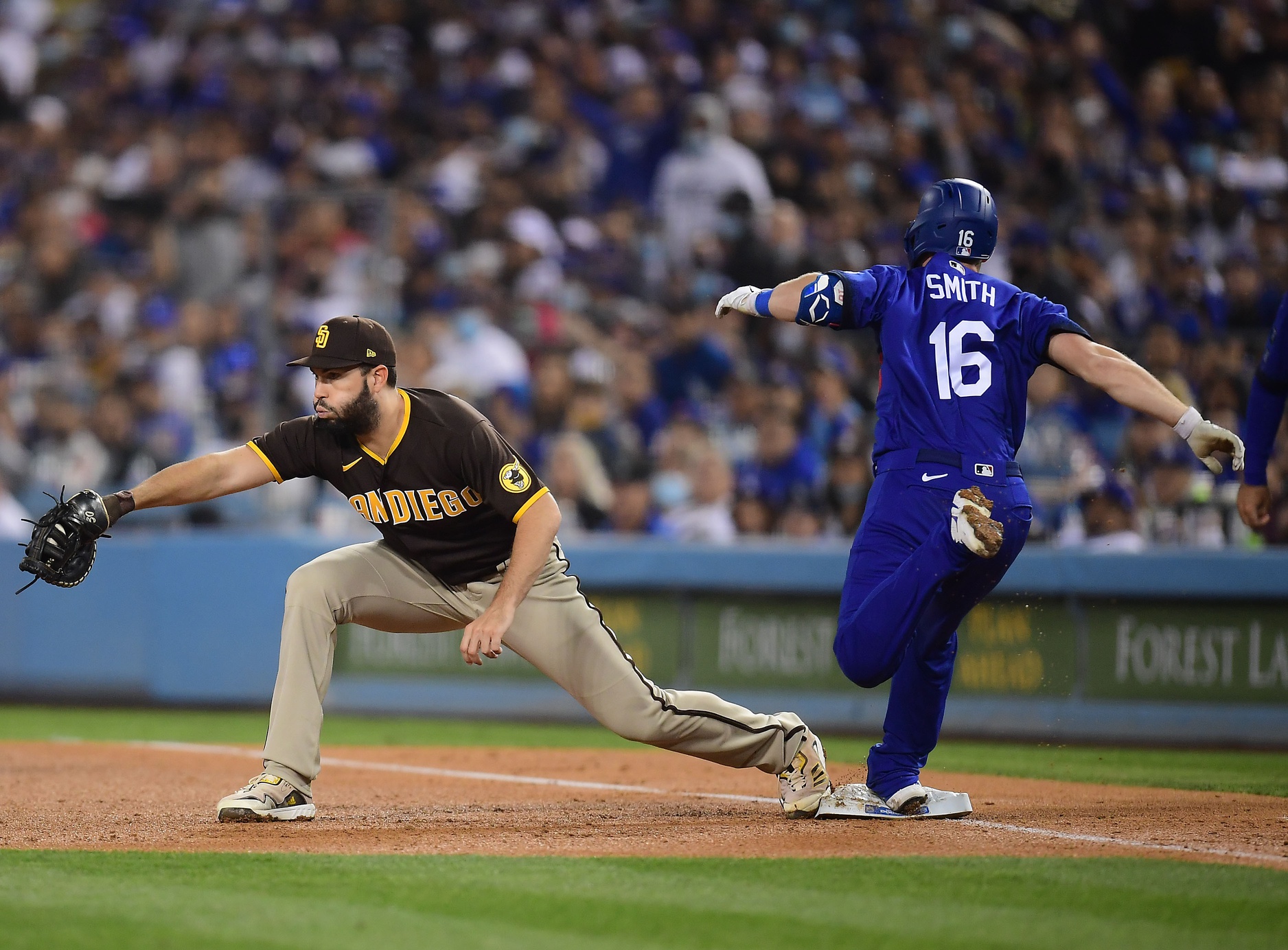 Thursday night brings baseball viewers a huge matchup between two NL West rivals. The Los Angeles Dodgers currently lead the division with a 45-27 overall record but the San Diego Padres are nipping at their heels at 45-30.

Both of these clubs have won with great pitching. The Dodgers currently boast the best staff in baseball in terms of ERA at 2.93 while San Diego ranks fifth at 3.48.

For Los Angeles, it’s been the Tony Gonsolin show. The righty leads the MLB in ERA at 1.58 on the year while also posting a perfect 9-0 record. Behind him are Clayton Kershaw, Tyler Anderson, Walker Buehler, and Julio Arias who leads the team in strikeouts. On the backend, the Dodgers rely on Craig Kimbrel who has recorded 13 saves.

San Diego, meanwhile, leads the majors in quality starts, seeing their starting pitchers have success deep into games. Joe Musgrove leads the way with an 8-1 record and sparkling 2.12 ERA. Yu Darvish, Sean Manea, Blake Snell, Nick Martinez, and Mackenzie Gore have also produced in a deep starting staff. The Padres typically call on Taylor Rogers to close games out, and he’s been successful with 22 saves in 25 tries.

While the pitching has been great for both clubs, each will have its hands full with the opposing lineup. The Dodgers possess a fantastic all-around order. They can attack you in many ways, boasting top five marks in runs scored, walks, stolen bases, and on-base percentage. They’ve also smacked 86 homers which ranks fifth in the National League.

Mookie Betts has led the way for the Dodgers, hitting .273 with 17 home runs and 40 runs batted in. Unfortunately, it looks like he’ll miss this contest with a rib injury. Los Angeles will rely on Trea Turner, Freddie Freeman, and Cody Bellinger to pick up the slack.

The Padres haven’t shown as much power, with just 63 homers through 75 games, but they’ve been able to put runs on the board in other ways.

Manny Machado leads the way, pacing the team in homers, RBIs, and average (.328/12/46). He’s been a one-man wrecking crew, but he’s gotten a little help from Eric Hosmer, Jake Cronenworth, and Jurickson Profar. Like the Dodgers, though, their most consistent hitter could be out of the lineup. Machado injured his ankle, and while the Padres are hoping he can avoid the IL, he could miss this game. If he’s unable to go, it would be a huge blow to San Diego’s offensive production.

Can the Padres inch a game closer in the division race or will the Dodgers create some separation? Betmaker takes a look at the upcoming matchup to give a preview and prediction.

Musgrove has been absolutely dominant this season. He leads the team with an 8-1 overall record accompanied by a minimal 2.12 ERA. He’s certainly gotten himself into the Cy Young conversation over the first half of the season.

Musgrove has thrown a ton of innings already, going 85 frames in his 13 starts. That means he’s going deep into games, averaging more than six innings per appearance. He’s gotten his team to the seventh frame in each of his last five starts.

Unfortunately, his last start didn’t go as planned. He allowed six runs in six innings of work, losing to the Phillies. It was his first loss of the year, but he’ll hope to bounce back.

White has only started five games this year, posting a 1-1 record with a 4.25 ERA. He’s been a bit up and down in those five starts, allowing three runs or more in three starts and no runs in the other two. He hasn’t been able to go deep into contests, though, which could cause the Dodgers to lean on their bullpen.

Odds aren’t yet posted at Sugar House Sportsbook but we’ll lean on the pitching matchup here and take the Padres. With some key players missing from both sides, we’ll also take the under.

Musgrove should bounce back after a rocky start last outing and notch the win.

The Pick: San Diego Padres to win, UNDER the run total