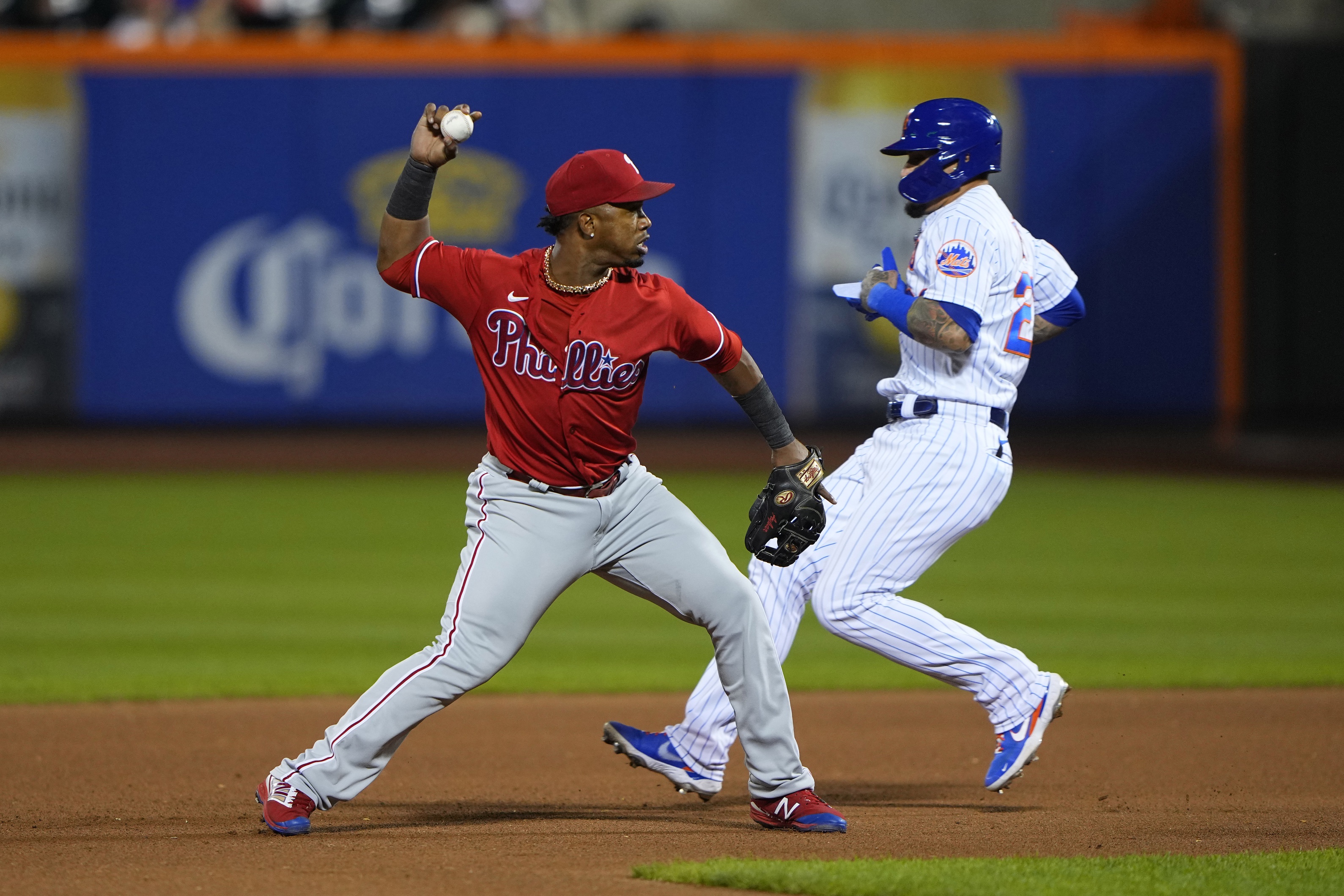 The New York Mets are the best team in baseball through the first month of the season. The Mets are 14-6 heading into their three-game series with the Philadelphia Phillies starting on Friday night. A lot was made of their rotation prior to the start of the season, but the offense has been one of the best in baseball by averaging 4.7 runs through their first 20 games. That has led to the Mets falling in the MLB World Series odds, and the MLB live odds have the Mets favored to beat the Philadelphia Phillies on Sunday night.

On Sunday, May 1, 2022, the New York Mets will host the Philadelphia Phillies at Citi Field in Queens, New York. This game will close out the weekend as part of ESPN’s Sunday Night Baseball coverage, and it will be broadcast on the mothership at 7 p.m. ET.

A strong start to the season has led to the New York Mets being odds-on favorites to win the NL East at SugarHouse Sportsbook. The Mets have just two division titles since 1988, but new owner Steve Cohen has put his money where his mouth is with his intention of making this a competitive team once more. They have one of the highest payrolls in baseball and have shelled out big money in free agency since Cohen took over.

One of those players will be on the mound for the Mets on Sunday night. Max Scherzer signed the most lucrative contract ever for a pitcher in the offseason, agreeing to a three-year, $130 million contract. Scherzer is a future first-ballot Hall of Fame pitcher, and he is still one of the elite arms in the game at 37 years old. He is currently the favorite to be named the NL Cy Young Award by the MLB betting odds.

Scherzer wasn’t great in his first start of the season, but he has been lights out in his last three starts. He has allowed just eight hits and two earned runs in his last 18 innings, and the Mets have won all four of the games that he has started. One of those victories came over the Phillies in Philadelphia back on April 13, as Scherzer allowed just five hits and one earned run in five innings while striking out seven batters.

The Mets went on to win that three-game series in Philadelphia. The Phillies only win came in the first game, and it was due to a collapse from the New York bullpen. Trevor May, Joely Rodriguez, and Seth Lugo all allowed multiple baserunners in the eighth inning and a total of five runs.

Philadelphia is expected to send Zach Eflin to the mound. Eflin has a 1-1 record, and the Phillies are 2-2 in his games this year. He has posted solid overall numbers with a 3.20 ERA in 19.2 innings, and his 1.12 WHIP is one of the top totals among starting pitchers. However, he hasn’t faced a lineup like the Mets yet. His four starts have been against Colorado (twice), Miami, and Oakland.

A lot of attention will be paid to Kyle Schwarber on Sunday night. His blowup after a called strike three in last Sunday night’s 1-0 loss to Milwaukee was national news. Schwarber rightly pointed out the major problems with Angel Hernandez’s strike zone throughout the game, but we should see a more demure version of the slugger this time. He is off to a rough start this season with a .164 batting average and a .661 OPS through his first 77 plate appearances.

The Phillies have looked good on offense despite Schwarber’s struggles. Reigning NL MVP Bryce Harper has already driven in 13 runs and leads the team in steals, while Nick Castellanos and J.T. Realmuto are both hitting well. Castellanos is the best slugger on the team with a .329 average and a .921 OPS through 19 games, while Realmuto is hitting over .300 as a catcher.

The best bet in this game is the over. The total will be a run lower than usual with Scherzer on the mound, but the Mets can hit. Additionally, their bullpen isn’t great, so Philly can tack on runs late in the game.