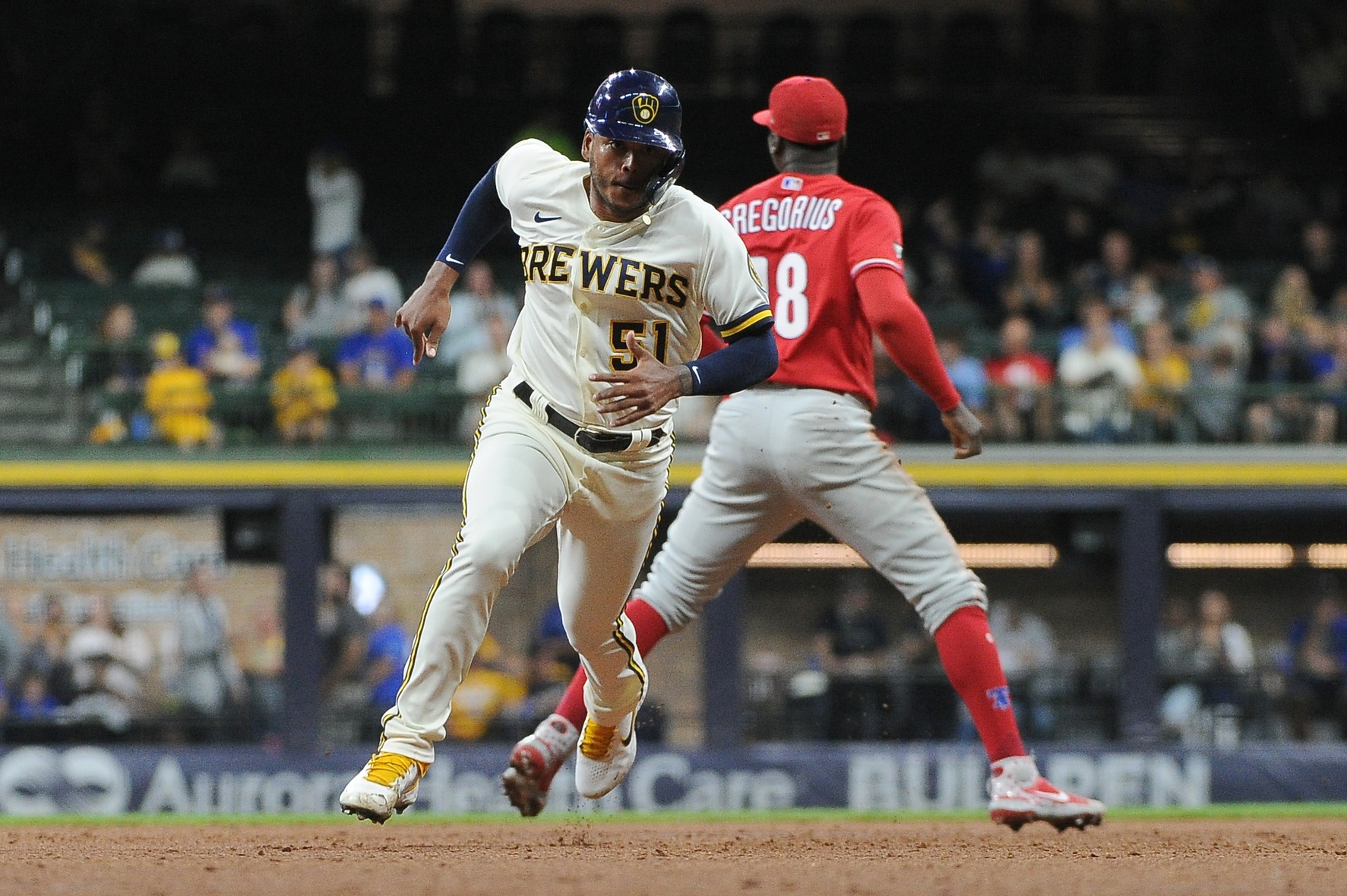 It’s been a good start to the season for the Milwaukee Brewers. The reigning NL Central champions swept the Pittsburgh Pirates earlier this week and come into a three-game series with the Philadelphia Phillies at 8-5. Dual aces Brandon Woodruff and Corbin Burnes have both bounced back from rough starts with good outings recently, but it will be Eric Lauer that comes to the mound for the Brewers on Sunday night. Philadelphia will counter with ace Aaron Nola, and that means the Phillies will be favored per the MLB betting lines at SugarHouse Sportsbook.

The Philadelphia Phillies will host the Milwaukee Brewers at Citizens Bank Park in Philadelphia, Pennsylvania on Sunday, April 24, 2022. This game will close out the weekend as part of ESPN’s Sunday Night Baseball coverage, and it will be broadcast on the mothership at 7 p.m. ET.

While neither the Milwaukee Brewers nor the Philadelphia Phillies are among the first set of World Series contenders, the World Series betting odds have the Brewers among the second set of contenders. Milwaukee is currently 14-1 after its good start, and the Brewers are still the odds-on favorites to win the NL Central at SugarHouse Sportsbook. However, Philadelphia is seen as the third-best team in the NL East behind Atlanta and New York.

Eric Lauer will be making his third start of the season. Lauer has been very good through two games for a fifth starter, throwing 10.1 innings with a 1.06 WHIP and a 3.48 ERA. However, his two previous starts came against some of the worst offenses in baseball. He previously took the mound against Pittsburgh and Baltimore, and both the Pirates and Orioles are expected to be among the bottom five teams in run production.

Philadelphia has much more offensive firepower. The Phillies have several quality bats on their team, led by reigning NL MVP Bryce Harper. The two-time MVP has not gotten off to a hot start with a .220 batting average and a .730 OPS through 13 games, but he might be due for a breakout series. Although he has a .228 batting average in 48 career games against Milwaukee, he has 11 home runs and nine doubles in 202 plate appearances.

The best hitter for the Phillies so far has been offseason addition Nick Castellanos. Philadelphia signed Castellanos to a five-year, $100 million deal last month, and he has gotten off to a solid start with his new team. He leads Philly with a .306 batting average and a .953 OPS.

Kyle Schwarber, J.T. Realmuto, and Rhys Hoskins are all solid hitters too, and Alec Bohm has looked very good when he has been on the field.

Aaron Nola will step to the bump for the Phillies on Sunday night. Nola has already made three starts for the Phillies this season, but he has not performed too well. He is carrying a 1-2 record with a 5.52 ERA and has given up multiple runs in all of his starts. However, if you dig a little deeper, there is no reason to panic. Nola is averaging a 9.8 K/9 with a 1.16 WHIP, so opponents are hitting a little better than they should off of him at this point.

Milwaukee was eliminated from the postseason after scoring six runs in four games last year. The Brewers desperately need hitting, but they haven’t done too much to address the issue. They signed a past-his-prime Andrew McCutchen and traded for Hunter Renfroe this offseason.

Former NL MVP Christian Yelich hit a grand slam against Pittsburgh on Monday, but he has otherwise been relatively listless this season. Yelich is carrying a .195 batting average and a .699 OPS into this game. Renfroe, McCutchen, Kolten Wong, and Willy Adames all have an OPS under .700 too with both Wong and Adames under .550 while hitting less than .200.

The beefy Rowdy Tellez has been the only reliable hitter for the Brew Crew. Tellez is carrying a .920 OPS on the strength of hitting three home runs in 37 at-bats. It’s important for Milwaukee to get more power out of this lineup, as he is the only player with multiple dingers.