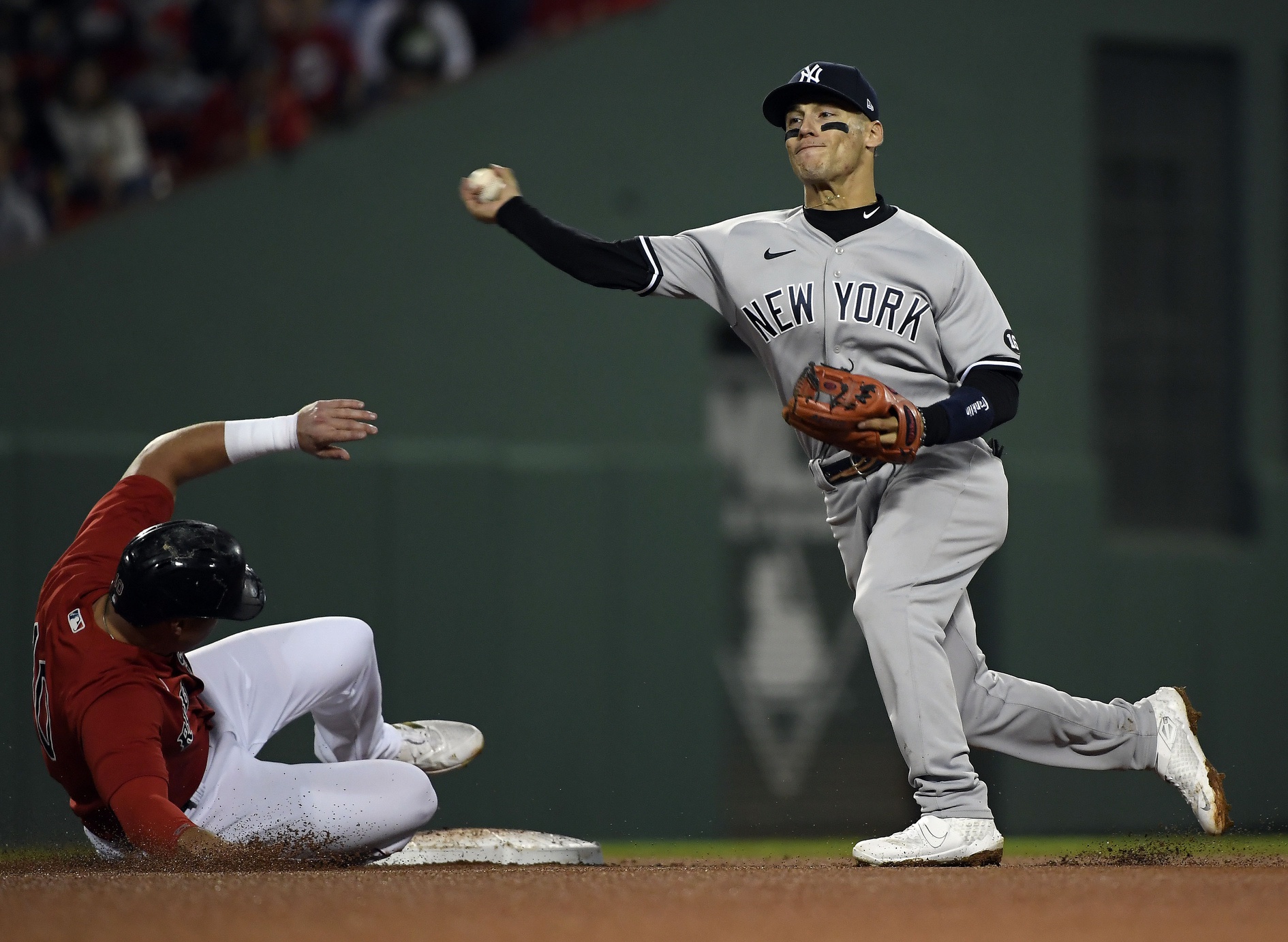 The fiercest rivals in MLB will face off in the opening series of the season. The New York Yankees and Boston Red Sox are going to close out the first weekend of baseball on Sunday Night Baseball. Their first game on Thursday was postponed due to inclement weather, but we are expected to see clear skies in all three games from Friday to Sunday.

On Sunday, April 10, 2022, the New York Yankees will host the Boston Red Sox at Yankee Stadium in The Bronx at 7 p.m. ET on ESPN. Luis Severino is expected to make his first start in three years for the Yankees, while Tanner Houck will take the bump for Boston.

New York is usually one of the favorites per the preseason World Series betting lines, but the Yankees have the fourth longest odds to win the American League at SugarHouse Sportsbook. They are currently behind the Houston Astros, Toronto Blue Jays, and Chicago White Sox, but the Yanks are never far behind even though they haven’t won a World Series in over a decade now.

This lineup is loaded with power. The Bronx Bombers have five players that could hit 30 or more home runs with the acquisition of Josh Donaldson from Minnesota. They re-signed Anthony Rizzo to give this team more power, and outfielders Joey Gallo, Aaron Judge, and Giancarlo Stanton can all mash.

The problem that the Yankees had last year was that they couldn’t hit for average. New York ranked 23rd in the MLB with a .237 batting average, putting them below a rebuilding Cleveland team. D.J. LeMahieu had a very down year after signing an extension with the Yankees, and only five players with at least 175 at-bats hit at least .250 for the team.

Luis Severino’s return to the rotation will be the big story on Sunday night though. Severino looked to be a star in the making after making the All-Star Team in 2017 and 2018. He was brilliant during both seasons, and he was likely to be the Opening Day starter for some time.

Unfortunately, Severino has suffered multiple injuries since signing a four-year, $40 million contract with the Yankees. He missed 2019 due to shoulder problems, and he had to have Tommy John surgery prior to the start of spring training in 2020. Severino has thrown a total of 18 innings at the major league level since the end of the 2018 season, so everyone is eager to see him in action.

Boston might be the odd team out in the AL East this year. The division is stacked with four talented teams, but the majority of World Series predictions favor the Yankees, Blue Jays, and Tampa Bay Rays in the same division.

The big addition for the Red Sox this offseason was signing Trevor Story to a six-year, $140 million contract. Story was an All-Star twice in Colorado, but he finished with an .801 OPS last season and did not have a great contract year. Additionally, his career home/road splits aren’t too great considering he will no longer be hitting in Coors Field. Story posted a .972 OPS in 375 games in Coors Field over his career, but he is carrying a .752 OPS through 370 games at other stadiums.

Still, the Red Sox have one of the best lineups in the American League even if Story doesn’t perform well. Rafael Devers, J.D. Martinez, and Xander Bogaerts are all elite hitters, and there is a lot of promise surrounding the young Bobby Dalbec.

The big concern for the Red Sox is pitching. This rotation is not that good, and Boston will be asking a lot of Tanner Houck this season. Houck was a decent starter last year, but he fell apart in the postseason. He allowed five earned runs in 4.1 innings through three games, so it will be interesting to see how he performs when he is a starter again.

Houck had a lot of success against the Yankees in two starts last season, but he won’t have much luck on Sunday night. The Bronx Bombers will unload and lead the home team to a win.