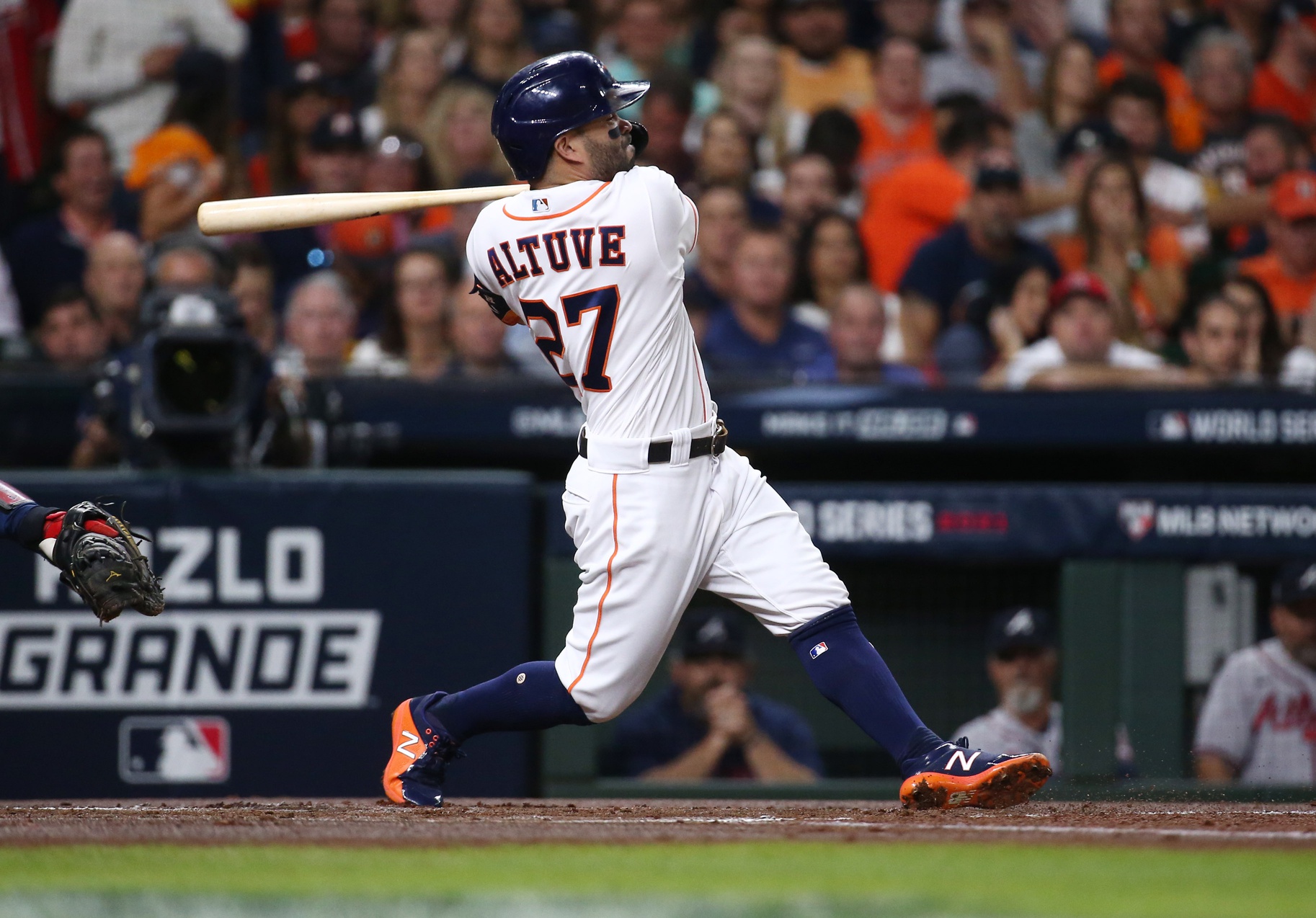 Two of baseball’s best teams square off this weekend in interleague action, with the Astros traveling to Atlanta to take on the Braves. Houston sits at 75-43, recently overtaking the Yankees as the top team in the American League. The Braves, meanwhile, have gained ground in the NL East, now trailing the Mets by 3.5 games.

This will be a matchup of strength on strength with an impressive Houston pitching staff facing off against a potent Atlanta lineup. Which will have the upper hand in this huge weekend showdown?

BetMaker previews the series and gives a prediction for the Saturday matchup.

Houston enters with one of the best pitching staff in the majors. The Astros boast a team ERA of 3.04, which tops the American League. The starting rotation has been dominant, leading the MLB in quality starts, while the back end has posted an MLB-leading 2.90 ERA.

The Astros’ staff also leads the majors in opponent batting, limiting hitters to a .214 team average. They hold a top 10 rank in strikeouts while having allowed the fewest home runs in the American League. Both of those stats could prove important when facing the Braves’ powerful order.

Atlanta leads the National League in both home runs and strikeouts, sometimes seeing an “all or nothing” approach. More times than not, though, it’s led to success as the Braves hold top five MLB marks in runs scored, total bases, and slugging percentage.

Houston’s offense hasn’t been too shabby either, ranking ninth in run production and third in homers. The Astros hit .244 as a team and have struck out the second-fewest times in baseball. Something will have to give when squaring up with a Braves staff that leads the National League in Ks.

The pitching matchup in the Saturday contest should be a doozy. We’ll see a pair of 7-win starters, both holding ERAs below 3.05.

Javier is 7-8 on the season despite having posted a minuscule 2.96 ERA. He’s not received the same run support as many of his teammates, leading to a losing record despite that impressive earned run average. The righty has struck out 138 hitters through 106.1 innings of work while allowing 13 home runs and a .184 opponent batting average.

On the road, Javier is 2-4 with a 3.80 ERA, more than a run higher than his earned run average in Minute Maid Park. He’ll hope to keep the runs at a minimum in Truist Park against the Braves.

Strider has been one of the more productive arms on the Braves staff, posting a 7-4 record and 3.04 ERA. The righty has struck out 142 batters through 94.2 innings while allowing just five home runs and keeping hitters to a .184 average.

At home, Strider has been at his best. He’s 4-1 in Truist Park with a 2.66 ERA. He’s also excelled in night games, going 6-2 with a 2.56 earned run mark. If that output continues on Saturday, it could spell trouble for the Houston order.

This should be a heavyweight bout and an important interleague series for the playoff race. Houston is looking to lock up the No. 1 seed in the American League while the Braves look to get out of the wildcard hunt and into a pennant race with the New York Mets.

For Saturday’s meeting, we’ll lean on the Braves, who have been red hot over the last week and a half. They’ve won eight straight games, landing sweeps over the Marlins and Red Sox. They’ve also taken a pair of matchups versus the Mets.

Spencer Strider has been great at home, and he’s been maybe the best Atlanta arm when it comes to keeping the ball in the ballpark. Combine that with an impressive strikeout ability, and Houston will find it hard to score runs. Take the Braves to win a low-scoring affair.