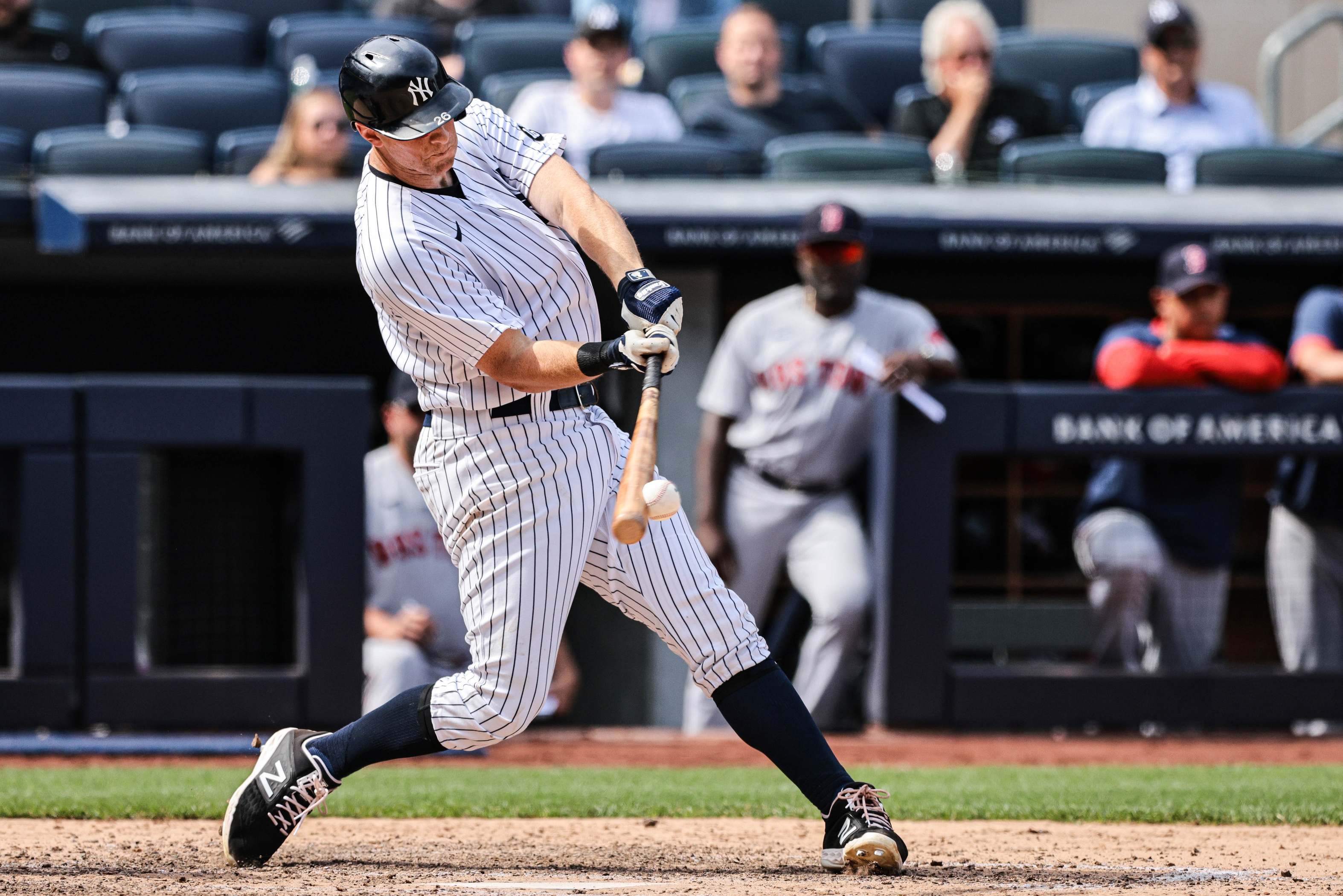 Major League Baseball is wasting little time ramming the Boston Red Sox and New York Yankees down baseball bettors’ collective throats with the hated AL East rivals set to kick off Opening Day in the Bronx. Gerrit Cole will toe the starting bump for the Pinstripes, while the BoSox counter with Nathan Eovaldi who enters 2022 off the best campaign of his professional career. This pairing is a rematch of the 2021 Wild Card play-in game that saw the Red Sox punish Cole through two innings enough to cruise to the 6-2 triumph; Eovaldi went on to log the win. It’s pretty safe to assume the Bronx Bombers will be out for revenge with Aaron Boone’s squad likely installed decided favorites at DraftKings Sportsbook to take the opener of this extended four-game series. Even so, it’s going to be hard to not lay the chalk with Cole and his teammates being out for blood.

The AL East figures to be one of the more competitive divisions in all of baseball this season. That’s highly evidenced with the Toronto Blue Jays (+165), Yankees (+200), Tampa Bay Rays (+330), and Red Sox (+550) bunched so closely with one another according to the current divisional pennant odds. The quadrants season win totals are separated by a total of seven-games with the Yankees clocking in at 91.5 and the Red Sox at 85.5. Linemakers forecast Boston to be the weakest of the bunch ahead of only the Baltimore Orioles. While the Red Sox won 11 of the 20 overall skirmishes with the Pinstripes a season ago, they only managed four wins in Gotham where New York won 46 games a short season ago. Obviously, that wasn’t enough to win the division so I’m expecting a concerted effort to play even better ball when in front of the hometown faithful throughout 2022.

Nathan Eovaldi (R): Eovaldi put forth one of the best campaigns of his career by going 4-2 with a 3.72 ERA through just over 48 innings of work in the COVID-shortened 2020 season. MLB bettors weren’t completely sold. They needed to see him do it again over a longer time period. Well, the right-hander did exactly just that pitching to a 3.75 ERA, 1.19 WHIP, 9.6 K/9, and a 2.79 FIP – the best output of his 11-year career. He only conceded 0.7 home runs per nine innings, and his 1.7 BB/9 was one of the best outputs in the game with a minimum of 180 innings pitched. It all resulted in an All-Star Game appearance along with finishing fourth in Cy Young voting and 15th in MVP voting. He went 2-2 with a 3.71 ERA and .279 BAA over six starts against the Yankees last season.

Gerrit Cole (R): I’m not sold on the Yankees fan base being too thrilled with the nine-year, $324 million contract upper management inked Cole to prior to the 2020 season. Though the righty has been rock solid in combining for a 23-11 record and 337-58 K/BB ratio over the last two seasons, he’s failed to come through for the team in the biggest of spots. Case in point last year’s play-in game, and the year prior Game 5 of the ALDS versus the Rays; a game NY dropped 2-1 after he only managed 5.1 innings. Though not one to give up an exorbitant amount of long balls, he always seems to serve one up at the most inopportune of times. It happened in last year’s play-in game and is likely to occur again. He had a rough go of it against Boston last season pitching to a 4.91 ERA and allowing 24 hits (5 HR) through 22 total innings of work over four starts.

This is a huge game for Cole and the Yankees! They were sent home by the Red Sox in this exact pitching matchup a season ago. Though the roster hasn’t gone through many changes save for adding Josh Donaldson at third base, the overall health of the team is currently at an all-time high. The start of 2022 will be the first time MLB bettors will get to see the Yankees trot their expected roster makeup out onto the playing field. While Boston’s addition of Trevor Story stole some headlines, it’s the health of the Yankees that I’m most concerned with. When 100 percent, there might not be a team in the American League that can handle its thunder; not even the AL East favored Toronto Blue Jays! As such, I’ll wager on them getting out to a hot start by taking this opener in a heavy chalk role.