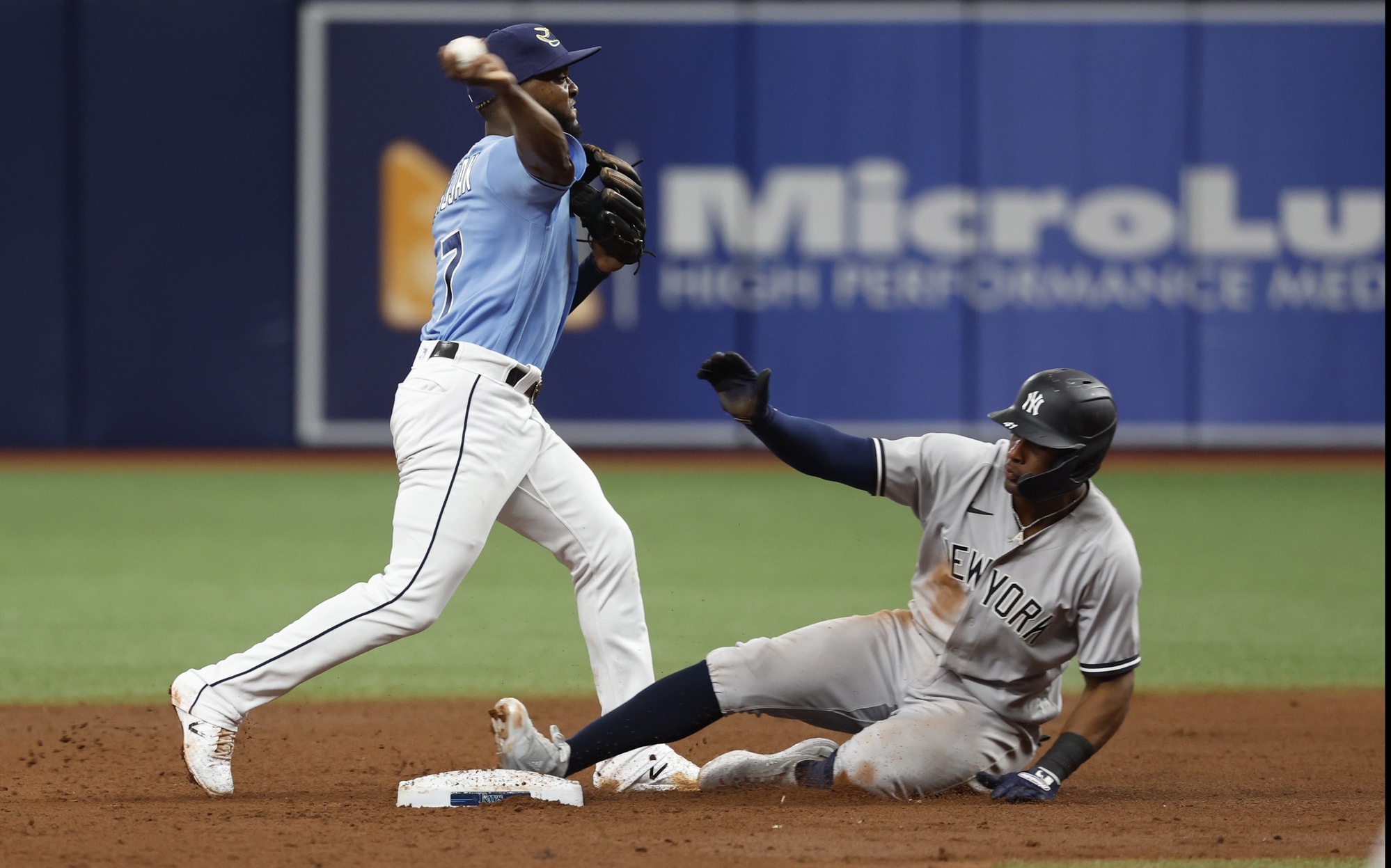 The New York Yankees continue to destroy everything that gets in their path. After demolishing the Chicago Cubs over the weekend, Aaron Boone’s troops have built up a hefty 8.5-game lead atop the AL East standings. SugarHouse Sportsbook currently has AL MVP favorite Aaron Judge and his teammates lined decided -305 favorites to take home the division pennant with relative ease. If the Tampa Bay Rays are to have any sort of relevancy in the division race moving forward, it’s going to need to start stockpiling some wins against its division rival.

That’s the task set before Corey Kluber in the series opener as he looks to log a third straight win and keep his overall record above .500. Easier said than done however with the righty set to square off against Yankees’ staff ace Gerrit Cole who got his bell rung last time out by the Minnesota Twins. These teams split their four earlier matchups this season with the under cashing in three times.

The month of June hasn’t treated the Rays kindly. Of its three series played, it only came out victorious once and enters this three-game set with the Pinstripes off a series loss in Minnesota. Even so, the squad sits 10-games over the breakeven point for the season which has equated to $180 in overall profit for their wagering supporters. Sunday’s win at the Twinkies moved them to 14-12 on the road ($18).

Dependent upon how Sunday night’s matchup between the Mets and Angels plays out, the Yankees could enter the week as the most lucrative bet in the game. Sunday’s thrashing of Chicago moved the Yanks to 44-16 overall ($1,116) as well as 26-7 as hosts ($767). It’s swept each of its last three home series, and has only dropped one played series in front of the hometown faithful all season!

Corey Kluber (R): The right-hander tossed five innings of 3 ER ball at the St. Louis Cardinals to log his third win of the season last time out. Kluber came out for the sixth but proved to be ineffective which cost him a shot at securing a third straight quality start as well as the fourth in his last five turns. That being said, he wasn’t overly impressive. Everything was sub 90 mph and he only accrued four whiffs on his 24 breaking pitches – not good! The veteran has been exceptional in the Trop (3.03 ERA) and horrific on the road where his ERA bloats to 5.09 in serving up 27 hits through 23 innings. He tossed six innings of 1 ER ball at the Yankees back on May 28, but that outing occurred at home where he’s been much better to date.

Gerrit Cole (R): In Cole’s last four trips to the bump, he’s logged a win, loss, and a pair of no decisions. Two of those outings failed to be of quality after serving up 12 earned runs combined to the Orioles and Twins through 10.1 total innings of work. He enters start No. 13 5-1 with a 3.63 ERA and an impressive 84:17 K/BB ratio. Per usual, he’s conceding better than a home run per nine innings (1.5) but has only served up 7.4 hits per nine which is on par with last season’s output. Though he’s issuing better than 2.0 free passes per nine, his 11.3 K/9 average has more than made up for it. The power righty has been dominant at home where he’s thrown to a 2.87 ERA, 0.82 WHIP, and .196 BAA. Tampa has however been his nemesis evidenced by his 1-6 career record through 12 starts (4.21 ERA). With Tampa striking out north of 25 percent overall and at a 27 percent clip against righties, the over of Cole’s likely 7.5 K prop will be in play.

I have zero desire to stand in the way of the Bronx Bombers right now. Regardless of all the injuries to the back end of the bullpen, this team just continues to bulldoze opponents en route to logging the best overall record in the game. Cole looking to bounce back paired with Kluber’s inefficiencies when pitching away from St. Petersburg gives the home team an enormous advantage on the starting bump that will undoubtedly be reflected in the MLB odds at SugarHouse for this matchup. The Yanks clock in 30-11 and up over $1,100 versus right-handed pitching to date. Kluber’s weak sauce offerings likely don’t stand a chance as hot NY is swinging the sticks right now. Though it’ll still be chalky, I’ll lay the -1 run-line with the hosts in the opener.